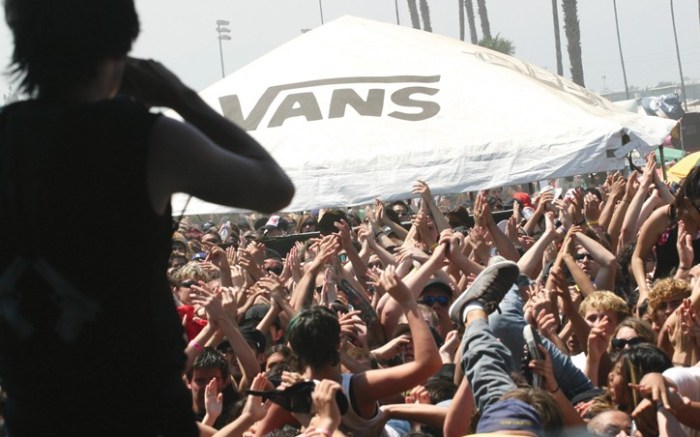 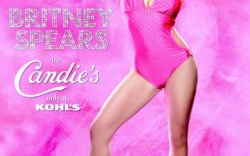 “This was a huge marketing machine,” said Monique Umeh, accessories editor at Stylesight, a New York-based firm specializing in trends and fashion forecasting. “At the concerts, thousands of kids, at Rev Run’s request, would hold their shell-toe Adidas shoes in the air to show their allegiance to the brand and to Run DMC. That was really the first time you saw that kind of relationship.”

Two decades later, footwear players from across the industry are still tapping into musical partnerships. In a tough economy, firms are finding that these collaborations are helping to spark interest and, more importantly, drive sales.

Most recently, Reebok inked a deal with rapper Fabolous to be the latest artist to participate in its Classic Remix music series. Fabolous is out promoting his new album and will headline a five-city concert tour for Reebok, in conjunction with New York-based athletic chain Foot Locker.

“It’s always great to get an artist when they’re out there touring,” said Todd Krinksy, head of sports and entertainment marketing for Reebok. “His videos are very much about cool and street fashion.” Krinsky noted that the collaboration is helping to spur business, but that there are other advantages as well. “It isn’t just about selling shoes, it’s about giving consumers a new experience.”

That formula has worked well for Vans, which, for 15 years, has partnered with the Warped Tour, now the longest-running concert series in the U.S.

“We know that kids who wear Vans love their music,” said Chris Overholser, a spokesperson for the company. “We’re underscoring our heritage in music, but we’re also aligning ourselves with acts and brands that have the same appeal to our fans. It’s pretty amazing, especially in this environment that it’s not only surviving, it’s thriving. We’ve had higher advance sales this year than ever. You can attribute that to the strength of the Warped Tour name. It’s becoming a tradition of summer.”

Though Overholser said the tour is the No. 1 way Vans is connecting to consumers through music, the firm also has had success working with bands on product initiatives. In the past, the brand has teamed with No Doubt on a special release for its fan club, created shoes for Pearl Jam to wear on its tour and collaborated with Kiss on shoes, T-shirts and board shorts.

Other juniors’ names such as Steve Madden have also been getting more involved with music. Since launching Steve Madden Music in 2008, the company has hosted a series of in-store events with up-and-coming artists. Past participants have included Jazmine Sullivan and Katy Perry, and last month, newcomer Jessie James performed in the Steven store in New York’s Lower East Side, where she announced she would wear Steve Madden shoes in all her upcoming performances.

“For me, the designing process is a lot like putting out a single,” Madden said of the synergy between the two industries. “A single is like a shoe, and an album is like a collection. It’s all about the public catching on, and they do.”

Iconix Brand Group Inc.’s Candie’s label — which has partnered with chart-topping artists for years — has had huge success this summer with its latest spokeswoman: superstar Britney Spears. In March, Candie’s, which is sold exclusively at Kohl’s, signed a two-season deal with Spears that includes a national campaign, commercials and an agreement to outfit the singer and her dancers in Candie’s merchandise on tour.

The timing of the deal proved to be lucrative for Candie’s since Spears — who had been plagued by personal woes — was on the verge of a comeback.

“Candie’s is a brand that typically takes risks in our marketing. This was a calculated risk. We felt really good about where Britney was going and being able to partner with the tour,” said chief marketing officer Dari Marder. “And we see the immediate reaction, the traffic that it drives to Kohl’s and we see it in sales.”

Marder added that the collaboration has gotten a big boost from social networking sites such as Twitter. “Britney would tweet about Candie’s and post things on Facebook, and that kind of exposure really helped to leverage all the excitement for the brand at Kohl’s,” she said.

And luxury brands, including John Varvatos, Louis Vuitton and Gucci, are also getting in on the act, said Umeh. “Right now is a good time for designer brands to experiment with these artists,” she said. “They need to draw other audiences because it’s a difficult time in the market. I don’t know if the economy is directly driving these creative marketing vehicles, but it’s definitely got [the brands] asking, ‘How do we get more people in [the store]? How do we keep people paying attention?’”

She commented that it was likely the driver behind the John Varvatos USA “Free the Noise” contest, staged in partnership with Island Def Jam Music Group and Spin Earth.

According to Mark DiDia, EVP and GM at Island Records, Varvatos came to him with the idea for the contest, which was designed to find the next great rock ’n’ roll band, and the marriage seemed like a good fit.

“Part of my goal is to push the boundaries of how we sign and market bands,” DiDia said, adding that hundreds of bands from all over the world, including Israel, Egypt and Malaysia, submitted their music. (The winner will be announced next month.)

Further into the luxury arena, Louis Vuitton proved this year that even $1,000 sneakers will sell out when a popular music star is tied to the label. When the brand tapped Kanye West for a sneaker collaboration that bowed in July, the merchandise sold out before the collection ever hit stores — at price points of $840 to $1,140.

“There were waiting lists and wish lists,” said Umeh. “[The shoes] didn’t even get to the shelves.”

Gucci’s sneaker partnership with artist Mark Ronson — which will hit pop-up stores in October — will create a similar buzz, Umeh predicted, adding that limited-edition music partnerships could drive sales for long after their initial release.

“The sneaker goes away and then two seasons later, you’ll see something similar in the regular line,” she said. “More people can buy it and they have already created the excitement.”

Looking ahead, Umeh forecasts that footwear firms and musicians will continue to team up, but she said the key is to find a partnership that works. “A brand can benefit from the appeal of [these artists], but they’re subject to the fluctuation of the artists’ popularity and the risk of overexposure,” she said. “They have to be really strategic about the initiatives they choose.”