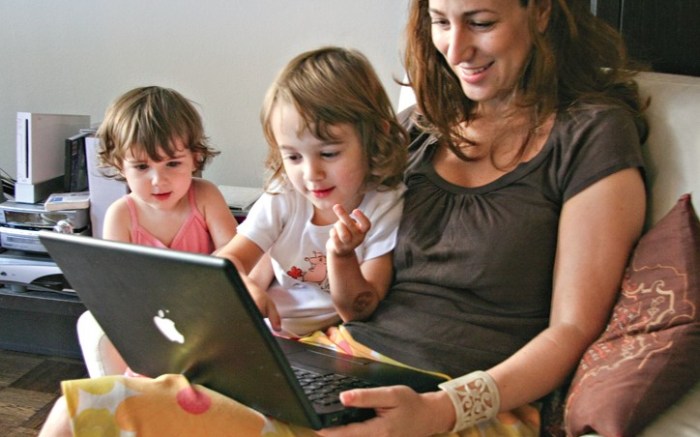 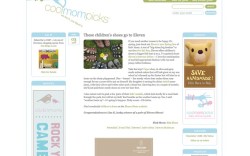 As consumers increasingly use online social media for information and advice, brands are discovering a new marketing outlet in the increasingly powerful world of mom-run blogs.

According to a 2009 study by BlogHer, iVillage and Compass Partners, 11.5 million moms are in the blogosphere on at least a weekly basis. A large number of mom bloggers are dedicated to reviewing children’s products — including shoes.

“These blogs have been around for about five years, but in very small numbers. In the last couple of years, however, there has been a huge increase in the number of them,” said Stephanie Azzarone, president of Child’s Play Communications, a firm that markets products and services for moms and manages programs catering to mom bloggers.

No wonder, then, many companies are vying to work with these Internet influencers, whose credibility is their appeal. “Working with bloggers empowers brands to speak through the voice of these moms, whom other moms trust,” said Azzarone.

When kids’ footwear startup Polliwalks readied its line of animal-inspired molded shoes for market in late 2007, the brand’s co-founder, Cheryl Andonian, turned to the blogosphere to get the word out. She approached a number of prominent mom bloggers to acquaint them with the brand, sending them press kits and product samples. “It was really out of necessity because we had a very limited ad budget, but it turned out to be the best thing we could have done,” she said.

Now, after each positive review posted online about Polliwalks, the brand experiences a spike in its own Web traffic. Not only is the impact immediate, it is residual as well, Andonian said. “Even when reviews aren’t current, we still see activity from them a year later.”

Still more powerful is the halo effect from the original review. Quite often, readers will link back to a review through other social networking sites, such as Facebook and Twitter. That generates still more links and connections, so “it really spreads,” said Andonian.

The only cost to Polliwalks has been providing a sample pair of shoes for a blogger’s child to test. Andonian also likes to offer a second pair so the blogger can host a giveaway contest online — something she said “gets you the most bang.”

While marketing through mom blogs has mostly been utilized by smaller brands and startups, bigger, more established names are also getting in on the action — especially as the economy has caused ad budgets to dry up.

Industry giant Stride Rite has ramped up its pitches to mom blogs in recent months, according to Rachel Panetta, director of marketing for the Lexington, Mass.-based brand.

“We consider reaching mom bloggers and their readers to be an extremely important marketing initiative,” Panetta said. “It’s real-time communication that has the potential to instantly reach thousands of moms at little or no cost. [These blogs] bring our brand credibility from a direct, reliable source: other moms.”

Another advantage, she added, is the invaluable consumer feedback that blog reviews provide. “Reviews generate a considerable amount of feedback on our products for us to assess. This presents a tremendous opportunity, as the feedback is very honest and lacks our external influence.”

Among the more noted bloggers is Liz Gumbinner, a New York-based mother of two who founded the Cool Mom Picks blog in 2006 with friend Kristen Chase. Gumbinner said she started it because she had a knack for uncovering unique kids’ products and wanted to tell other moms about them. “We make it very clear we’re not personal shoppers, that we don’t have publishing backgrounds. We’re simply regular moms with good taste and we just recommend what we think is cool,” she said.

The site, which has reviewed such footwear brands as Pediped, Vincent, Eleven, Livie & Luca and Stride Rite, now attracts more than 90,000 unique visitors each month. And companies are lining up to get their products reviewed: Gumbinner and Chase receive more than 100 pitches a day from independent designers, large corporations and public relations firms.

Cool Mom Picks operates much like a magazine in that the editorial and advertising are kept separate, and Gumbinner and Chase, like most mom bloggers, do not accept payment for their reviews.

However, what distinguishes the reviews by blogs such as Cool Mom Picks from magazine editorials is their personal voice. “We write our reviews in a first-person way, weaving in stories about our own lives,” Gumbinner said. “We want to be the mom next door, the mom at the playground who’s telling you where she got her cool diaper bag.”

In fact, she noted, many readers write in to say they saw an interesting product in a magazine, but wouldn’t buy it until it was reviewed on Cool Mom Picks. “Moms really trust other moms,” Gumbinner said.

Like Gumbinner and Chase, Boston-based blogger Jodi Grundig, who launched Mom’s Favorite Stuff in 2007, has been inundated with requests from marketers wanting her to plug their products. “I’m definitely seeing a lot more companies reaching out than in the past,” she said. What makes marketing through blogs so effective, she pointed out, is that once a review is posted, it becomes a fixture on the Web. “It’s searchable in Google and it lives there forever — unlike an ad,” said Grundig, who has reviewed New Balance, Robeez and See Kai Run products, among others. “Also, with an ad, it’s just an ad. You’re limited in terms of what information you can put in it. With blogging, you’re getting the words, opinion and integrity of the blogger.”

Although more footwear firms are turning to moms to tout their shoes, the blogosphere could soon face a big shakeup. Parenting blogs have come under scrutiny by the Federal Trade Commission, which is weighing whether to impose new regulations on them (a decision is expected later this summer). The issue is whether bloggers’ informal product endorsements should be considered paid advertisements if the bloggers receive compensation from the manufacturer, either in the form of free products or money.

While bloggers like Gumbinner and Grundig are watching the developments closely, both said the key to avoiding scrutiny is to be as transparent as possible with your readers about your relationships with companies. “When we write reviews, we always mention that such-and-such company generously provided us with a free product sample to try,” Grundig said. “We want to be as up-front as possible.”

Regardless of how the FTC crackdown might alter the landscape — Azzarone predicts some moms will simply stop doing product reviews, while others will look to lawyers to tighten up their disclaimer statements or seek a limited liability company status — footwear brands already on the blog wagon agree that mom blogs are here to stay.

“The old ways of marketing still have a place,” Polliwalks’ Andonian said, “but you really need to incorporate some of the new ways into the mix — otherwise, you’re going to get left behind.”