Modern Vintage on the Move 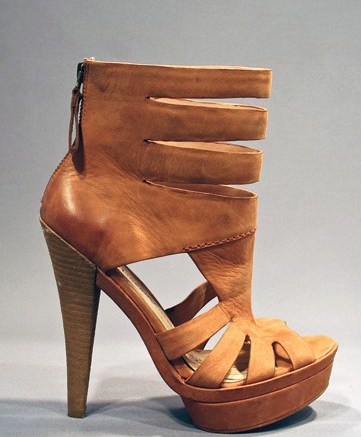 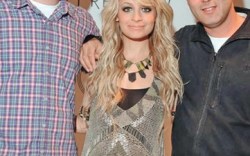 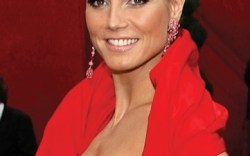 The Montreal-based company, which launched six years ago with a collection of fashionable leather boots and heels, has evolved into a $73 million business in 2009, boasting three footwear lines and two high-profile and multiyear celebrity deals.

Now, CEO Rick Cytrynbaum and his co-founder and brother, Brian Cytrynbaum, are positioning themselves for major international expansion.

Last month, the execs added to their footwear portfolio — which already includes a private-label business; the Modern Vintage, Rosegold and MRKT brands; and a partnership with celebrity socialite Nicole Richie — by inking a deal with supermodel Heidi Klum. The fashion collection, ranging from shoes to apparel, is set to debut for fall ’10.

The partnership rounds out the company’s footwear offerings, which are priced between $89 and $395, said Rick Cytrynbaum.

“We have the best of all categories,” he said, noting that he plans to spend the coming year focusing on the company’s existing brands and international growth rather than adding additional lines. “We have advanced contemporary [in Modern Vintage], contemporary [in Rosegold], opening price-point styles and celebrity lines. We have our plate full.”

Overseas, the brothers are focused on expanding the Modern Vintage business, and recently opened a Tokyo office and a showroom and distribution center in London. The company also employs more than 230 people in China, where it manufactures most of its footwear, and has designers in New York, Italy and Japan.

“We’re focusing now on our international markets and trying to spin our presence overseas,” Cytrynbaum said. “We have offices in [so many places], and that allows our designers to build a little differently.”

The Cytrynbaums made their initial entry into the footwear industry in 1999 as shoe distributors in Canada, eventually taking on that role for Donald J Pliner. By 2003, they had launched the Modern Vintage footwear brand and were simultaneously building their Majestic Mills apparel business, which includes the high-end denim company Ernest Sewn and knitwear label Twen-tee.

Those dual focuses on footwear and apparel have been a boon for the company, Cytrynbaum said, allowing it to create full celebrity lines that span footwear and clothing to accessories and swimwear. Nicole Richie’s House of Harlow brand, for example, will debut for spring ’10 with footwear priced between $168 and $225, as well as jewelry and accessories. The celebrity’s Winter Kate collection, a higher-end line with Majestic Mills and Modern Vintage, is expected to hit stores in fall ’10 and will include apparel alongside shoes and other accessories.

“We see all aspects of the fashion business. We see everything,” Cytrynbaum said, noting that the firm also invests in factories, tanneries and zipper manufacturers to help minimize production costs. “That’s why we can have a broader approach. We’re not just in the apparel business or just in the footwear business. We really know what’s happening across the board and what the story is.”

That approach, said Dan Mauney, owner of Step by Sloan in Charlotte, N.C., has resulted in unique footwear with high-fashion flair at moderate price points. “It’s different and not cookie-cutter like what a lot of other brands are doing,” said Mauney, who has picked up a few House of Harlow styles for spring to complement his other offerings, which include Kors Michael Kors, Bettye Muller, Giuseppe Zanotti and Dolce Vita. “Everything they do has a little high kick in it.”

“There’s a high-low look going on right now, [with customers] pairing Prada with a boot like Modern Vintage,” said Bloomingdales.com Fashion Director Caroline Huang, noting that she also has picked up Richie’s collection. “It’s in that sweet price point, and that’s probably one of the reasons why it’s doing so well.”

Meanwhile, Rosegold, which got its start in Europe in 2007 and is launching in the U.S. in 2010, is set to sell in about 100 doors globally, including Saks Fifth Avenue and American Rag.

Heading into the new year, Cytrynbaum is readying to launch Modern Vintage leather jackets and handbags and Ernest Sewn men’s and women’s shoes, both for fall ’10.

The recently added celebrity lines, meanwhile, are expected to bring an additional $16 million in sales in 2010, according to Cytrynbaum.