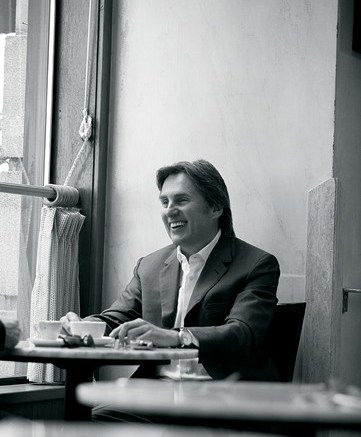 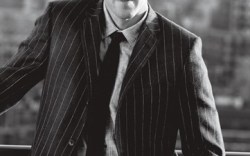 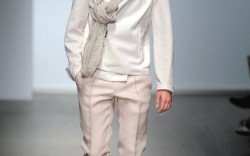 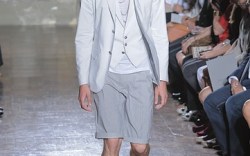 NEW YORK — The recent men’s shows in Milan and Paris offered a variety of new footwear looks, but also left many buyers wondering if it would be enough to lure consumers into stores next spring.

The high-end men’s shoe business, like nearly all luxury categories, has been battered by the recession. As shoppers drastically cut spending, buyers across the country have been charged with finding styles that will make customers open their wallets again.

Dan Leppo, VP of men’s, furnishings, shoes and sportswear at Bloomingdale’s, said a desire to shake things up among many of the footwear brands would be a positive move come spring ’10.

“There’s a sense of ‘we can’t do what we’ve always done, so let’s do new things and try,’” he said. “That’s very good for fashion.”

“I’m excited about footwear,” added Eric Jennings, VP and men’s fashion director at Saks Fifth Avenue. “When I was doing my recap [of the trip], there was so much to talk about in footwear. There’s so much newness out there.”

Overall, men’s shoe trends for spring pointed to chic and effortless casual styles that could alternate with sneakers, retailers said.

Across the board, the deck shoe stood out as one of the stronger styles. And though it is usually a fall material, suede seemed to be finding a foothold in spring product as well, with moccasin drivers, bucks and chukka boots making frequent appearances.

“Sneakers are always there,” said Mario Bisio, owner of Mario’s department store in Portland, Ore., and Seattle. “In all the major collections, there’s the tennis shoe, which looks great with jeans.”

And colors covered the spectrum.

“We’re feeling strong about the aqua, turquoise and blue family,” said Lanita Layton, VP and GMM for men’s at Holt Renfrew in Canada. “You’re also seeing a big emphasis on the lavenders in the ready-to-wear, so you’re seeing shoes in purples, magentas and lilacs.”

Standout footwear looks — both on the runway and in other showings — included Salvatore Ferragamo’s laced two-toned shoes; Prada’s drivers and chukka boots; John Varvatos’ boots; and new sneakers by Car Shoe, according to buyers.Yuketen also won praise for its unique take on classicism.

That’s good news for retailers, who are just getting into fall sales and are still struggling with the global economy.

One issue that will prove important for both fall and spring is price. Retailers who attended the shows in Europe commended vendors for working with them in that area.

“People have gotten realistic on price point, which I’m glad to see,” said Dan Farrington, GMM of men’s at Connecticut’s Mitchells and Richards department stores. “Everyone got a little drunk there with success for a long period. Price points got out of control. [The economy] is forcing retailers, wholesalers and designers to get a little reality check.”

One example, according to Farrington, is John Varvatos’ recent addition of footwear to his Star USA diffusion line, which showed in Milan. With shoes made in Asia, rather than Italy, the designer is keeping prices for spring between $165 for sandals and $345 for boots.

Leppo also has added the Star USA footwear to Bloomingdale’s fall lineup. Additionally, he pointed out that many brands are focusing on entry price points, making more product available in that range.

“People are being very careful not to lower their prices, but they’re putting a lot more into their opening ranges,” he said. “My best shoe this season is Ferragamo, which is certainly not an opening price point, but Ferragamo has put more at the opening ends of its ranges, whether it’s the high-end Tramezza line or opening Studio line.”

For many retailers, $1,000 shoes are a tough sell in the current environment. Bisio said expensive shoes must offer customers something they don’t already have. And value is a major concern.

“Everybody is price-conscious right now,” said Bisio. “Tops on everyone’s minds is ‘what is the price/value quotient?’”

Strategies for adding new brands for spring will vary by store. While some see the difficult business as a time to stick with proven vendors, others are looking for new brands.

Holt Renfrew added Arfango and Yuketen for fall, but the store will probably hold back for spring, Layton said. “We aren’t going to be adding so much as really concentrating on the right looks with the brands that we feel confident about already,” she said. “We’re really looking SKU by SKU. We’ve done a lot of work on our assortment over the past year and discontinued quite a few [brands].”

Jennings said Saks, which also added Yuketen for fall, would leave its options open. “The focus will be finding newness from our current players, but we are always looking for new things. And if it’s right, we’ll pick it up,” he said.

Top sellers at the department store include sneakers across all price points, while dress shoes have been more of a challenge, according to Jennings. “The classic dress shoe has slowed down, as well as classic suits, shirts and ties,” he said. “We’re trying to figure that out and get that guy to shop again. We haven’t seen any resurgence on that lately.”

In addition to Ferragamo, Bloomingdale’s has had continued success with Hugo Boss and Johnston & Murphy. The department store will expand Hugo Boss and Nike in the fall, as well as add sneakers from Generic Surplus and bench-made British dress shoes by Edward Green.

“People forget that buyers are paid to look,” said Leppo. “Three years ago, we didn’t even carry some of our key brands today.”

Smaller stores said they would exercise their freedom to chase product in open-to-buy programs. Such a lack of restrictions should allow them to inject more freshness if sales begin to improve.

“I’m trying to add more new people than ever,” said Farrington. “Sometimes it’s just a new item. I’m not too proud to just buy one item.”

Though the economy has shown hints of recovery lately, retailers looking ahead to spring were reluctant to bank on upturns for the coming seasons.

“We’re not feeling that things are that optimistic yet,” said Holt Renfrew’s Layton. “We’re not planning any increases, or anything like that. We believe it’s just getting back to basics with service and riding this out.”

And with business reaching terrible lows in March, many retailers said sales had nowhere to go but up.

“I really do hope spring ’10 will be the season that, if we don’t flatten out, at least we’ll start to come back a little,” said Farrington. “We won’t bet on it, but we’re hoping.”