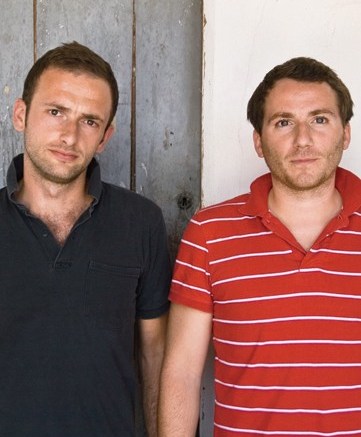 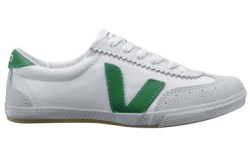 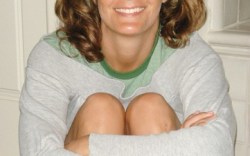 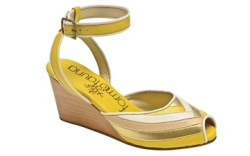 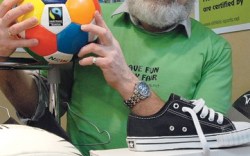 Background: After finishing college in 2003, classmates Kopp (above, left) and Morillion founded Juste Planète, an organization dedicated to traveling the world to study sustainable development, with a focus on deforestation, depletion of natural resources and the exploitation of labor in manufacturing. After their journey, they put their findings to work creating a unified supply chain that brought cotton and rubber producers who were committed to sustainable manufacturing in Northeastern Brazil together with high-end European concept stores.

Motivation to start the line: According to the founders, “[Veja] aims to show that it is possible to create trainers without failing to meet high ethical principles and without compromising on style.”

Green features: The streamlined sneaker styles use organic cotton grown by a producers’ cooperative in Northeastern Brazil, Amazon rubber tapped from wild trees and chrome-free leathers tanned with acacia extracts. In addition, the shoes are stored and delivered in France through Atelier Sans Frontieres, which employs socially-at-risk individuals.

The Veja customer: Kopp and Morillion target their shoes at stylish shoppers. “The primary goal is that consumers buy the trainers because they like them. Ethical aspects shouldn’t be the only reason to explain a purchase, especially when it’s about trainers,” they said. “Preaching to the converted is not our priority.”

Background: A former product designer in the food industry, Bertea started taking shoemaking classes in New York and soon got hooked on the footwear design process.

Motivation to start the line: Unable to find shoes that fit her aesthetic — sustainably derived, hip and different — Bertea decided to find a way to create them herself. “It was a completely selfish pursuit,” she said. “I’m stuck in the 1970s — my hair naturally feathers,” Bertea joked.

Green features: Form & Fauna’s footwear styles are manufactured in Los Angeles using biodegradable synthetic uppers sourced from Italy, and wooden heels made from reclaimed wood. And after many seasons of avoiding leather, Bertea recently has started experimenting with “organic” varieties — including vegetable-tanned and chrome-free leathers — after hearing many arguments about the benefits. “I’m open to that debate,” she said.

Signature style: The Racer, a round-toe synthetic pump with a 2-inch heel. And for spring ’10, Bertea launched the Perennials collection, which features many of her most popular styles, including the Racer pump. That collection will supplement each season’s new looks.

The Form & Fauna customer: According to Bertea, the woman who buys Form & Fauna is “someone who has an interest in something unique and stylish” and who is looking for “everyday statement shoes.”

Background: Kunz’s 30-plus-year career in the fair trade space has included serving as the first chairman of Germany’s GEPA (an alternative trade organization) and as co-founder of TransFair International and the Fair Trade Labeling Organization. Lloyd’s professional background was less developed. “I didn’t have one,” he said, adding that he had just finished college.

Motivation to start the line: After meeting at a biofuels conference, Kunz (top, right) and Lloyd founded Fair Deal Trading Partnership in 2004 to import fair-trade-certified soccer balls into the U.K. Finding few shoe options that met the same standards, they created Ethletic Footwear, with two adult sneaker styles. (The line has since grown to include flip-flops and children’s shoes.)

Green features: According to Anne O’Loughlin of Autonomie Project, which distributes and collaborates on Ethletic in the U.S., the Pakistan-made shoes use organic, fair-trade-certified cotton in its uppers, water-based dyes and sustainably harvested rubber in its outsoles.

The Ethletic customer: Anyone who loves the simple, classic style of a canvas sneaker but wants a little more, said O’Loughlin. “You can still wear the cute shoe, but you can be happy that it’s sustainable and ethical.”