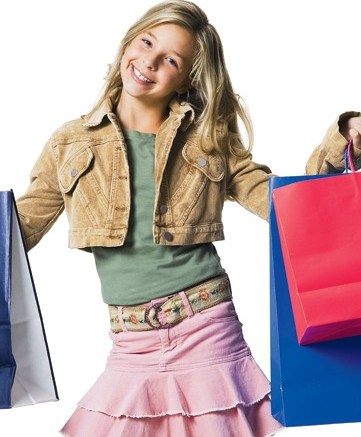 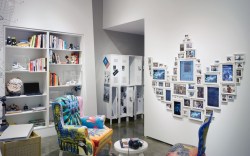 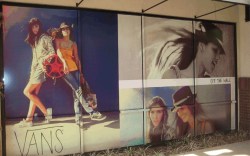 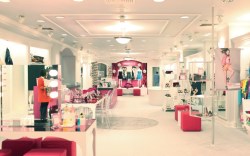 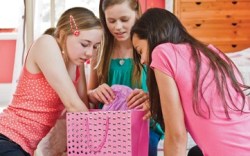 But these aren’t your average teens. They are the Millennials, an emerging demographic born plugged in — texting, tweeting, instant messaging and blogging — with an intuitive acceptance of all things digital and a brand and image awareness that far exceeds all previous generations.

These savvy teens exercise formidable buying clout. According to a 2008 report from Euromonitor International, teens now spend more than $129 billion annually. And they’re also setting trends at both ends of the age spectrum. “Ourfocus is on teens and making sure our brand always resonates and is progressing with that consumer [because] their influence radiates out in concentric circles … impacting both older and younger consumers,” said Doug Palladini, VP of marketing for Cypress, Calif.-based Vans, a unit of VF Corp.

Yet their technological know-how and the wealth of information accessible via everexpanding digital networks also make them one of the most difficult markets to win over. Looking to these young shoppers to shore up their beleaguered bottom lines and secure the next generation of consumers, footwear marketers are exploring new ways to go after this hot demographic.

Tagging teens to generational psychographics is tricky, especially since there is an ongoing debate as to how they are defined. Millennials, which have also been called Generation Y, are often defined as individuals born between 1979 and 1995, though some analysts and marketers extend that range to 2001.

But rather than defining them by birth year, Tristan Coopersmith, a senior executive at Los Angeles-based Creative Artist Agency’s Intelligence Group, defines Millennials based on behavior and a life experience that celebrates self-expression, prizes peer and group opinion more than previous generations, and is fully immersed in the digital world.

As a result, Millennials tend to hunt for products and brands that feel unique to them, but that carry the sanction of a broadly defined peer set, both on- and offline, with a voracity that can make their brand affiliations seem somewhat promiscuous. “They aren’t going to be loyal to your brand because they don’t have to be, and they have been conditioned to be curious their entire lives,” Coopersmith said. “They are incredibly smart and savvy. They know how to research and seek out peer reviews on Amazon.com. Those things trump traditional ad campaigns.”

These psychographic features of the contemporary American teenager have led marketers such as Doug Akin, managing partner at New York-based interactive marketing agency Mr. Youth, to dub them the “demand generation” for the high standards they expect from the brands in their closets. “The Millennial [teens] have an attitude that’s very much ‘Give me your best shot,’” said Akin, whose firm has done work for brands including Pepsi, Microsoft and Macy’s. “They’re interviewing the brand, and the brand has to prove itself. It used to be that there were fewer choices, [fewer] outlets and [fewer] sources of information. Brands have to be a lot wiser now.”

It’s no surprise, then, that the companies at the top of SportsOneSource’s Brand Strength Report: Teen Edition are also the ones that are most adept at tailoring their advertising campaigns and product offering to meet the teens’ interest. Specifically,  Millennials want the discovery of fresh product from an established name, with the customized, personalized experience they crave from brands. According to Jim Hartford, president and CEO of SportsOneSource, based in Charlotte, N.C., these brands all possess a “cool factor” — a mixture of style, quality and brand status — that far outweighs considerations of price among teens.

Earning the top spot in the study’s Brand Strength Index, Nike is an example of a company that pushes the frontiers of the digital world, creating product concepts that connect with teens and circulate outward to older and younger consumers. Just three years since launching its Nike+ collaboration with Apple, the company recently beefed up the NikePlus.com Website to allow its nearly 2 million registered users to post workout data through Twitter and Facebook.

“[Nike+] has been a great opportunity to initiate a relationship at the purchase of a product, versus traditionally, where the sale of the product is the moment when the relationship ends,” said Stefan Olander, global director of brand connections at Nike. “When consumers join [the Web site] and start running, the whole world opens up.”

However, the new digital world — one in which teens demand interactivity with brands — requires marketers to loosen the reins on their brand identity. “It builds an important emotional connection with the brand that Millennials are looking for,” said Allison Marsh, VP of consumer insights at AMP Agency, New York. “In terms of footwear, there are a lot of different opportunities to tailor the brand experience so that [the consumer] knows it’s more personal.”

At Adidas, the marketing department has targeted Millennials with a holistic approach to digital branding segments, including, among others, mobile phones, Facebook, blogs and product placement in videogames such as “Guitar Hero,” and the FIFA and NBA Live franchises from EA Sports. On Adidas’ Facebook page, for example, which has grown from 150,000 members in July 2008 to nearly 2 million members today, brand fans dialogue with each other via message boards, post photos of themselves and share videos, while the Adidas staff posts product and event updates.

“We are marketing now on the consumers’ own terms, and it’s very important for us to maximize that opportunity using [digital] technology,” said Simon Atkins, director of the Sport Style division at Adidas America. “This is where brands like Adidas can really create gains.”

Like Adidas, Vans has also beefed up its digital marketing strategy, according to Palladini, with mobile messaging, blogs showcasing consumer-customized product andonline widgets that provide branded content to fans. “You have to allow the young it over to them and allow them to use the brand to express who they are if you’re going to get the richness [of the consumer-brand relationship] we try to achieve.”

Still, it’s important not to overemphasize digital outreach as the only step necessary to capture the interest of today’s teens. The retail environment continues to have a tremendous influence over the purchasing decisions of teens, experts say.

“In action-sports, the retail environment is like a cultural epicenter. It’s not just a transactional spot,” said Palladini. “It’s a place to soak up the culture, and if you go into a good skate, snowboard or surf shop, it’s very experiential.”

“The in-store [experience] is the primary moment of truth,” said Adidas’ Atkins. “It continues to be a core priority for us to win this [Millennial] consumer, and the investment we’ve made has continued to increase over the last several years.”

For Atkins, the in-store experience  is seen as an integrated space for the physical and digital world of teens. Adidas Originals stores feature video screens and listening stations to help draw in teens.

Irvine, Calif.-based Sanuk recently found success by partnering with traditional media publications such as Teen Vogue. The magazine, which targets a female readership between the ages of 14 and 21 and is, like Footwear News, owned by Condé Nast Publications, was part of marketing director James Crush’s plan to put the Sanuk brand on the radar of young women.

As part of the partnership, Teen Vogue included Sanuk product in the “Fashion Live!” runway show that it staged before a crowd of young girls at the U.S. Open of Surf last summer, which Crush said gave the brand “rock star status” among the viewers. Additionally, Crush and his team were able to take advantage of “Teen Vogue It Girls,” a database of 120,000 young women who provide focus group-style feedback on products in exchange for incentives from the magazine.

According to Teen Vogue publisher Laura McEwen, using multimedia and event marketing opportunities is a key part of connecting to the elusive teen demographic. Last year, the magazine opened a holiday pop-up shop in New Jersey’s Short Hills mall. Dubbed the “Teen Vogue Haute Spot,” the concept store offered visiting young girls refreshments and a team of beauty and fashion consultants, as well as footwear brands including Vans and Dr. Martens. Following its prom-themed concept in March and April of this year, the Haute Spot will continue for back-to-school with a shop at the South Coast Plaza mall in Costa Mesa, Calif. “I don’t believe that people will only want to connect online,” McEwen said. “In a multimedia world, print, live events, mobile and digital technologies all interact together.”

Teens and the Recession

As the current economic crisis has companies across all industries looking to grab hold of any available consumers, the teen market is a space fraught with peculiar anxiety for footwear brand managers. According to a recent New York Times report, roughly 24 percent of teens are currently unemployed, a harsh reality that will no doubt impact discretionary spending, though analysts remain mixed on what the long-term effects will be.

“This generation has been rocked by the economic downturn,” said Powell. “There’s a feeling of helplessness. It will be very interesting to see if they turn to frugality, savings and less conspicuous consumption [as they get older]. The jury’s still out.”

Other cultural trends associated with the financial crisis, such as the negative opinion of corporations, are also expected to impact the image of luxury for coming-of-age teens.

“For the prior generation, the aspiration was the Wall Street [look]: expensive suits and clothes, driving a luxury car. Today’s young professional generation is more casual,” said Akin. “Relaxed becomes the new luxury.”

Others are more bullish on post-recession prospects in the teen segment. While she acknowledges that many of her agency’s clients are concerned about what they see as the recalibration of teen spending, with both self- and parent-imposed tightening of discretionary budgets, Coopersmith feels that the cut in spending is only temporary.

“This is a moment in time for them,” she said. “Imbedded into [teens’] fabric is that they are compulsive, impulsive spenders. They love to shop. To some extent, they will recalibrate [spending] a little, as a lot of them have been laid off and they are budgeting for the first time. They will be smarter consumers, but they like to shop.”