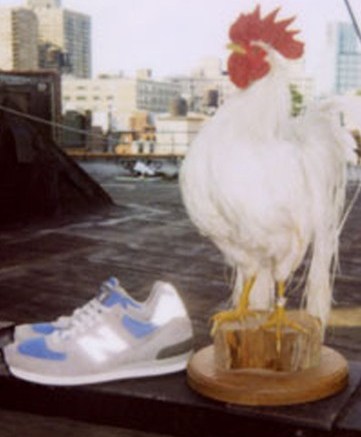 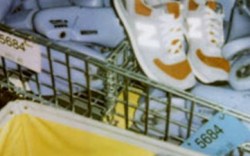 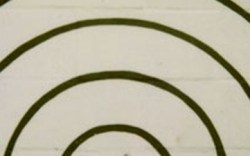 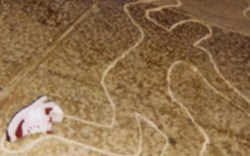 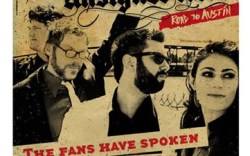 Going to Pieces
In its first big initiative with Mother, its new agency of record, New Balance Lifestyle has emerged with a campaign that is both small-scale and high-concept. The “574 Clips” Web/video project was created for a limited-edition line of 574 sneakers, produced in the company’s Lawrence, Mass., factory using surplus clips of fabric. Also contributing to the title is a series of video clips that began airing online this week at 574clips.com and show the unique and sometimes odd experiences of each pair of shoes. Fans who purchase a pair at one of 10 boutiques nationwide can then claim their shoes online and have their name posted at the end of the video.

According to New Balance, the campaign (and classic kicks) are targeted to sneakerheads and will be promoted through blogs including Hypebeast, High Snobiety and Nice Kicks. “We want to reach sneaker connoisseurs who are interested in thoughtfulness, substance and fashionable, well-made sneakers,” New Balance marketing exec Taylor Duffy told MediaBank. “This is an extremely important end consumer group because of their dedication to the culture and the influence that they have on the broader market.”

The 574 Clips site also features social networking functionality, so buyers can boast about their purchases on Facebook, Myspace, Delicious and Tumblr.

Unsigned But Not Unsung
The finalists are in for Airwalk’s fourth “Unsigned Hero — Road to Austin” competition. The board-sport lifestyle brand selected 10 bands from across the country to compete for a spot at the Spin and MusicGorilla.com showcases in Austin, Texas, in 2010. To help fuel the contest, the brand has launched a new portion of its Website, redesigned by Denver-based First Movement, where fans can vote for their favorite finalist. The musical hopefuls are given their own portion of the site, equipped with bios, performance videos, photos and sample tracks.

The site also has a “Tell a Friend” option, so voters can spread the word about their favorites via e-mail, and Myspace and Facebook widgets are also downloadable. “Our Airwalk.com/USH site was a huge part of creating awareness. … We know the best way to reach our young demographic is through social media,“ said Eric Dreyer, VP of brand management at Airwalk’s parent company, Collective Licensing International. “The widgets allow Airwalk and USH to have a permanent presence on the user’s page.” Voting for the contest lasts until Sept. 30.

FN’s Classic Kicks
It’s tough to pick favorites, but we at Footwear News are always up for a challenge: From the thousands of sneakers out there, we have narrowed down the list of most memorable shoes to a super-selective 25. The collection of sneaker winners will be featured next month in the magazine, as well as in a book being distributed to Concepts in Cambridge, Mass.; Alife Rivington Club in New York; and Sportie LA in Los Angeles. Jesse Villanueva, manager of retail operations for Alife (who picked the Air Jordan IV as his favorite style), said he expects the publication to appeal to a variety of consumers. The book launch will be advertised with in-store promotions and postings on various social networking accounts, and a sweepstakes-driven microsite will also debut in late October.