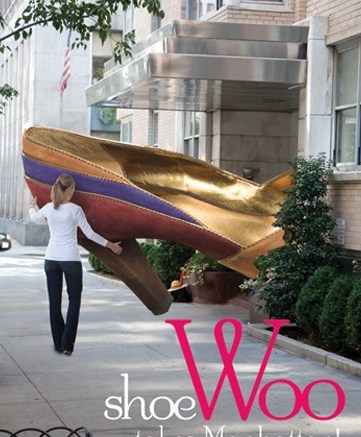 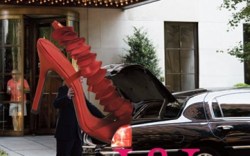 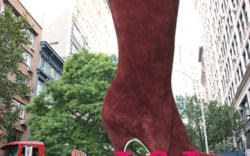 Sure everyone loves New York, but has anyone ever wooed it? Jones Apparel Group is setting out to do just that this weekend. The company will debut its first Shoe Woo retail concept on Lexington Avenue in Manhattan this Thursday, and to promote the opening, it is traversing the city to court new customers and build buzz.

Central to its plan is the Woomobile, a Mini Cooper with a giant, red stiletto attached to the roof, that will roam the city from Oct. 2-8, stopping in Times Square, Union Square, Battery Park and elsewhere.

“There’s a social overlay to this,” said Stacy Lastrina, EVP of marketing for Jones. “If you take a picture of yourself with the Woomobile and upload it to Twitter, we’ll be giving away prizes. This is very consumer involved.”

Customers can also track the car with the Foursquare mobile service and will get points toward Shoe Woo merchandise when they visit the car or the store. Additionally, Jones will spread the word with a billboard on Lexington at 57th Street and with wild postings featuring more giant shoes.

“Because it’s a store brand, people find out about great stores from their friends,” said Lastrina. “So word of mouth is going to be the best way to drive traffic, and clever and unique marketing will be the way to generate that buzz.”

John Fluevog is getting a little help from his friends. For the past six years, the designer has allowed fans to submit shoe designs to go into production. Now his brand is going even further, with a contest letting customers design spring ’10 advertisements.

Artists will be able to download off the Website a tool kit with photos of five key spring styles, as well as information about the looks and their inspiration. Once the submissions are in, Fluevog will select four finalists per style, which customers will vote for online.

Stephen Bailey, marketing and communications director for John Fluevog, said that based on the success of the company’s open-source footwear initiative, he expects a big response. “The percentage of our customers who are creative is quite high,” he said, adding that the winners will receive $1,000 toward Fluevog merchandise and the chance to publicize their work with 500 to 1,000 marketing impressions.

The ads are slated to appear in the February issues of magazines including Bust, Surface, Juxtapose, Good and ReadyMade.