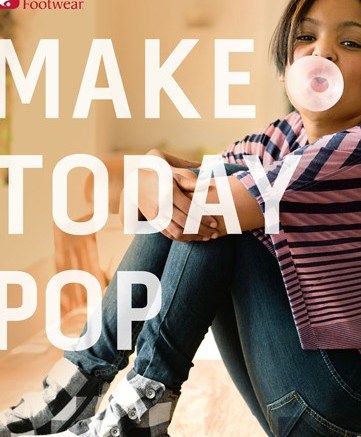 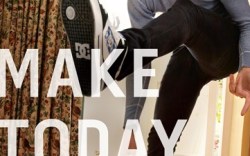 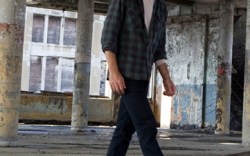 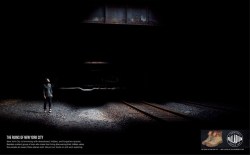 Happier Days
After almost a year of doom and gloom, footwear firms are trying to accentuate the positive in their back-to-school marketing.

In one of JCPenney’s latest “Schooled in Style” commercials, teens stage a riotous underground fashion show in the school cafeteria, set to the music of new wave band Hockey. In another spot, a classroom of kids mimics celebrities while flaunting their stylish duds.

The tone is light, positive and fun, which is not so much new for JCPenney, but is a welcome change after months of highly promotional TV ads touting dollar menus and BOGO sales.

Famous Footwear, which in the past has been known for its buy-one-get-one specials, is also playing up a new message: “Make Today Famous.” The upbeat tagline, introduced to consumers this summer, is being supported by a multichannel campaign, including TV and radio ads, promotions on Facebook and Twitter, and a humorous digital short that went live last week on Maketodayunexpected.com.

The short, featuring a mob of women and kids chasing a shoe truck (think heels instead of ice cream), tries to transcend the everyday buying experience and remind customers about the joys of shopping, explained Will Smith, SVP of retail marketing for Famous Footwear parent Brown Shoe Co. “[It] will truly get you inspired,” he said. “It talks squarely to our core demographic, but is reminiscent of that feeling of finding a great new dessert.”

But Famous is not leaving behind its affordable reputation. While the videos, commercials and radio spots will push the aspirational message, Smith said the company plans to use Twitter and other social media to talk about product and pricing.

Palladium Goes Exploring
Palladium is taking the roads less traveled. The bootmaker, which was originally founded to make aircraft tires, has shod some intrepid artists and designers and sent them out into the world to document unique and interesting locations. Its latest 10-minute mini-doc, called “The Ruins of New York,” follows Brooklyn, N.Y.-based designer Shawn Joswick as he discovers the city’s long-abandoned power stations, graffiti-filled subway tunnels and dizzying grain silos. Other docs explore a missile silo in Washington state and a town in Pennsylvania that has been burning for more than 45 years. The entire series was shot by Peter Sutherland and is screening on Palladiumboots.com.

Chance of a Lifetime
Ryn Footwear is hitting the airwaves, on Lifetime Television’s “Balancing Act” show. The program, produced by BrandStar Entertainment, aims to introduce consumers to new products and technology that will help them live healthier lives. Terry Stillman, marketing director and CEO of Ryn USA LLC, estimated that the brand’s segment could reach almost 100 million households. “But what is equally important,” he said, “is that we drive these consumers to stores that know how to consult and fit our type of high-end technical footwear.” To that end, Ryn’s episode is being filmed at Eneslow Pedorthic Enterprises in New York.