MediaBank: Double Duchess… On a Rampage… Quote of the Day… 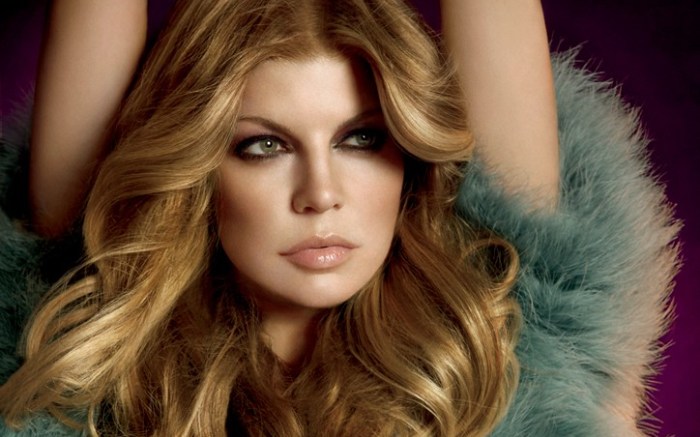 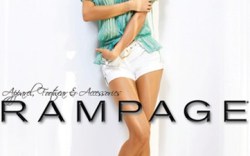 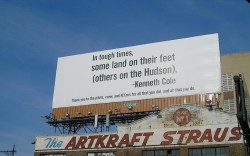 Double Dutchess
Fergie’s new labels with Brown Shoe Co. hit stores this spring, and with them will be two distinct advertising campaigns. “Fergie has amazing appeal to girls from 8 years old to mid-40s and beyond,” said Maureen McCann, senior director of marketing for Fergie and Fergalicious. “We decided to create something for everyone, so all these women have a chance to have a piece of Fergie on their feet.” The Fergalicious line, which is targeted to the juniors’ market and will feature edgier product, will be accompanied by images of Fergie as a rock ’n’ roll icon. Meanwhile, the campaign for the Fergie line, which is targeted to the women’s market, will show the singer styled in a more sophisticated and glamorous way (at right). Both campaigns were shot by fashion photog Tom Munro at Milk Studios in New York and were conceptualized by Laird & Partners. McCann said the primary strategy for the execution of the campaign is to introduce consumers to the brand and drive traffic to the retailers. The company is working to connect directly with shoppers through an interactive Website, rich-media advertising and blogging, and in-store marketing, including direct mail, mall kiosks and events. Brown Shoe also is working on arranging personal appearances for the “hip pop” star. Marketing materials should begin appearing in stores and online mid-March to early April.

On a Rampage
Iconix Brand Group’s Rampage brand has traded one supermodel for an even bigger supermodel. Petra Nemcova, who had been the face of the label for the past two-and-a-half years, has been replaced by Gisele Bündchen. “We felt globally it’s a time of change, and we were ready for a change,” said Dari Marder, chief marketing officer for Rampage. “After Petra, we wondered where we could possibly go. We knew it could only be Gisele.” The new ads, shot by Mario Sorrenti at a Beverly Hills, Calif., estate early last month, will appear in April issues of fashion mags including Cosmopolitan and Marie Claire, as well as online and outdoors. Marder said the goal was to show the full lifestyle collection, and to build excitement around the brand as it expands its distribution with Macy’s, Nordstrom and other department stores.

Quote of the Day
The latest Kenneth Cole billboard on Manhattan’s West Side Highway is accentuating the positive. The witty ad went up on Jan. 20 and pays homage to New York rescue workers and the crew of US Airways Flight 1549, which made an emergency landing on the Hudson River last month. A company spokesperson said, “These are unquestionably difficult times for many. Yet there are defining events all around us that are uplifting and that we can look to and be inspired by. The rescue mission on the Hudson was one of them.” Previously, Cole has used the billboard to comment on the presidential election, gas prices and other topics.

Five Things
… you should know to get the most out of your marketing dollars, from Don Schultz, professor at Northwestern University and co-author of “Media Generations: Media Allocation in a Consumer- Controlled Marketplace.”

1. It’s not what medium you use; it’s what combination of media you use. Some people are more infl uenced by traditional media, while others — generally those under 30 — are more influenced by digital.

2. Word-of-mouth is one of the most influential factors. Monitor the blogs and understand what people are saying. It’s not terribly expensive, but it can give you some real feedback.

3. The customer is really in control. Customers control how and when they view your ads. To understand how to reach them, you have to look at it from the customer’s side.

4. The influence of television is declining, but in-store influence is increasing. So ask yourself, “Should we keep putting our focus on TV, or start putting more focus on the stores?”