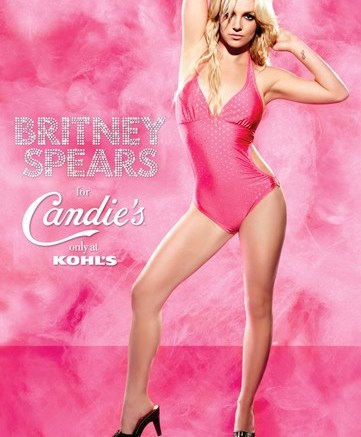 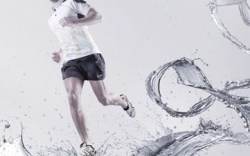 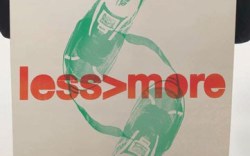 Iconix Brand Group last week unveiled images from its new Candie’s ads starring Britney Spears. The company announced early last month that the pop starlet would be the face of its Candie’s Only at Kohl’s campaign, and that it would be an associate sponsor of Spears’ “Circus” tour, now traversing the country. The print ads will debut exclusively in the April 15 issue of Us Weekly and will include a full-size, pull-out poster, with only 4 million copies available. Candie’s Chief Marketing Officer Dari Marder predicted the posters could become a collector’s item. “We think we’ll see them on eBay,” she said. The ads were shot by Mark Liddell in Los Angeles and feature color and black-and-white images from the shoot, with Spears outfitted in Candie’s apparel, footwear and accessories. Marder said Spears was particularly fond of the slip-on sandals with buckles (at right), and took home several pairs of shoes, as well as a bubble-gum pink robe embroidered with “Candies Loves Britney.” VIP friends of Candie’s will be able to meet Spears later this month at an event in Los Angeles. Other components of the campaign include online and outdoor placements, and a video airing nightly during the tour.

After airing a single TV ad last year during the Olympic Games, Asics America is hitting the airwaves this spring with full force. The new campaign features global TV commercials built around its “Sound Mind, Sound Body” tagline, as well as print and online components. “We polled our brand awareness across the world, and got double-digit results,” said Gary Slayton, Asics’ VP of marketing communications. “That was good, but it paled in comparison to our major competitors. We needed to get out to the audience who didn’t know us.” To that end, Asics began airing commercials on major cable networks last month, including Bravo, Comedy Central, Discovery, ESPN and the Food Network. It also is depending on its Web strategy to reach new customers. Asics partnered with Time Inc. on Yourrunningpartner.com, which launched last month and offers running tools such as maps, training advice and blog updates. Slayton said the foray into broadcast marketing has been a long time coming, but didn’t require a large budget increase. “What mainly changed for us this year is the mix: 50 percent [of our ad spend] is television.”

Meanwhile, Asics America’s longtime creative agency, San Diego-based Vitrorobertson, has been named the agency of record for Asics’ parent company in Kobe, Japan. It will be responsible for the company’s global campaign starting in 2010.

Simple Shoes threw open the doors to its new Manhattan showroom last month to debut its latest branding effort. The campaign is centered around the tagline “Less Is Greater than More” and expands on Simple’s sustainable approach. “It’s the idea that we strip away all this ‘stuff’ and go back to what really matters,” said Simple brand manager Monica DeVreese. Linda Lewi, chief brand activist at JWT, the creative agency behind the campaign, said the press feedback was excellent. “People really responded well to the concept. They got it,” she said. JWT and Simple sought out a Brooklyn, N.Y., screenprinter to hand-make the campaign’s imagery, which is showing up everywhere from T-shirts to the Web to print ads in the March issues of Rolling Stone, Lucky and Us Weekly. Simple also is staging a series of guerilla-style events in New York and Los Angeles during Earth Week, April 12-18, including sidewalk chalk drawings, screenprinted awnings at retailers and what Lewi cryptically referred to as “Simple sneaker streakers.”

Ad-Ons:
Geox debuted a new TV ad for its kids’ collection that targets tweens and teens with a “High School Musical”-esque setup, created by Italian director Luca Lucini. … Timberland signed on as a presenting sponsor of the nationwide Green Apple Festival, held in 10 cities from April 17-19.