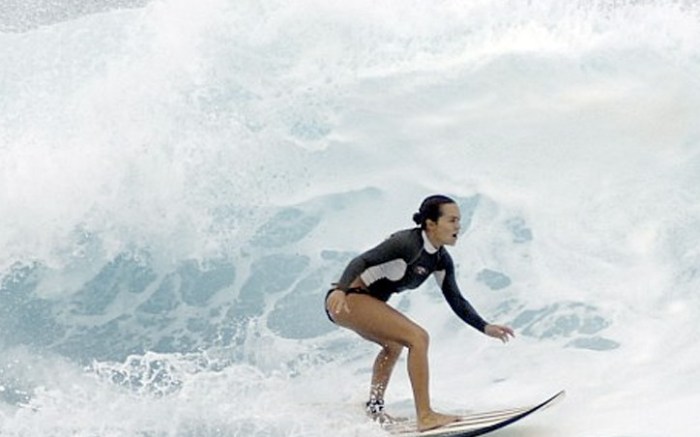 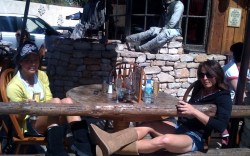 Bearpaw Sightings
Recently, Bearpaw’s shearling boots have been showing up on the feet of multiple TV personalities, including Karina Smirnoff of “Dancing with the Stars” and Mindy and Cindy Hall of “Rock of Love” and “Survivor: Guatamala,” respectively.

Product placement is key for a small brand like Bearpaw, explained VP of global marketing Randy McKinley, who noted that the wearers have not been paid. “In today’s [younger] generation, everyone looks at what everyone else is wearing. If you can get your shoes on [celebrities], consumers will notice,” he said.

That celebrity push is just part of the company’s marketing strategy, though. McKinley said Bearpaw is also very active on Facebook and Twitter, and recently added its own social media section to its Website, called Pawspotting, where fans contribute pictures of themselves wearing the shoes. It also has a deal with pro surfer Honora Kalama to be an “unofficial, paid endorser” for the brand, said McKinley. This week, for instance, she’s writing a blog diary for Bearpaw’s Facebook and Twitter sites from Peru, where she is competing and being photographed for Surfer Magazine.

Golf for Everyone
Puma Golf is hitting the links again this summer. Its unconventional golf tournament, the Puma Open, will expand from six cities to 15 cities in the U.S. and Canada. The tour kicks off on Friday at the Grayhawk Golf Club in Scottsdale, Ariz., and runs through October.

During the Open, teams of four compete in a nine-hole scramble with unusual rules, including a hole where participants can only use their seven-iron and another that rewards the team with the fastest finish time. The day ends with a series of Vegas-style card games, prizes, food and drinks.

Last year, about 150 people participated in each city, and Puma expects that number to hold this time around. “What has really resonated with consumers about the Puma Open is the event’s fun and inclusiveness,” said Robert Philion, global business unit manager of Puma Golf. “Pros who’ve been playing for years have come out and really enjoyed our unique take on the game, and at the same time, the Puma Open also appeals to beginners. I think the Puma Open really lowers golf’s intimidation factor.”