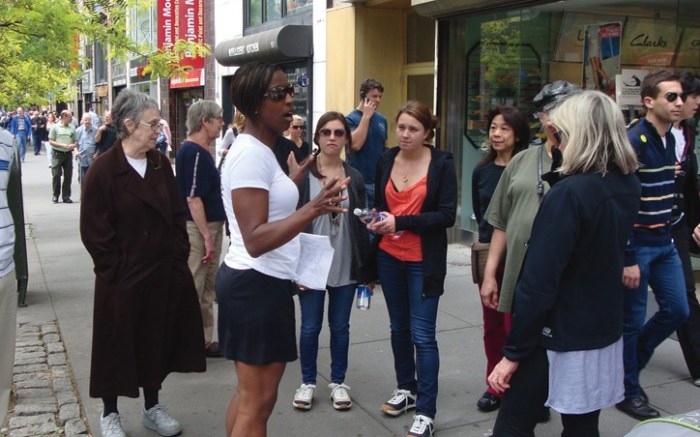 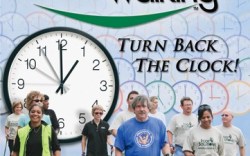 From rocker-bottom shoes by MBT and Ryn to negative-heel technology by Earth, wellness-minded footwear is giving retailers a lot to talk about these days.

To acquaint customers with the burgeoning category, store owners are tapping into a variety of marketing tactics, such as sponsoring local fitness walks and creating wellness concept areas in their stores. Some are even reaching out to medical professionals to educate them on the features and benefits of this new breed of footwear.

In February, The Next Step, in Tampa, Fla., shared an exhibitor booth with MBT at the Gasparilla Distance Classic, a running event that donates money to local charitable youth organizations and running programs. According to The Next Step owner Carole Kalman, the goal was to have 1,000 participating runners try on a pair of MBTs. In addition, the store brought its own MBT inventory to sell on-site. By showcasing the footwear at the event, Kalman said, even those who didn’t buy a pair may have been enticed to visit the store later to learn more about the shoes. “These events linger in people’s minds,” she said, noting that a large percentage of those who stopped by the booth did in fact come to the store to check out the shoes again.

Like The Next Step, Chicago-based Hanig’s Footwear spreads the wellness word through local events. According to owner Peter Hanig, the store, in conjunction with MBT, participated in the Health & Fitness Expo at the October 2008 Bank of America Chicago Marathon. A booth by Hanig let runners view the full MBT collection, as well as purchase a pair from the store on-site. Based on the success, Hanig said he plans to team up again with MBT in August at the Rock ’n’ Roll Chicago Half Marathon.

New York-based Tip Top Shoes gets the word out by sponsoring fitness walks in collaboration with MBT. Last month, the retailer held a Saturday walk through Manhattan’s Central Park, led by Sharon Seagrave, a former Olympian who is now an MBT pro trainer. Shoes for the walk were supplied by the brand. To promote the event, Tip Top displayed signs in its front window, complete with a picture of Seagrave and her credentials. Storeowner Danny Wasserman said he believes the growing interest in the category has to do with people being more physically fit and conscious of their body maintenance. “[Vendors] started to think about how they could make shoes to keep people fit and maintain their bodies,” he said. “It’s something more than athletic footwear.”

Although wellness footwear is just part of the overall mix for most comfort retailers, Maurice Breton, owner of Comfort One Shoes in Manassas, Va., is so committed to the trend that he recently rebranded one of the chain’s four locations in Washington, D.C.’s Dupont Circle as the Sports and Wellness Center. The revamped store brings together core brands such as Cogent, MBT, Earth and SpringBoost, as well as related styles from Aetrex, New Balance and Dansko. To familiarize consumers with the new concept, Breton said he has taken a grassroots marketing approach. “We’re reaching out to the community,” he explained. “Our managers are talking to classes at Curves [fitness centers] and groups at yoga classes. In Washington, that customer understands the category.”

Dana Wendland, owner of Boise, Idaho-based SoleMates Comfort Footwear, took the proactive step of contacting local doctors and physical therapists to familiarize them with the technology behind such brands as Ryn and MBT. And to go a step further, Wendland also reaches out to the medical community by visiting hospitals, where she fits and sells wellness footwear to physicians and nurses.

While many retailers have opted to promote wellness on a grassroots level, others have taken a more traditional tack. Sandra Yauk, owner of Albuquerque, N.M.-based Roadrunner Footwear, uses television to promote key brands. The store, which has done numerous commercials in the past, recently added a new spot focused on Korean brand Ryn that aired on cable and local access stations.

According to Yauk, Ryn and RockStep by Taos are two new mainstream comfort additions to her store’s core therapeutic offering. “Albuquerque is an extremely fitness-oriented community,” she said. “I wanted to be able to service the entire population.”

Ray Margiano, CEO of Atlanta-based chain Foot Solutions, has gone the print route by writing a book titled “Balance Walking.” In it, he details balance-walking exercises he developed that utilize Nordic Pole Walking techniques and rocker-soled shoes by Chung Shi, a brand sold at Foot Solutions. For consumers who want a first-hand demonstration of the technique, select Foot Solutions locations have trainers who lead balance-walking groups.

Still, when it comes to encouraging consumers to experience wellness footwear, some retailers, such as Bob Schwartz, president and CEO of New York-based Eneslow, believe there is little that compares with sales associates wearing the shoes themselves. According to Schwartz, half his stores’ sales associates are in a pair of wellness footwear on a daily basis. “Every day, more staffers wear them in the store,” he said.

To demonstrate his commitment to the health benefits of the category, Schwartz is even willing to instruct consumers who purchased their wellness looks at another store on how they work. “People are welcome to come and learn how to use them, even if they bought them somewhere else,” he said.