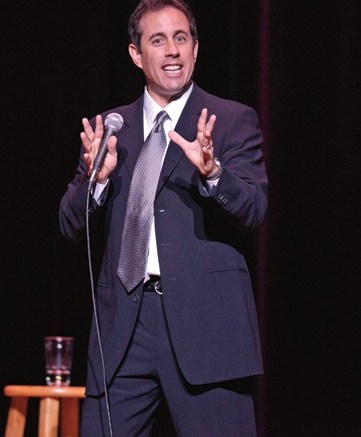 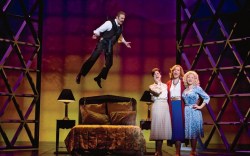 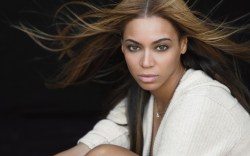 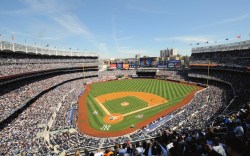 Jerry Seinfeld, comedian, sitcom star and author, will perform live at The Colosseum at Caesar’s Palace July 31 and Aug. 1. Seinfeld, who was rated 12th on Comedy Central’s 100 Greatest Stand-Ups of All Time list in 2004 for his brand of observational humor, is now making limited appearances in North America. Before or after the show, visitors can choose from one of the casino’s 13 restaurants for dinner and can spend some time on the 129,000-sq.-ft. gaming floor. And for late-night fun, there are Caesar’s famous bars and lounges, including the Shadow Bar and Pure, home to the Pussycat Doll Lounge.

Details: Both shows start at 7:30 p.m. Tickets can be purchased through Caesar’s Palace and range from $75 to $150, plus tax and fees.

Broadway has found another hit based on a film. “9 to 5: The Musical,” inspired by the 1980s movie starring Dolly Parton and Jane Fonda, was nominated for four Tony Awards this year. The show follows three office workers: Allison Janney as Violet Newstead, a driven office manager; Stephanie Block as Doralee Rhodes, a sassy Southerner; and Megan Hilty as Judy Bernly, a divorcee working for the first time. Though they have little in common, they quickly join forces against their misogynist boss, Franklin Hart Jr., played by Marc Kudisch, plotting to kidnap and hold him hostage. The musical features an original score by Parton — and, of course, the well-known song from the original film.

Beyoncé’s tour, “I Am … Yours,” comes to the Wynn Las Vegas for her most intimate stop yet, July 30 through Aug. 2. The venue — with just 1,500 seats — will offer an up-close look at the pop star, her all-female band and the 71 costumes created by fashion designer Thierry Mugler. On Aug. 1, the Wynn will also host a Fierce Fashion Affair featuring House of Deréon Creative Director Tina Knowles — aka Beyoncé’s mom — and footwear designer Nicholas Kirkwood. Collections from both labels will be modeled on The Esplanade near the Ensemble and In Step stores.

Details: Tickets for the concert are $250, $500, $750 and $1,000, plus service charge and tax. Package deals are also available to hotel guests. The Fierce Fashion Affair is open to the public.

It’s sure to be an exciting game when rivals New York Yankees and the Boston Red Sox meet head-to-head Aug. 6 and Aug. 7 at the new Yankee Stadium. With the World Series fast approaching, they’ll battle for positions in the American League playoffs. Come early and take a behind-the-scenes tour of the new stadium, where you will get a chance to see the team’s new home and dugout, as well as Monument Park. Sit-down for dinner at either of the in-house restaurants: the Hard Rock Café or NYY Steak, which overlooks the Great Hall and features signatures from 86 of the Yankees’ most memorable players.

Details: The game starts at 7:05 p.m. Yankee Stadium tours are available daily for $20. Tickets for both can be purchased at Yankees.com.

FREE FOR ALL
Not everything costs an arm and a leg in New York and Las Vegas.

Fall of Atlantis (LV)
The Fall of Atlantis fountain show uses life-like animatronic figures, such as a 20-foot winged beast, and special effects to recount the fall of Atlantis.
Details: Caesar’s Palace, Las Vegas. Performances are every hour on the hour Sunday-Thursday 10 a.m.-11 p.m.; Friday and Saturday 10 a.m.-midnight. 866.227.5938