Launch of the Year: Tabitha Simmons 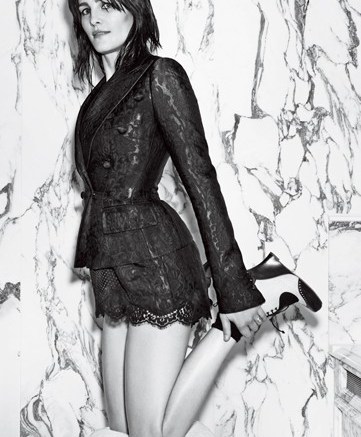 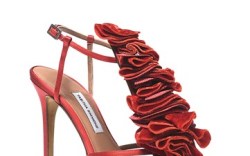 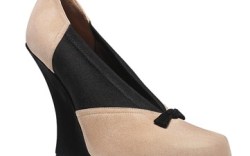 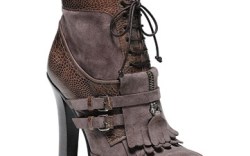 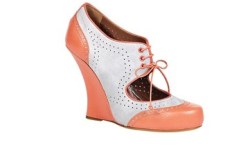 In just a matter of months, Tabitha Simmons has launched a designer shoe label, landed prestigious accounts around the world and upped her already impressive credentials in the fashion industry.

The British designer started as a model and was able to segue into a stellar styling career that has taken her to both sides of the Atlantic (she now lives in New York). Simmons, a contributor at American Vogue for the past four years, has styled major ready-to-wear shows for houses such as Rag & Bone, Marchesa and Dolce & Gabbana as recently as spring ’10. Her seasoned eye has helped her shoe designs stand out, making her namesake women’s shoe collection, which launched quietly during the January couture shows in Paris, an instant hit. Call her the ultimate multitasker.

“I love my job, and I’d be really upset if someone came along and said I couldn’t carry on [with everything],” said Simmons, a busy mother of two young boys.

Her Tabitha Simmons shoe collection — with its quirky English eccentricity and New York slickness — started with a simple suede Mary Jane wedge, but nothing too “sparkly, glitzy or overly adorned,” said Simmons, adding that she wanted to deliver styles that have been lacking recently in women’s wardrobes.

The 22-style fall debut offering, which retailed from $600 to $2,000, featured a mix of day-to-night silhouettes, including pared-down ankle boots, a thigh-high boot and sculptured wedges in an eye-catching mix of salmon, slate and prune suedes. The collection appealed to upscale buyers from 13 international stores, among them Harrods in London and Colette in Paris. A number of American stores also signed on, including Neiman Marcus, Ikram, Maxfield and Bergdorf Goodman in New York.

“More often than not, when you see a designer’s first collection, it’s frequently fledgling and timid, with only glimmers of promise,” said Linda Fargo, SVP of fashion and store presentation at Bergdorf Goodman. “But Tabitha’s breakout collection was so confident, accomplished and fully realized that it looked as if she had been successfully designing shoes for many seasons. Each style was more covetable than the next. Not only was it made with an exceptionally luxurious hand and first-class craftsmanship, but she hit all the right notes for any woman with a healthy shoe fetish. The appeal of her retro-cool designs is that they’re highly collectible and wearable, timeless rather than trendy, and tough balanced with sexy.”

In September, Bergdorf Goodman showcased the designer’s shoes in a window during New York Fashion Week. Simmons’ photographer husband, Craig McDean, even offered to be a guest artist and design the window.

“New York Fashion Week was the perfect storm to launch Tabitha’s collection,” said Fargo. “We jumped at the collaboration. Fashion Week is all about showcasing the best of what New York designers, artists and retailers have to offer. It’s not every day that a refined talent such as Tabitha Simmons comes into our lives.”

Apart from design, Simmons said she has discovered an interest in the many other aspects of running her own label. “I’ve found the business side fascinating,” said Simmons, noting that she has also learned about the technical complexities of shoemaking on visits to her factory in the Venice region of Italy.

For spring ’10, Simmons showed her 30-piece collection at Le Meurice hotel in Paris during the ready-to-wear shows in October.

“I’m building on the successes of the first collection,” said Simmons. “I still feel strongly about wedges, despite the height. They’re comfortable, stable and practical, so I’ve included them again in the collection for spring.”

Spring also included more sculptural wedges, high and mid-height skinny heels and a wedge sandal crafted from a mix of different men’s silk neckties. With it, Simmons has grown the total number of retailers to 26, adding new accounts with Browns in London; Coccodrillo in Antwerp, Belgium; Lane Crawford in Hong Kong; Apropos in Dusseldorf and Cologne, Germany; The Webster in Miami; and Susan in San Francisco and Burlingame, Calif.

“I heard about Tabitha Simmons through a friend, saw [the shoes] in Bergdorf Goodman in New York and then bought them when I was in Paris,” said Henning Korb, the men’s and women’s buyer at the multibrand Apropos stores. “The shoes are so special, and every single piece from her is beautifully made and a work of art.”