Launch of the Year: Skechers’ Shape-Ups 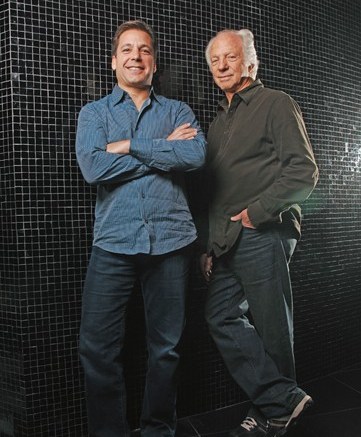 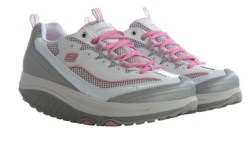 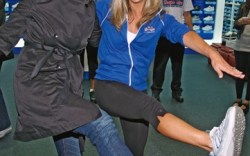 Skechers may be onto something with its crowd-pleasing new line Shape-Ups.

Launched this spring, the brand’s fitness-oriented Shape-Ups line has blown out at retail and dominated the nascent toning category — as well as helped the company reach a record-setting sales number in the third quarter. But Manhattan Beach, Calif.-based Skechers USA Inc. has been noticeably tight-lipped about the line, which debuted with 12 women’s styles, has since expanded into men’s and added new silhouettes. But there’s no hiding Shape-Ups’ influence: Retailers and analysts say the line is helping to introduce an entirely new class of shoe to an entirely new group of customers.

Skechers wasn’t the first or only company to move forward with shoes that create instability underfoot to make muscles work harder. MBT has been selling rocker-bottom shoes since 2003, and Reebok brought its EasyTone line to market this spring. But the Skechers’ collection, designed to work abs and glutes, improve posture and reduce stress on knees and ankles, has so far been the biggest player in the game.

“Skechers isn’t the only brand that’s successful [in toning and fitness footwear],” said analyst Matt Powell of SportsOneSource, “but they’re the most successful.” In fact, Powell estimates that less than a year after launching the brand, Skechers has an 80 percent market share of what he calculates to be a $150 million domestic toning business. (Other analysts set their estimates a little lower, but several peg the potential for Shape-Ups sales domestically in 2010 to be $100 million.)

According to Skechers President Michael Greenberg, the company created the line to help just about anyone incorporate fitness work into their day-to-day.

“Shape-Ups allow people seeking a healthier lifestyle, whether a seasoned athlete, someone working to become more fit or just casually active, the opportunity to incorporate fitness into their daily lives,” he said. And, he added, it made sense in the overall product mix. “Shape-Ups are a natural product extension for us, and consumers can relate to it due to the familiar Skechers styling and the association with a brand they know and trust.”

The combination of Skechers style and fitness appeal has been powerful at market. Christopher Svezia, an analyst at Susquehanna Financial Group, estimates that an average of 35,000 pairs of Shape-Ups have sold each week in October. And Powell pointed out that two Skechers Shape-Ups women’s shoes were among the 10 best-selling styles in the athletic market in the same month — a list that women’s product rarely cracks.

“Every retailer that is carrying the product is raving about how well Shape-Ups is doing,” Svezia said. “At Famous Footwear, Shoe Carnival, DSW — the product is doing well.”

Indeed, the collection is carried by accounts that range from family footwear stores and independents to department stores such as Kohl’s and JCPenney and mall-based athletic players, including Foot Locker and The Finish Line. Sam Sato, EVP and chief merchandising officer at Indianapolis-based Finish Line, cited the brand’s styling and “attainable” $100 price point as major reasons for its success at his stores, even crediting it with bolstering the entire toning category.

“Shape-Ups continue to be, for us, the driving force behind the growth in that category,” he said. “We’re four months into it, and our results remain strong. We see continued growth opportunity.” Sato also said that the moment was right. “They really hit on something from a timing standpoint.”

Retailers also appreciate the marketing muscle Skechers brought to the table. To support the launch, the company rolled out television and print ads and outdoor and in-store marketing that highlights the products’ benefits.

“Shape-Ups have made millions of people aware of a new category of footwear,” said Danny Wasserman, owner of Tip Top Shoes in New York. “The TV blitz has certainly created a buzz, not just for Shape-Ups but for the total category.”

Shape-Ups have helped the company’s bottom line, too, thanks to average prices that are almost double the cost of standard Skechers styles. Shape-Ups built on momentum the brand was already seeing at retail and contributed to record-high net sales of $405.4 million in the company’s third quarter.

And while the company declined to make any projections for growth in the line, analysts said the future could be bright. Propelling the brand will be incremental growth in the newer men’s product and a push toward international expansion, including recent distribution agreements in India and Mexico.

“[They have a] huge opportunity in 2010,” said Sam Poser, an analyst with Sterne Agee. “[Skechers] knows how to hit its consumer, and they want to hit everybody with this.”