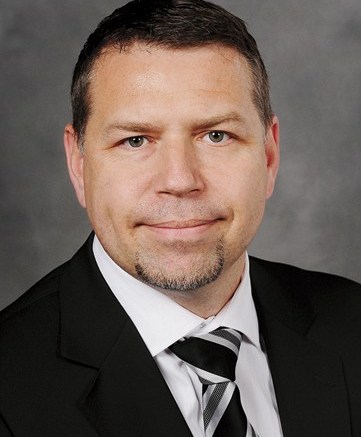 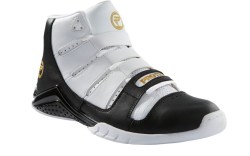 The 1,400-store chain, a division of the troubled Sears Holdings Corp., relaunched its shoe departments nationwide on Jan. 1 after ending a more than 30-year relationship with former licensee Footstar Corp.

The result is an influx of new and exclusive lines, the high-profile launch of an affordable footwear line and increased coordination with the apparel and accessories departments.

“It enables us to hit a broader selection of customers who come into Kmart,” said Nick Grayston, SVP and president of footwear, in an exclusive interview with Footwear News. “It also allows us to react more quickly to market and fashion trends.”

A revamped merchandise mix is at the core of the initiative, and the retailer is banking on the success of Protégé, a footwear and apparel collection endorsed and codesigned by NBA star Al Harrington. “Not everyone can afford to spend $100 to $150 for a pair of basketball kicks,” said Grayston, who served as president and CEO of Foot Locker’s U.S. business before joining Kmart in 2008.

“We have some great opportunities in our inner-city, African-American and Hispanic communities, which are, frankly, financially challenged right now,” he said.

Price points for the Protégé footwear range from $34.99 for men’s sneaker styles to $19.99 for athletic sandals. Takedown versions of the sneakers for boys will sell for $27.99.

Grayston acknowledged that other companies — most notably the  now-bankrupt Steve & Barry’s chain — have tried to fill the gap for affordable athletic shoes, but have come up short in the performance department.

But Matt Powell, an analyst with Sports-OneSource, said his expectation for any affordable athletic brand is low. “If they are selling the shoe for $35, it probably cost them $15 to make. And there can’t possibly be significant technology in a shoe that inexpensive,” he said. Powell noted that after the press frenzy surrounding the initial Steve & Barry’s Starbury launch, sales for the line fell off.

But Grayston remains confident. “[Protégé] has a lot of technical ability,” he insisted. “What better demonstration could you have than a New York Knicks forward who practices and plays in it all the time?”

Kmart plans to dramatically increase its marketing spend to support the new business. A national TV campaign will launch around Protégé, and the brand will have a strong presence at NBA events such as the All-Star Game in Phoenix on Feb. 15. The brand also has a cause marketing angle linked to Samaritan’s Feet, a charitable organization devoted to shoeing needy children. The retailer will donate 1 million pairs of Kmart shoes to the group to celebrate Protégé’s launch.

Other new names appearing on the shoe floor include Fisher-Price, Coleman, Wrangler and Craftsman. And Grayston said he hopes fashion-forward labels such as Attention and Piper & Blue will raise the retailer’s style quotient. “Under Footstar, the shoe department tended to be very black- and brown-oriented. We are now introducing metallics, mockcroc and lots more color.”

While he was also bullish on the potential of exclusive Jaclyn Smith footwear, the exec seemed less interested in the designer collaboration trend favored by his competitors. “You can put a designer name on something, but at the end of the day, the customer realizes what the product is. … Some of those [designer diffusion] brands haven’t represented value.”

Some retail experts believe that an atmosphere makeover is more crucial to Kmart’s success than a brand overhaul. “[Staying competitive] is going to be all about execution, store appearance and service level — all the things that Wal-Mart, Target and Payless are doing and Kmart hasn’t been doing,” said Manny Weintraub of Emanuel Weintraub Associates. “The question in the customer’s mind is about where Kmart fits in the pantheon of discount retailers.”

Grayston said that in addition to the new product,  departments will indeed be “freshened up” and merchandised according to local demographics. “Historically, we haven’t done as good a job as we might have in terms of maximizing assortment,” said Grayston. “We have made a lot of effort to regionalize our merchandising and consider a demographic point of view.”

Although parent company Sears Holdings is facing major financial hurdles, Grayston expects Kmart’s discount positioning to be an asset during the consumer slowdown. “There’s a new sense of optimism with Obama’s presidency, and certainly at Kmart, we believe that taking over the footwear department and providing better value is going to help people in this environment.”