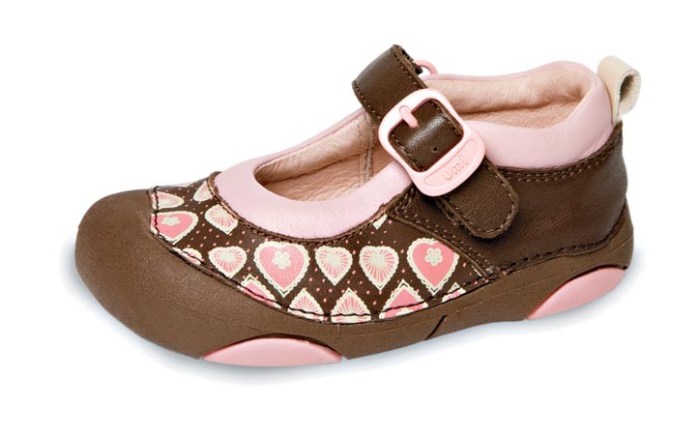 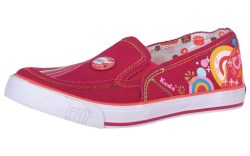 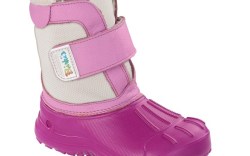 Next Step
Following up on the fall ’07 launch of its Pram pre-walk program, Grafton, Wis.-based Umi has introduced Primero. The collection, available in European sizes 19 to 22, is designed for babies just learning to walk. The lineup for girls features T-straps, booties and Mary Jane looks (at right) in colors including rose, red, black and chocolate, while the offering for boys focuses on booties and double-strap casuals in olive, chocolate and navy. Set to hit stores in June, the shoes will retail for $50 a pair.

Tuned In
Lexington, Mass.-based Keds has teamed up with kids’ entertainment firm Nickelodeon for a line of girls’ fashion sneakers based on Nickelodeon’s hit television series “iCarly.” Set to launch in June, the debut offering will consist of three styles, with names inspired by instant-messaging lingo used in the show: L8R, a laceup — available in either brown or gold — featuring interchangeable expression charms on the vamp lace; ASAP, a surf-inspired slip-on, offered in berry (at left) and cinder, that’s detailed with a slogan button; and TTYL, a printed sparkle-canvas skimmer. All of the styles have a footbed decorated with an iCarly image and retro graphics. Available in sizes 7 to 13 and 1 to 6, the shoes will retail for $35 at Stride Rite stores and other select accounts.

Matched Set
Henderson, Nev.-based Pediped has partnered with children’s accessories company No Slippy Hair Clippy to introduce a series of hair clips and bows designed to coordinate with Pediped’s best-selling shoe styles, including the Emily, Giselle and Abigail. The clips are detailed in materials including leather, grosgrain ribbon and patent leather. Slated to arrive in stores in July, the clips will retail for $8 at both Pediped and No Slippy Hair Clippy accounts.

Booting Up
Birki’s Kids, known for its anatomically minded clogs and sandals, is introducing closed-up shoes and boots for fall ’09. Built on the German brand’s classic waterproof clog bottom, both styles feature water-resistant, shearling-lined textile uppers and replaceable shock-absorbing cork-latex footbeds that mold to the wearer’s foot. An adjustable Velcro strap on the boot and an elastic instep and pull tag on the shoe make them easy to get on and off. Both the shoe and boot (at left), set to retail for $89 and $99, respectively, are available in brown, black and pink. Delivery is slated for July.

Coming to America
Miami-based Kinderland has scored the U.S. sales and distribution rights to the Benetton kids’ footwear collection, which will launch in the States for the first time this fall. Available in European sizes 20 to 40, the collection features a wide variety of fashion looks for girls, from plaid ballerinas to quilted boots, as well as a handful of athletic-inspired casuals for boys. Retail prices will range from $39 to $59, with boots at $69.