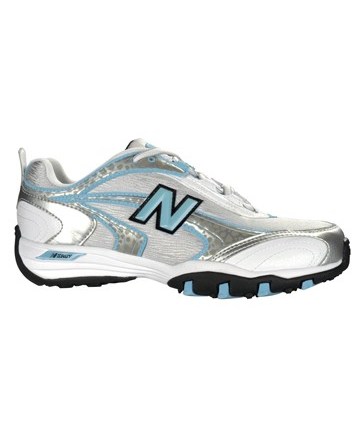 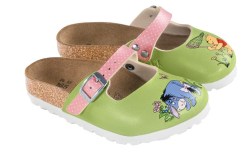 Animal Crossing
New Balance is targeting tweens with its new NB Fierce Trax collection, built around its new kids’ 900 running shoe model. Inspired by the cheetah, the 900 features the Boston-based brand’s kids-only N-Grip outsole technology, an aggressive, paw-inspired turf outsole that supplies slip-resistant footing and enhanced traction. In addition, New Balance’s patented N-ergy responsive cushioning technology in the heel provides for a smooth transition and delivers impact force distribution, reducing the number of hot spots in the shoe. The offering is composed of four styles, two boys’ colorways and two girls’ colorways. The girls’ models are detailed with a cheetah print on the upper. Slated to hit stores in January, the NB Fierce Trax shoes, to be packaged in custom shoe boxes, will retail for $55. Going forward, additional shoe models will be added to the collection.

Character Witness
Birki’s is getting into character for spring. The German brand, sold and distributed in the U.S. by Novato, Calif.-based L&L Logic and Logistics, has partnered with entertainment giant Walt Disney Co. to introduce a co-branded collection of shoes for kids and adults. The new Disney by Birki’s offering consists of several popular Birki’s styles, including the Maria clog, the Ios double-strap footbed sandal and the Aruba water-friendly sandal, adorned with Disney characters Mickey Mouse, Minnie Mouse, Pluto, Tinker Bell, Winnie the Pooh and others. Slated to deliver to stores in February, the shoes will retail from $49 to $109. Select styles are available now on a limited-distribution basis.

Pillow Talk
Kinderland has added a new kids’ brand to its stable. The Miami-based firm will serve as the exclusive U.S. sales and distribution agent for Italian newcomer Bocorocco. Launching globally for spring ’10, the brand is built around a patented pillow-like cushioned insole designed to absorb shock, relieve pressure and provide enhanced support. According to the company, the insole technology is based on a study linking brain function with the impact a child’s growing feet sustain during walking and other activity. The study found that foot pain can disturb children’s concentration. Available in European sizes 17 to 35, the collection will retail from $60 to $70. A companion adult offering is on the drawing board.