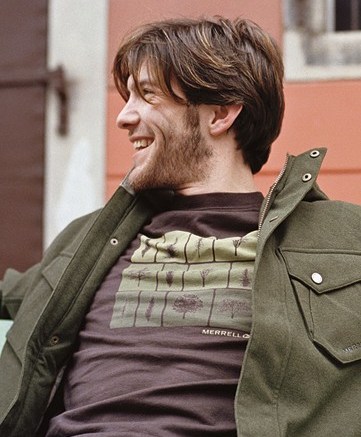 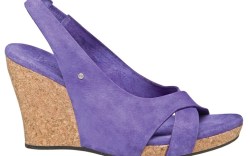 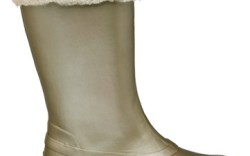 NEW YORK — Although the contracting economy has resulted in significant streamlining and cost cutting, not all footwear firms are putting the brakes on growth.

A number of brands, including Ugg, Merrell, Skechers and Steve Madden, among others, are continuing to expand into new footwear categories and segments such as apparel and accessories.

“If you can keep building in this economy, it will only help you when things get better,” said Scott Krasik, a senior analyst at C.L. King & Associates. “If you already have a category killer, it makes sense to grow and diversify right now because it will benefit you in the long run. But if you’re doing something just to try something new, you’re going to throw away marketing dollars and capital.”

Wolverine World Wide Inc., for one, is expanding its successful Merrell footwear brand into apparel and vertical retail stores, albeit at a slower rate than planned prior to the recession. “Our growth is certainly tempered by the economy, but we’re moving forward,” said Scott Sible, Merrell’s president.

The company plans to have more than 100 Merrell stores by the end of 2009, compared with the 78 it has now. And direct retail is expected to contribute 15 percent of the brand’s sales within five years.

Meanwhile, Merrell’s apparel shipments were above plan for the first quarter of 2009, and Wolverine is forming a dedicated apparel sales force in the U.S.

Still, Sible conceded that “the apparel business is extremely competitive,” and Merrell already has corrected some initial missteps. In addition, the same market forces that are helping Merrell’s footwear grow — namely, customer recognition — are hindering its apparel expansion, he said.

But long-term, clothing is expected to ring up 30 percent of the brand’s sales. “Apparel is vital for Merrell’s growth,” said Sible. “We’re a limited-distribution brand, and we can’t sell our footwear at every store out there. We’re doing what we can to preserve topline revenue, but we’re preparing to come out of this [recession] in better shape than when we went in.”

Like Merrell, Deckers Outdoor Corp.’s Ugg Australia brand is also pushing to diversify its portfolio. As market watchers wonder how long its classic sheepskin boot will remain a must-have item, Ugg is working hard to build its spring business. For spring ’09, the company added a rain boot to its portfolio, and Deckers’ Chairman, President and CEO Angel Martinez said during the company’s first-quarter conference call that Ugg “entered 2009 with more shelf space at retail for our spring collections than ever before.”

“We’re not changing our [diversification] strategy based on the economy,” said Connie Rishwain, president of the Ugg brand.

However, not all analysts are as bullish about Ugg’s spring line. Mitch Kummetz, an analyst at Robert W. Baird, recently noted that “Ugg has yet to become a really strong spring brand.”

C.L. King’s Krasik agreed: “The spring line is not moving the needle the way the classics have. They created a new category of footwear with their original sheepskin boots, but with their spring line, they’re just reinterpreting categories that already exist. That doesn’t mean they can’t take some share, but they’re not going to generate the same buzz from a wedge as they did from the classic boot.”

Steven Madden Ltd. has parlayed its understanding of the juniors’ fashion customer into success with its accessories business, Daniel M. Friedman, which includes Betsey Johnson, Steve Madden and Steven handbags.

Ed Rosenfeld, chairman and CEO of Steven Madden, said that “growing our accessories business was part of our long-term plan, not something we did in response to the contracting economy.” However, as other areas of the company’s business have struggled, accessories have been a boon to the bottom line. Net sales were up 23 percent to $67 million in 2008, and in the first quarter of 2009, revenues rose 11 percent.

Sam Poser, a senior research analyst with Sterne Agee, believes Steve Madden has even more opportunity to grow accessories. “They’ve done a nice job with handbags for one customer [in one price point]. They have an opportunity to add customers in handbags up and down the food chain.”

What Steve Madden may not be so good at, says one analyst who requested anonymity, is its men’s and retail businesses, both of which saw declines in 2008. “Accessories are a logical brand extension,” he said. “Men’s wholesale and retail make less sense.”

Like Steve Madden, Skechers USA Inc. is expanding into other areas. This fall, it will launch kids’ apparel through a license with Adjmi Apparel Group. And for spring ’10, Skechers will debut eyewear through a license with Viva International Group. While analysts doubt the additional product categories will add significant material value in coming quarters, the licensing arrangement creates a win-win situation for the firm. “It doesn’t cost anything for Skechers, and they can get someone else to do all the work,” said Poser.

All told, B. Riley & Co. senior analyst Jeff Van Sinderen believes companies that have found success in diversification during tough economic times have done so by targeting their core customer at a wide range of price points and categories. “The rule of thumb,” he said, “is to stick to what you’re good at. When the economy is stronger, you can try new things. But now is not a time to be experimenting.”