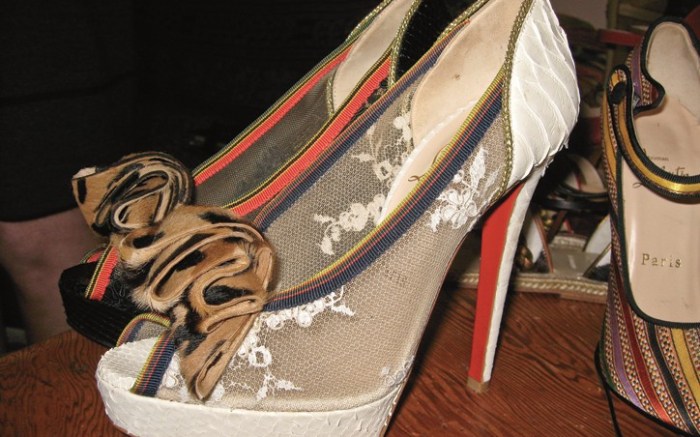 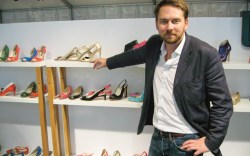 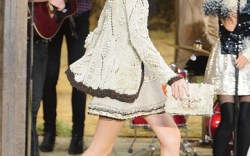 Luxury buyers are not ready to declare the market on the mend, but many shopping the collections here last week said they are confident the fresh designer offerings for next season will give sales a boost.

“We were very excited in Paris,” said Kurt Geiger CEO Neil Clifford. “We’ve seen a fresh wind sweeping through footwear, with a wide variety of heel heights, shapes and colors.”

“Designers have a responsibility to bring newness to the market, and there is a great newness in footwear,” Neiman Marcus Fashion Director Ken Downing said during an interview at Premiere Classe.

While most retailers were upbeat about spring product, it is clear that the economic crisis — which heightened during Paris Fashion Week last October — is still top of mind. And the vast majority of retail execs said they would keep inventory levels trim next season.

“Our buyers are buying very carefully and editing down to the key items,” said Peter Harris, president of Hong Kong-based Pedder Group. “We’re feeding those brands that are performing and we’ve really been focused on developing stronger partnerships with our core [vendors]. It has really been back to basics.”

“Operating with less inventory allows us to react in-season to performing brands and styles,” she said. “We continue to buy iconic products, staying true to each brand’s DNA.”

Carlton’s top picks from Paris included Christian Louboutin, Valentino and Christian Dior. “All these collections were beautiful and refined,” she said.

While the big luxury players clearly delivered this season, emerging designers made a splash as well. A number of buyers cited Tabitha Simmons, who unveiled her second collection, as a designer on the rise.

Nicholas Kirkwood, a retail favorite over the past several seasons, also drew praise for his spring offering. “Nicholas has really matured in his aesthetic and showed us a very well-rounded collection,” said Todd Hanshaw, DMM of fashion at Wynn Las Vegas, who praised the new flats and mid-heel heights in the line. “I am so happy that he thought, as we do, that it is time to offer more than a platform to our clients next season.”

Other designers — on and off the runway — also responded to demand for innovative offerings in new categories.

“The shoes everyone is buzzing about are the clogs at Chanel,” said Brooke Scott, fashion director for handbags, shoes and fashion accessories at Bloomingdale’s. “It has been so long since we have seen a clog and it looked so fresh to the eye. … And the comfort factor cannot be overlooked either. I am hoping this could be the beginning of a more casual look going forward. Also, I loved the wearable and understandable cork-bottom wedges at Stella McCartney. … The mid-heel on the catwalk is news.”

Designer Rupert Sanderson affirmed that buyers were open to a range of looks this season.

“They seem to be after a mix of things, from shoes with clean lines to the 115mm shoe with frayed edges and an extreme, Goth feel,” Sanderson said.

Retailers are not just looking for variety in footwear but in other categories as well, according to designer Diana Broussard. To that end, she unveiled her first lingerie collection at Premiere Classe, alongside her shoes and jewelry. “There is great energy here,” said the New York-based designer, who was exhibiting at the show for the first time.

While the largest concentration of footwear designers showed at Premiere Classe, there was still plenty of buzz in other parts of the city.

Among the notable newcomers this season was Alessandra Lanvin — whose husband, Hubert Lanvin, is a member of the Lanvin family.

She teamed up with Berlin-based designer Burak Uyan to unveil a new line called Aperlaï, a 13-style, Italian-made collection. It has already been picked up by several retailers, including London-based Harvey Nichols, Holt Renfrew and Podium, said Alessandra Lanvin, who is serving as managing director for the brand.

“Despite the recession, buyers have been really enthusiastic about our shoes because they are feminine without being girly and they’re comfortable,” she said.