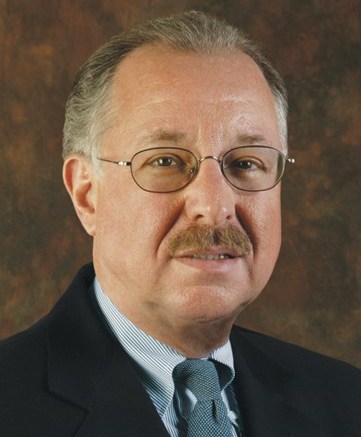 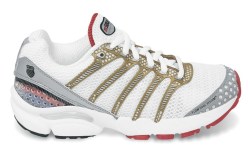 WESTLAKE VILLAGE, Calif. — K-Swiss Inc. is banking on a fresh brand strategy to get the troubled company back on track.

At its annual meeting here last week, the athletic firm unveiled a far-reaching, long-term plan that plays up its tennis heritage, Ironman collaborations and California roots.

“We have more resources at our disposal today than ever before … so there is a sense of optimism here and we’re excited about where we’re going,” said Chairman, President and CEO Steven Nichols.

EVP David Nichols noted that the company had divided its product assortment into three classifications: California Heritage, which includes the Remastered Classic and tennis products; California Fit, which incorporates the firm’s running shoes; and California Youth, a new footwear category that will include products in the action-sports arena.

“Internally, [this plan] tells us where to go and gives us guard rails,” said David Nichols. “These category collections also diversify our product mix, so we’re not so trend-vulnerable.”

David Nichols admitted that in recent years the company had rested on the success of its original Classic sneaker and failed to develop new products. “We were a victim of our own success … and we became defined by the Classic look: white, nonperformance footwear,” he said, noting that when fashion trends shifted away from that, K-Swiss was left without another sales generator. “Other companies [that were selling classic product] were able to say, ‘Well, that might not be selling, but we have this or this or this.’ We looked to our other hand and there was nothing there.”

Print, outdoor and online ads featuring the new branding are slated to debut during the first quarter of 2010, followed by the release of a wide range of new spring product, including the company’s largest collection of running styles. That line will expand on the company’s miSoul interchangeable footbed technology, which allows consumers to select and interchange footbeds depending on their specific training requirements. Distribution will remain tight and focused on specialty running accounts.

K-Swiss’ Remastered Classic look also will evolve with additional colorways and materials. And the company plans to bow the Speedster Classic sneaker, a modern, more-fashionable interpretation of the Classic, as will as its first action-sports shoe.

For his part, Susquehanna Financial Group analyst Christopher Svezia said time will tell if the company can successfully expand beyond its Classic roots.

“It’s a difficult time to be launching new product,” he said. “I don’t think this is something that can turn K-Swiss around on a dime, but they’re putting things out there, looking for an opportunity. For now, K-Swiss is tied to its core Classic business. It will take time to build up credibility in running. Anyone who enters that business has to recognize that.”