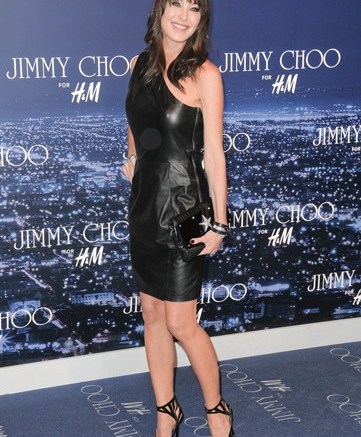 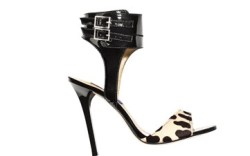 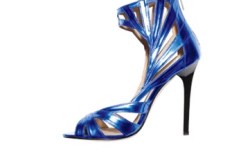 LONDON — As Jimmy Choo’s highly anticipated capsule collection for H&M hits stores on Saturday, the company is gearing up for a number of other big initiatives.

Heading into 2010, CEO Josh Schulman is upbeat about the launch of the 24/7 collection, as well as several high-profile store openings — all part of an effort to foster growth after a tough year for the brand and the entire luxury industry.

Jimmy Choo is continuing its push into new markets. This year, the company bowed new U.K. stores in Birmingham, the Westfield shopping center and the Harrods space in Heathrow Terminal Four — as well as stores in Beirut; Melbourne, Australia; and in the Resorts World casino in Singapore. In the first quarter of 2010, Choo will expand through franchise openings in Dubai; Doha, Qatar; Riyadh, Saudi Arabia; Shanghai; Bangalore, India; and five locations in Japan.

While retail openings are not centered on the U.S. market, the brand is still looking to make a splash here in 2010.

Saks Fifth Avenue and Nordstrom are among the retailers that will carry 24/7, a collection of the firm’s best-selling classics that will debut in January.

“[Retailers] saw this as an opportunity to build a strong fashion core in a fresh, modern way, and, as such, consider this a breakthrough, something to propel sales not just for Jimmy Choo but the entire luxury shoe category in 2010,” Schulman said.

“It’s a project we are very excited about,” Frasch said. “It’s a great offering of product … and it will balance their fashion assortment. We think it’s going to be a big and profitable business.”

Schulman and Jimmy Choo Founder and President Tamara Mellon also have been building buzz around the brand’s Project PEP charity initiative, which was launched in conjunction with the Elton John AIDS Foundation. (Twenty-five percent of Project PEP sales will be donated to the Simelela Rape Centre in Cape Town, South Africa).

The pair kicked off Project PEP in London at Selfridges on Oct. 29, and last week, Project PEP events were held in several other key Jimmy Choo stores.

And last Monday marked the official debut of the one-off, limited-edition Jimmy Choo for H&M collection in Los Angeles, where Mellon hosted a private party to celebrate the launch.

“We’re so excited about the end result,” Mellon told Footwear News at the event. “We delivered a product that is really exciting for the H&M customer.” Still, she admitted, “It was a challenge [to design at a lower price point].”

H&M reps also were excited about the collaboration, which includes shoes, apparel and accessories for men and women.

“We have noted an enormous interest from media and customers so far,” said Jenni Tapper-Hoël, H&M’s global head of public relations.

Given the success of the project, will Jimmy Choo now consider apparel and men’s lines under its own brand?