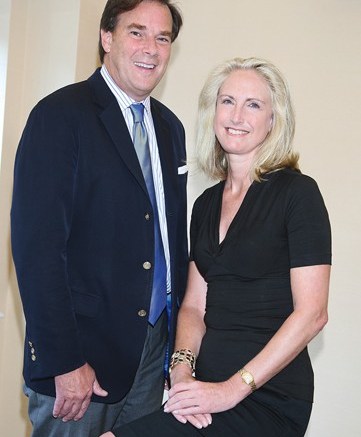 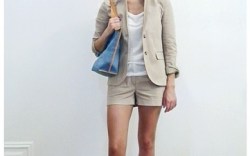 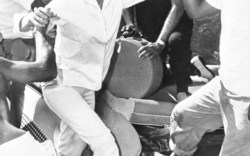 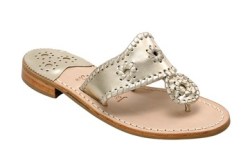 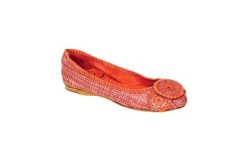 Jack Rogers is making a break for it.

The brand that got its start with a single, classic sandal favored by 1960s socialites in Palm Beach, Fla., is aiming to go national and use its widespread recognition to spin the collection beyond its one look.

Though Jack Rogers is known for the Navajo — a thong-style leather sandal with thick stitching in flower-like designs — new ownership of the brand brings with it ambitious plans to branch out into a broader collection of footwear, handbags and apparel for spring ’10.

“This sandal is iconic and has longevity,” said William Smith, whose Global Reach Capital firm bought the brand from Miami-based JMR Management last November. “It’s a unique design, and we thought that could translate very well into other categories.”

Smith and Jack Rogers CEO Denise Johnston now are working to grow the footwear business — which has an estimated volume of $10 million to $12 million — and double its Navajo sales over the coming year. Price points for the collection, which includes jellies, wedges, heels, ballet flats and tall boots, begin at $96 for the classic Navajo and peak around $350. The apparel collection, which is produced in-house, is made up of trousers, sundresses and dress shirts.

For the expansion, Smith and Johnston, who has held executive positions at Liz Claiborne and Gap, have built a team of industry veterans, including Jack Rogers founder Joel Rabin, who manufactures the Navajo styles in Florida, and Bill Baum and Peter Grueterich of the New York-based Peter Marcus Group, which is producing the expanded footwear offerings and a few handbag styles out of Brazil. Together, they are focused on creating a broader reach for the Jack Rogers name, bolstering wholesale accounts and opening branded retail shops.

“We worked really hard to build this brand, but I went as far as I was ready, willing, able and, quite honestly, probably capable of going,” said Rabin, who is also an investor in the company. “To see it go on further and know the potential is there was a big part of the satisfaction to me.”

Despite the troubled economy, Johnston and Smith are approaching the coming year with confidence. “Everyone is looking for freshness,” Smith said, noting long-term plans could include Jack Rogers sunglasses and fragrances. “It’s a good time to do it because we’re not facing as much competition with other brands expanding out there. It’s a little gutsier because people just aren’t out there spending money.”

Retail plans include opening a branded boutique on New York’s Upper East Side in May and bowing a few pop-up stores for resort ’10 and additional shops in spring ’11, possibly in the Hamptons in New York and in Bal Harbour, Fla. Brand execs are also in negotiations for a New York showroom, eyeing a West 44th Street carriage house, where they could set up wholesale.

“We have three-quarters of the country to cover,” Johnston said, noting that the majority of Jack Rogers accounts are on the East Coast, from Florida through the Carolinas and into the Hamptons. “We’re going into new regions. There’s a whole new world we can open up in California and Texas, which are areas we’re very underdeveloped in.”

Saks Fifth Avenue was the brand’s first national account in the 1960s, and in the years since, the shoes have been picked up by more than 400 high-end independent retailers and department stores, including Neiman Marcus, Bergdorf Goodman and Nordstrom, all of which are being targeted for the expanded collection.

Jildor Shoes, with stores in the greater New York area, has been carrying the sandals for more than a decade, and buyer Jan Friedman, who has picked up a handful of the new styles, said consumers have been faithful season after season. “There aren’t many things in the shoe business that stay around for that long,” she said, “but [the Navajo] has.”

Still, Friedman noted that the sandal’s success could also be a hindrance, potentially marking the brand as one-note. “They’re taking one shoe and seeing if they can build a whole thing around it. Who knows if it’s going to work?” Friedman said. “Maybe it’s the fact that it’s only one shoe that is the specialness. It will be interesting to see what happens now.”

For Duke Pinner, who has carried Jack Rogers at his Gainesville, Fla., store, Pinner’s Fine Shoes, for more than 35 years, the brand has been a key part of his offering. “If you were in the better shoe business and you didn’t have Jack Rogers, you’d be missing something,” he said, noting that he has already booked a few items from the broader collection. “It’s a very prestigious line of shoes.”

The Jack Rogers expansion, Pinner added, comes at a time when the brand has evolved to reach a broader base of customers. “Ten years ago, it was viewed as an older women’s brand,” he said. “But I’m right next to the University of Florida, and for those girls, it’s a must. It has brought a new, more youthful customer to my business.” — With contributions from Gabrielle Fratangelo