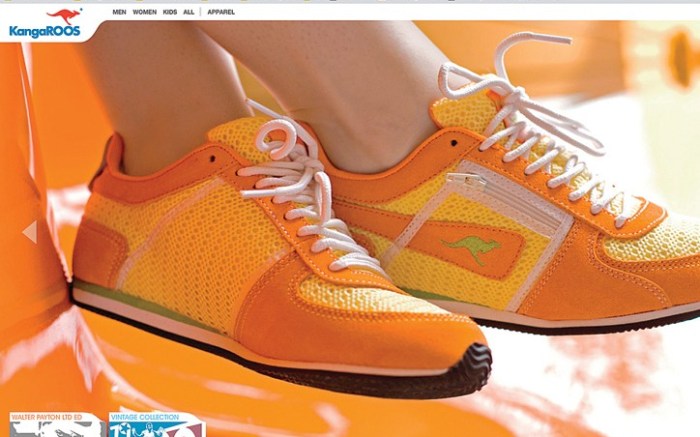 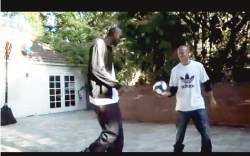 NEW YORK — In a very short time, online marketing has gone from an experimental endeavor to become the focus of many companies’ strategic plans, especially for firms that cater to younger audiences.

Footwear firms are evolving their messages beyond simple banner ads on Websites to working with blogs to offer special deals to readers, engaging in social networking sites and creating viral video campaigns.

“Digital devices, that’s where the youth market is — that’s where they spend all their time,” said Thomas Spicer, managing director for Studiocom Boston, the agency that is handling online branding for KangaRoos.

For KangaRoos, reaching that younger audience was particularly important, since it hoped to reintroduce itself to a new generation. “Here was a brand that was popular in the 1980s, and the challenge was for them to relaunch in the next century. We took the view that online is the only way to reach the audience they needed to connect with — the teen group,” Spicer said.

The first step was to build a strong site presence that delivered the brand’s tone and provided detailed information to consumers and retailers, Spicer said. Then Roos took the campaign on the road, doing blogger outreach around the Superbowl through its relationship with the family of former brand ambassador and NFL great Walter Peyton, and by hosting events on Facebook.com.

“What we’re finding is that the old strategy, that as a brand you need to bring everyone to your site, isn’t enough,” Spicer said. “Now, you go where the fish are. If your audience is on Facebook, you spend the time and money to build a presence there.”

That idea, what Spicer calls a “distributed brand presence,” is rapidly catching on among shoe companies. Already, many brands actively participate on Facebook or Myspace, from sneaker labels Nike, Adidas and Puma to outdoor players Merrell and Keen and teen favorites Steve Madden, Vans and Pastry. Retailers, including H&M, Zara, Journeys, Gap and many others, also are using social networking to increase their exposure online.

The distributed method seems to be gaining some traction. Angela and Vanessa Simmons, the designers and faces of Pastry Shoes, which launched in March 2007, have more than 30,000 fans on their Myspace page, thanks, in part, to their celebrity from the MTV reality-TV show “Run’s House.”

And for the larger brands, those numbers increase. Converse, Nike and Adidas each have more than 1 million fans on their Facebook pages, where they post traffic-driving news, photos and videos, including a “shoot-out” between Adidas athletes Kevin Garnett and David Beckham that has netted almost 870,000 views on YouTube.

Another growing social destination is Twitter, a micro-blogging site that allows users to write and share updates (also called “tweats”). Among the industry players who are active there are Zappos.com’s Tony Hsieh, Iconix’s Neil Cole, Christian Louboutin, Shane and Shawn Ward of Detny and Ben Finklea from END Footwear.

“As a startup brand, social media strategy becomes even more important to educate and build awareness,” said Paul Curran, a spokesman for END. “Social networking is a spider web of connections that provides countless people the opportunity to expose the END story to friends, family and contacts.”

Other companies are courting blog audiences. Last fall, Nine West established a branded boutique on Shoetube.tv, an online video channel. Lovely People is teaming up with InStyle.com for the launch of its e-commerce site next month. And Schwartz & Benjamin’s Daniblack brand works with fashion blogs including Stylecaster and Running with Heels.

“The Internet continues to be a vital tool to help Daniblack reach new consumers,” said Steve Shapiro, president of Schwartz & Benjamin. “We’re excited to be able to focus our marketing strategy on this channel of media and increase our exposure.”

For Keen though, dabbling in other Websites just wasn’t enough. This month, the outdoor shoe company is debuting its own social networking site that will be a greatest hits version of Facebook, Twitter and Flickr. Guests can create profiles, upload photos, blog about their activities and connect with other Keen enthusiasts online.

While the site, which was developed with Austin, Texas-based Wright Strategies, was a big investment time-wise, the cost of the entire build-out was comparable to a single national print campaign, said Gillian Kennedy, Keen’s web marketing manager.

“The nice thing about this is that it ties in with everything else we’re doing [in our marketing efforts],” she said. “It gives us a strong call to action at events. And it’s a nice way to build a home for the Keen community.”