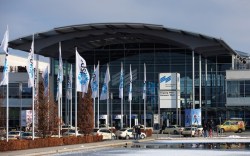 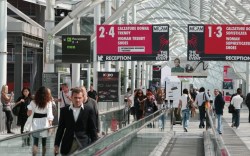 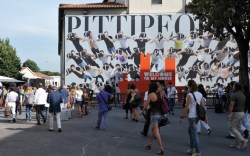 12-15
Pitti Uomo
Florence, Italy
http://www.pittimmagine.com
What’s new: To mark 100 years, the high-end men’s show will include a special exhibition space designed by architect Elio Di Franco. The fair also will unveil a new layout: The Main Pavilion will be set up like an urban fashion district, with more open booths.

12-15
MosShoes
Moscow, Russia
http://www.mosshoes.com
What’s new: The show, held at the Crocus Expo Pavilion, expects to accommodate a larger crowd in 2010. International participants include vendors from Italy, Brazil, Germany and China, to name a few.

16-19
73rd ExpoRivaSchuh
Riva del Garda, Italy
http://www.exporivaschuh.it
What’s new: One of Italy’s main shows for the moderate-priced footwear business, the four-day event continues to expand its international following, and 60 percent of its exhibitors will be from outside Italy this time around. Overall, the fair expects to draw about 1,100 visitors.

18-21
Couromoda
São Paolo
http://www.couromoda.com
What’s new: The show spent 2009 working to build buzz among retailers and importers — and as a result, increased its attendance numbers by 12 percent compared with last year. Last month, Couromoda showcased a new venture: The São Paolo Pret-a-Porter — a clothing and accessories fair that officially launches in January 2011.

23-25
Midec/Accessoires Avenue
Paris
http://www.midec.com
What’s new: The show expects a large turnout in January, after seeing an increase in the number of company visitors for 2009, compared with 2008. The international turnout rose 35 percent, with dominant participation from Western Europe and Japan.

31-Feb. 3
25th India International Leather Fair
Chennai, India
http://www.iilfleatherfair.com
What’s new: The show will include a discussion platform, a fashion show and social evening, as well as seminars and conferences on the new developments within the leather industry. The event continues to expand its client base internationally.

7-10
ISPO
Munich, Germany
http://www.ispo.com
What’s new: The sports fair will celebrate its 40th anniversary. The show will again offer the snow ice and rock summit and will include fashion shows, panel discussions and workshops.

9-12
Le Cuir a Paris
Paris
http://www.lecuiraparis.com
What’s new: Designers Village is returning, as the show is again renewing its partnership with The French Institute of Fashion. The showcased shoes and bags are the product of 20 international students, who partner with businesses.

9-12
Premiere Vision
Paris
http://www.premierevision.fr
What’s new: While Paris is still the focus, the show is expanding to two new international locations: Japan and Brazil. In January 2010, Premiere Brasil by Premier Vision will debut, and in March 2010, Premiere Vision Tokyo/Jitac will begin.

28-March 1
Ontario Shoe Travelers Association
Toronto, Ontario
http://www.torontoshoeshow.com
What’s new: The show is now a three-day affair, with more than 400 brands and in excess of 600 exhibitors participating. At least 1,400 visitors are expected to attend.

5-8
Premiere Classe
Jardin Des Tuilleries
Paris
http://www.premiere-classe.com
What’s new: The show celebrated its 20th anniversary in 2009 and continues to be an important stop for high-end designers. Footwear has become a bigger part of the mix over the years.

12-14
GDS/GLS
Düsseldorf, Germany
http://www.gds-online.com
What’s new: The focus is now a fashion and trend trade fair with new concept areas such as “Upper Style Concept” and “Prime Square” in 2010. The restructure was designed to give buyers a clearer organization that represents both contemporary and traditional designs.

29-31
Fashion Access
Hong Kong
http://www.aplf.com
What’s new: The focus of the show remains on sustainable fashion. In October, the show used a forum format to discuss such topics and encourage attendee participation.

16-18
Lineapelle
Bologna, Italy
http://www.lineapelle-fair.it
What’s new: The show is a prime stop for designers on the hunt for new leathers for their products. For 2010, Lineapelle will focus on color trends such as faded, humid, solar and fusion.

22-25
Sapica
León, Mexico
http://www.sapica.com
What’s new: More than 850 participants are expected to take part in the event. Some of the foreign visitors will hail from Chile, Costa Rica, Germany and France.

4-6
China Shoes
Dongguan Houjie, China
http://www.chinashoesexpo.com
What’s new: The expo is unveiling China Bags this year, a new event that will coincide with China Shoes. With the combination, the show hopes to give consumers a better variety in one stop.

*Trade show listings are for the first half of 2010. All dates are subject to change.