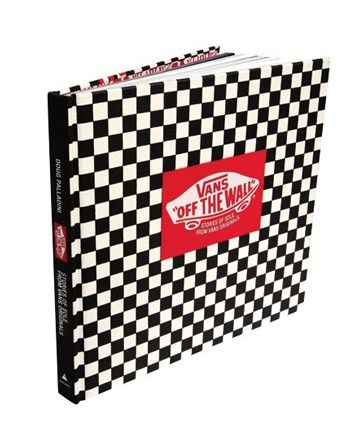 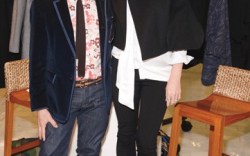 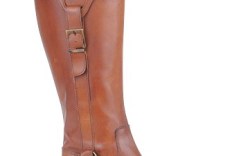 Check It Out
Doug Palladini said the only thing that surprised him when it came to writing a book about Vans was that no one had beat him to it. “When I came to Vans in 2005, I was blown away that [the book] hadn’t been done. I thought, ‘That’s definitely going on my list of things I want to accomplish while I’m here,’” said Palladini, Vans’ VP of marketing. The project eventually became “Vans Off the Wall: Stories of Sole from Vans Originals,” which includes vignettes from 20-plus friends of the brand and “collectively tells the story of how the brand came about,” said Palladini — from the rise of skateboarding culture, the Warped Tour and the Triple Crown of surfing to the checkerboard pattern and waffle sole the brand made famous. Of course, in putting together the book, Palladini said he uncovered dozens more stories worth telling. “I spent a day at [pro skater] Steve Caballero’s house, working with him, and I realized we need to do a book about his whole life. And we wanted to write about Vans’ place in fashion with our Vault line, but we didn’t have the room to do it — that’s a whole other book to do there.” So, should Insider start looking for Vans to roll out a whole series of book titles? “Can I get this one out and see it in stores before I answer that?” Palladini laughed. “First, I just want to see someone pay for it.” The book, published by Abrams, will hit bookstores, skate shops and Vans retail early next month.


Barneys Beat
At an appearance last week at her Barneys trunk show, British designer Stella McCartney dished to Insider about her latest collection and green ethics, as well as her ability to carry a tune (for the record: she claims she’s not bad). After a quick intro from Barneys Creative Director Simon Doonan (below, left, with the designer), McCartney talked about the difficulties her vegan-only standards create in accessories. “Our shoes are 70 percent more expensive to make because we don’t use conventional methods,” she said of her Italian-made line. “When you’re not working with leather, you really have to think outside the box.”

Despite rumors last week that Barneys could close some stores, including the Las Vegas Palazzo location, Fashion Director Julie Gilhart was upbeat about a new product launch at the retailer: a Keds collab with organic label Loomstate, which comes out in June. “They took the laces out [and] it’s very psychedelic — a really great product,” she said. And the best part? The under-$100 price point. Meanwhile, among the customers spending a rainy day at Barneys was R&B crooner John Legend, browsing the Louboutins with model girlfriend Christine Teigen.

Ride Along
Steven Dann has boots on the brain. The owner of the eponymous boutique in Great Neck, N.Y., told Insider he’s planning to expand his Italian-made riding boot style into a full-blown collection. “No matter who you are, the riding boot silhouette can carry you through multiple seasons and different looks,” he said. The style has some famous fans already: “Real Housewives of New York” star Ramona Singer came in and bought a pair, Dann said.

Full Agenda
The Agenda Trade Show is unhitching its wagon from ASR. The upcoming show will now take place July 22-23 at the Hyatt Regency in Huntington Beach, Calif. President Aaron Levant told Insider the move was specifically designed to give shoe buyers and vendors more time to place orders before late summer deadlines. “This was a move for the better, especially with the timing and requirements of the footwear business,” he said. Among the 100 to 120 brands taking part in the show are Adidas, Circa, Converse, Creative Recreation, K-Swiss, New Balance, Nike 6.0, PF Flyers, Reebok, Supra and the Hundreds. — With contributions from Meghan Cass