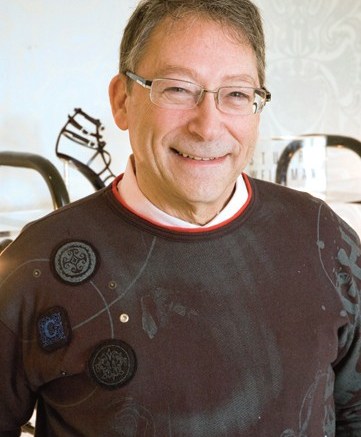 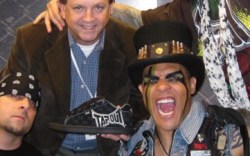 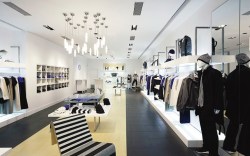 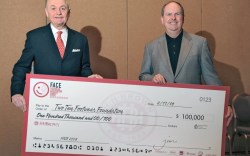 Insider caught up with Stuart Weitzman last week at Los Angeles’ The London hotel, where the designer was set up for Oscar week. Weitzman said most of the stylists were opting for toned-down styles to match the country’s economic mood. “Actresses are no different from you or me when it comes to this stuff,” he said. “And the times dictate a more understated look.” While Weitzman was mum on who had picked out shoes, Angelina Jolie, Katie Holmes and Beyoncé have already been spotted wearing his designs this awards season. Ironically, Weitzman said the tough economic times are helping his wholesale business, since his shoes, at $325 to $395, are priced considerably lower than other luxe labels. “I didn’t plan for it this way, but we’ve never priced our product as luxury product,” he said. “We cater to the same customer, but we’re not a luxury price, so we have opportunities others don’t.” Insider was also privy to a recent ping-pong smack down at Weitzman’s New York showroom. Weitzman, who prepares for matches with finger exercises, beat fellow fanatic Melissa Koonin in two close matches, but sent her home with a collection of his shoes.

Last week saw a slew of high-profile New York store openings from Armani, Diesel and King of Greene Street. Adidas, too, used Fashion Week to bow its inaugural SLVR retail concept (above) and show off the apparel, footwear and accessories that collection designer Nic Galway called “progressive and very much about silhouette.” Talking to Insider at a store event, Galway said that the line (in development for the past two years) keeps price points under $190 — a happy coincidence these days. “It’s affordable, timeless product,” he said, “which is really appealing right now.” The New York store is the first of many — openings are planned in Miami, Los Angeles, Paris, Moscow and Berlin.

BBC International CEO Bob Campbell is reaping the benefits of a healthy heart. The American Heart Association honored Campbell, who underwent a quintuple bypass five years ago, on Feb. 21 at the 27th annual Heart Ball in Boca Raton, Fla. The Association paid homage to Campbell, who also serves on the South East Board of the AHA, for his fundraising efforts. While Campbell told Insider he was thrilled to receive the award, nothing compares to his new outlook on life. “I feel healthier than ever,” he said. “It amazes me the research and all the things they do. It’s a privilege to be honored.”

Seen
The imposing presences of Punkass, Mask and Skyscrape (below, from left), founders of mixed-martial-arts franchise Tapout, making the scene at the brand’s Magic booth for their newly launched footwear line with Skechers. Posing for a pic was Stage Stores buyer Robert Clark (in back).

• Britney Spears is getting a little professional help — from Dr. Marten’s. A company rep told Insider the brand would be outfitting the dancers on Spears’ upcoming “Circus” concert tour, which kicks off March 3 in New Orleans. According to the rep, tour organizers requested 60 pairs of the original black style, as well as patent kicks. The Pussycat Dolls, who will be opening for Spears, will also be sporting Docs.

• Kim Kardashian, shoe maven? The reality TV star is partnering with Brian Lee and Michael Antonio chief Michael Su on a new online venture. The business, called Shoedazzle.com, taps the tastes of fashion experts who recommend five shoes every month, based on a subscriber’s personality and style preference.

• Shane and Shawn Ward, the twin designers behind Detny, are delisting their company from the German stock exchange, as there wasn’t a large enough financial market. The Wards are also looking to add a co-tenant at their Nolita store, which would help offset high Manhattan rent and sluggish sales. And word has it that the duo has been taping an episode of MTV’s reality makeover show “Made.”

• Insider heard the Harbor Footwear and Red Wing booths were both trashed a day before the WSA Show, with bleach poured on carpets and profanity spray-painted on inside panels. The damage is believed to have come from teamsters who were upset with their choice of workers hired to assemble the booths.

• Brown Shoe Co. is adding another designer to its growing fashion roster, which already includes Vera Wang and Vena Cava for Via Spiga. Insider got a peek at the fall ’09 collection, priced between $225 and $475 at retail. A rep for the mystery mono-named designer is waiting on Brown to make an official announcement. Stay tuned.

• Manitobah Mukluks created quite a stir when the Native American brand’s architect, Greg Dreaver, showed up in traditional garb and set up a teepee over the room’s bed. The Winnipeg, Manitoba-based brand was showing at WSA for the first time.

• Insider heard that one lucky vendor took a break from the show floor to play the slots at the Bellagio — and cashed in with a $10,000 win.

• Out on the Strip, Modern Vintage pulled a top-secret move. The Toronto-based brand created a mobile showroom — a solid black van with the Modern Vintage logo — that was open only to its best clients. “We wanted to keep it controlled and under wraps,” said CEO Rick Cytrynbaum. “[It was] almost like you needed a special password to get in.” Doors of the van admitted only a handful of U.S. clients, who were able to peruse footwear from the company’s No. 704b European brand. “We had somewhat of a bidding war [for retailers] to get the opportunity to get this ‘secret treat,’” Cytrynbaum said.

• On Feb. 13, the Two Ten Footwear Association got a welcome surprise in the form of a $100,000 donation from the Footwear Association Charity Event. H.H. Brown President and CEO Jim Issler presented the check to Two Ten Chairman Timothy O’Donovan at an event during WSA (above). FACE was founded by H.H. Brown, Daphne (one of China’s largest footwear retailers) and other footwear industry players and is dedicated to improving the lives of needy children in China. Issler told Insider after the event, “On behalf of 98 different sponsors, we’re happy to donate this check to Two Ten for use in pioneering their scholarship program in mainland China. With more than 90 percent of the shoes sold in the U.S. made in China, this is a great start for Two Ten helping shoe people around the world.” —  With contributions from Lindsay E. Sammon, Barbara Schneider-Levy, Neil Weilheimer and Marcie Young