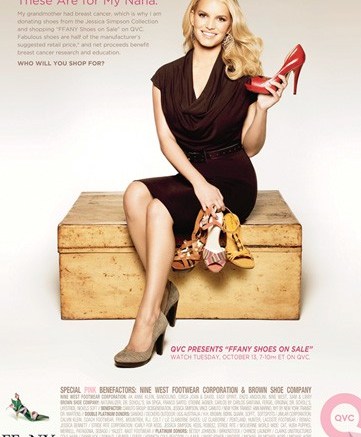 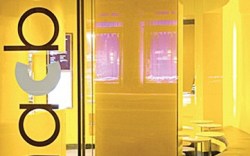 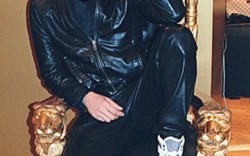 Call it the Jess effect. Less than a month away from the newly revamped “FFANY Shoes on Sale” presented by QVC, FFANY prez Joe Moore told Insider that some A-list celebrities may be planning to stop by the cocktail hour on Oct. 13 at Time Warner Center’s Frederick P. Rose Hall, thanks to celebrity guest and campaign spokesperson Jessica Simpson. (Simpson will walk the red carpet, then mingle with guests for the remainder of the three-hour event.) Want to see Simpson yourself? Tickets are still available by calling 212-627-1000 or e-mailing Ffany@resevt.com. “Our response has been surprisingly good, and we will definitely sell out, so that is a positive,” Moore said. “People continue to be supportive and interested, so we’re staying on track.”

Auri Footwear founder and CEO Ori Rosenbaum thinks big. “I would like to be the Apple Inc. of the footwear industry,” he revealed. “Even though they are a small slice of the electronics market, they are the beacon to the industry of what success is in that space.” Could he be on his way? Auri was recently named by Forbes Magazine as one of the most promising companies in America. (The company was the only fashion brand to make the list.) The result could lead to a new group of investors, Rosenbaum said. “This opens the door to more strategic alliances. Right now, we’re being approached by some pretty large venture capital players.”

Kicks fans visiting new Soho eatery Macbar next month might notice that their servers are looking particularly fashion-forward. The mac-and-cheese joint, which opened earlier this month, will be outfitting its staff in Vans’ Authentics style — just like its sister restaurants Deli and Cafeteria. Waiters can thank Maria Boschetti of Vans PR for their kicks. Boschetti recalled that a chance meeting with the restaurant group’s owner led to the hookup. “[The shoes] look perfect with the uniforms, and they embody the same fun vibe that the place does,” she said. And Macbar feels just as warm and gooey about Vans. “They represent classic, American, casual footwear, kind of like mac-and-cheese — it’s totally casual, it makes a really good fit,” a spokeswoman told Insider. Boschetti said not to be surprised if Vans starts popping up in other venues. “It’s a new venture for us, and it makes sense,” she said.

At a recent Sam Edelman personal appearance at Bloomingdale’s in New York, Insider caught up with “FN Shoe Star” alum Melissa Cordero, who is settling into a new gig at Vida Group after working alongside Edelman for a year. At Vida Group, she’s working on the Unionbay brand. “It’s going really well,” Cordero told Insider while reminiscing about the “Shoe Star” days. “I’m still in touch with some of [the other] people. It sounds like everyone is doing great things.”

Black Eyed Peas front man Taboo is getting into the sneaker game. The artist recently teamed with lifestyle brand Jump to create a limited collection of luxury sneakers to be called TabooxJump. Saks Fifth Avenue signed on as the exclusive launch partner for the four-style, hip-hop-inspired collection. “The collaboration happened after Jump showed me their new shoe, the Zeto, which I instantly loved,” Taboo said. The $298 sneakers will hit shelves Oct. 14, with Taboo himself performing at Saks’ Beverly Hills, Calif., store.