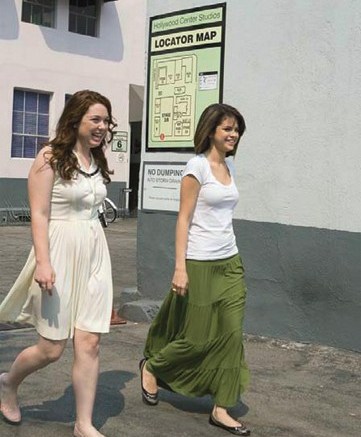 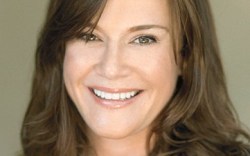 Gomez Finds Love
Attention teen boys: Prepare for ultimate heartbreak. Insider has learned that while Selena Gomez was on set recently with Sears (the triple-threat starlet is the national spokesperson for the retailer’s back-to-school campaign and the “Wizards of Waverly Place” sweepstakes) she fell madly in love — with a pair of Juliet flats (at right) from Steve Madden’s SM New York label, that is. “They’re these black shoes with studs and sequins and stones. I wear them to band rehearsal and I seriously wear them all the time,” gushed Gomez, who drops her first solo album, “Kiss & Tell,” on Sept. 29. “My job requires me to dress up almost every day, but I’m always trying to be comfortable.” Gomez added that she was eager to work with Sears on the campaign because she always looked forward to the back-to-school season as a tot. “I was all about going to the store and going shopping,” Gomez said. She even had some tips on a new trend for back-to-schoolers. “I’ve been pairing boots with leg warmers — tucking them inside the boot so a little bit is showing at the top,” she said. “I love doing brown boots with yellow legwarmers.”

Size Matters?
If a prize had been given for the largest exhibition space at the Magic trade show last week, Christian Audigier would have won, hands down. The Ed Hardy designer took a reportedly 32,000-sq.-ft. space at the show, which he used to display all his brands and promote the label with guest performances and nonstop video clips — to the varying pleasure and chagrin of fellow vendors. For the past two years, Audigier has held his own show, “If I Move, You Move,” in Caesar’s Palace. No word from Magic on what incentives were given to lure him back to the main floor, but Ed Hardy Shoes marketing manager Melissa Corneil told Insider, “Many retailers are on budgets these days, and we heard people got sick of hopping in cabs.” And while many vendors were happy with the setup because of the traffic it brought, others were not so impressed. One vendor complained that his booth number changed four times to accommodate Audigier, and another questioned the spectacle. “If you look at his space,” he said, “you’ll know how big his ego is.”

Foot-lanthropy
Designer Dana Davis told Insider she cringes when she sees fashionable 20-year-olds strutting around in painful heels. “I see them and I just want to go up to them and say, ‘You’re going to be in so much pain when you get older. You’re killing your feet,’” she said. “Women have been taught that you have to be in pain to look good, but you don’t.” That’s a case Davis has been making to retailers across the country when she shows off her stylish Italian-made heels with built-in orthotics, which are specially designed to redistribute weight away from the toes and back onto the heel. “The fashion boutiques can’t believe how comfortable they are, and the comfort stores actually will say things like, ‘I know it’s comfortable, but could you put more padding in so it looks comfortable?” That’s why Davis is off this month on a coast-to-coast trunk show tour to reeducate retailers and consumers. “Once I get women in the shoes, they get it,” she said. Though still on the horizon, Davis said she hopes to eventually introduce a lower-priced collection. Her current line ranges from $275 to $450, with most styles averaging about $350. “I’d love for all women to be better to their feet.”