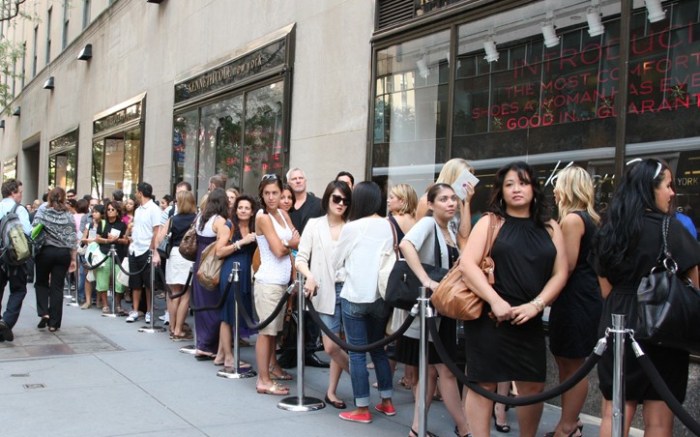 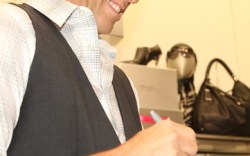 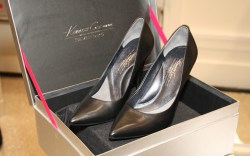 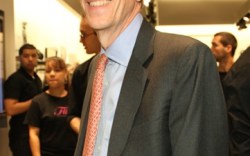 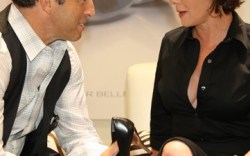 Kenneth Cole fans were lined up outside the designer’s Rockefeller Center store this morning for the launch of the brand’s Silver Edition silhouettes, which incorporate the company’s new 9-2-5 technology.

Shoppers waiting for hours to meet Cole, and many of them had already pre-ordered the shoes, which officially hit stores today.

The launch includes five styles, ranging from stilettos to flats, featuring silver heels. They will be stocked in limited quantities at Kenneth Cole stores during this month only. Going forward, the technology will be incorporated into the entire Kenneth Cole women’s footwear collection.

“Our history is footwear,” Kenneth Cole CEO Jill Granoff told Footwear News. “So in many ways, this is the rebirth of a shoe company.”

For now, the firm has stopped selling the women’s collection shoes at wholesale and will relaunch the line exclusively in its own retail stores. Kenneth Cole Reaction shoes continue to be sold through department stores.

To support the launch, the company is bowing an ad campaign featuring head-to-toe looks, with the shoes from the 9-2-5 collection. A billboard on the West Side highway also features the new shoes.

And in the spirit of Cole’s tongue-and-cheek marketing, the store window features the advertising line: “Warning Women: No one will ever satisfy you like this again (below the ankles).”