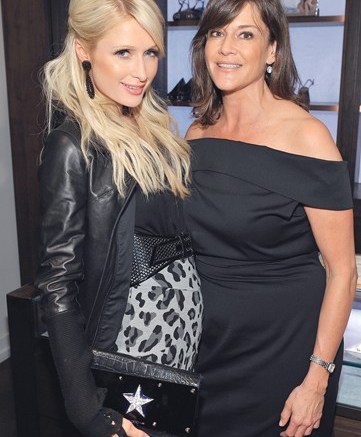 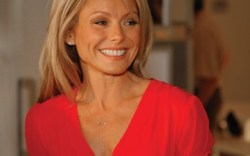 Dana Davis is doing a little good for the holidays. The fashion-comfort designer launched her first pop-up boutique in Los Angeles on Nov. 12, and is donating a portion of the store’s sales to the Mattel Children’s Hospital UCLA. “I’m on the board of the Mattel Children’s Hospital, and it’s an incredible organization that I wholeheartedly support,” Davis told Insider. The designer also cheered the Melrose Place location she nabbed for the temporary store, slated for a three-week run. “It’s amazing for a new brand like mine to have a freestanding boutique at all, especially in such a prestigious location,” she said. “The fact that it’s short-term adds to the excitement. This one is particularly exciting because Los Angeles is my hometown.” So if the store proves to be a success, might there be additional Dana Davis pop-ups next year? “Absolutely,” she said. “I love the process, and it would be great to take it to other cities.” During the opening night party, Insider caught up with Frank Zambrelli of Banfi Zambrelli, who is collaborating on designs with Davis. He said the experience of helping Davis create a comfort line with flair is making him rethink the comfort aspects of his own collection. “Let’s be honest: Most of the [luxury] industry doesn’t care about what a woman feels like,” he said. “But when you see a fine, rich heel that a woman can wear for eight hours, it makes you think about what’s possible.” Zambrelli said he also was prepping for a second appearance on QVC after his own diffusion line of 1,800 pairs sold out in just 8 minutes last September. His next appearance is slated for February. “From there, we’ll see if it turns into something more full time,” he said. Others who turned out for the event were movie producer Jerry Bruckheimer, Paris Hilton and Anjelica Huston.

After watching shoppers stagger out of H&M stores recently, weighed down by multiple shopping bags of Jimmy Choo by H&M shoes, apparel and handbags, Insider had to wonder: how many customers hoped to recoup some of their spend by listing the items on eBay? A quick search near press time showed that more than 2,200 items were up for auction, but bidders seemed to be keeping their heads — prices weren’t rising significantly higher than their retail sticker. So while the Jimmy Choo event caused pandemonium in H&M stores over the launch weekend, the bedlam doesn’t appear to be carrying over into the cyber realm — tough luck for the would-be entrepreneurs who stood in line overnight to snap up the goods.

As the annual Two Ten Footwear Foundation dinner draws closer, organizers are already feeling celebratory. Why? For starters, in its 70th year, the charity is on pace to exceed last year’s fundraising mark by 30 percent: $1.3 million has already been pledged to support the Waltham, Mass.-based organization. And second, the dinner will benefit from a little star power this year. Ross Evans, Two Ten VP of marketing and community initiatives, confirmed to Insider that morning-show hostess Kelly Ripa will be attending the dinner with Jerry Turner, whose company, American Sporting Goods Corp., produces her Ryka women’s fitness footwear line. No word if Regis or Gelman will also be making the scene.