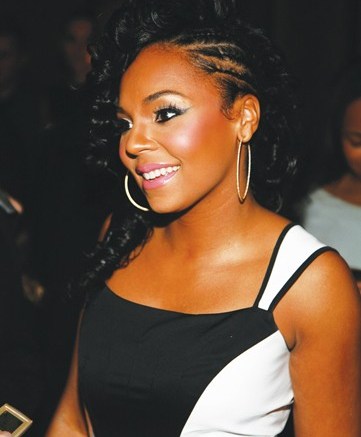 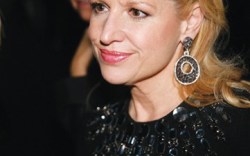 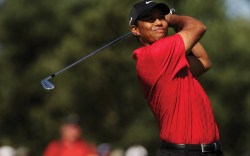 As always, Footwear News’ Achievement Awards, held on Dec. 2 at the Four Seasons Restaurant in New York, proved to be fertile ground for gabbing and gossip. Grammy Award-winning singer Ashanti, who introduced Designer of the Year Giuseppe Zanotti, took some time out from the evening to dish about her love for the shoe star. “I’ve been infatuated with Giuseppe since my first album. I’m so proud of him,” said the singer, who was wearing a dress by Los Angeles line Carmelita. The songstress, who is working on a new album, also recently inked a production deal and is busy at work producing a TV series. “I’m behind the scenes on this one. I might pop up [on the show] here and there, like Diddy or Trump, but I’m mostly behind the scenes,” she joked. Meanwhile, Zanotti and Alexandre Birman chatted in Italian, sharing their love for both Brazil and Italy and promising to meet up in Milan in the coming season. Birman, this year’s recipient of the Vivian Infantino Emerging Talent Award, told Insider he might some day consider living in New York with his new bride, Johanna. Zanotti himself was in a contemplative mood, reminiscing about his first FNAA win nine years ago — and how quickly the time has passed. “I’m not a young designer anymore. I’m old,” he said, with a bit of Zanotti sparkle. “But if you have creativity in you, it’s always there.” Tabitha Simmons, who claimed she was wearing “George’s dress” (as in Marchesa designer Georgina Chapman, who was at her table), said she was headed straight for the airport from the event. “I’m flying to Venice tonight to check on the fall collection at the factory. I told George I hope she doesn’t need this dress back before Friday!” Soles4Souls founder Wayne Elsey said over cocktails that his organization is about to get some major exposure this January, when it’s featured on an episode of ABC’s “Extreme Makeover: Home Edition.” Also in January, Elsey said, Clothes4Souls will make its debut, though he was mum on specific details. And in April (busy year!), Soles4Souls will unveil a new headquarters in Nashville, Tenn., for the growing organization. “It’s going to be a great year,” Elsey said. Finally, in the spirit of bringing people together (which is, of course, a side benefit of the FNAAs) Insider was delighted to hear of the 20-year friendship between Mindy Grossman, CEO of HSN, and Matt Rubel, CEO of Collective Brands. “He’s my best friend. We’ve known each other forever,” Grossman said of Rubel, who even introduced her to her husband. Grossman also gushed about the shoe biz at HSN, which she said is growing rapidly. “I’m so passionate about shoes. It’s becoming a huge category for us.”

More mingling was on the menu the next night at the annual Two Ten Footwear Foundation dinner, held at the traditional venue, Manhattan’s Marriott Marquis. Insider caught up with Titan Industries head, Joe Ouaknine, who said that after the acquisition last week of Penny Loves Kenny, he’s not looking for any more brands. “I need to get rid of some!” he said, before quickly adding that he was only kidding. “I have to have too much to do or else I can’t focus.” Blake Krueger of Wolverine World Wide interrupted a confab with colleagues (including Wolverine and Two Ten chair Tim O’Donovan) to say he was starting to feel a little better about the overall business climate. “We’re going to be fine,” he said with a smile, “but don’t tell that to my employees!” Modern Vintage’s Rick Cytrynbaum was missing the company of his favorite collaborator, new mom and BFF Nicole Richie, whose recent bout with pneumonia had left her unable to be at any FFANY-related events. But Cytrynbaum said he was hoping she could make the scene at the next Shoes on Sale. Jay Piccola, head of Puma North America, was feeling great about the Black Friday opening of the brand’s newest location, on Chicago’s State Street. Piccola said the store had “exceeded expections” for its opening numbers and was holding its own in what he characterized as an “item-driven” holiday season. And The Shoe Mill’s Ed Habre also had expansion on the brain, saying he’s itching to grow his successful, Portland, Ore.-based, seven-store operation. “It has to be the right space, that’s definitely most important, but we have the capital to do it and there is a lot of availability out there.” Habre dished that he’s currently taking a look at three locations in the region, though no decisions have been made.

There’s no question it’s been a rocky week for Tiger Woods after his mysterious car accident, broken windows, alleged infidelity and admission of unspecified “personal failings.” (At press time, additional alleged mistresses were still surfacing seemingly on the hour.) But as embarrassing as these events may be for the famously press-shy golfer, it’s unlikely to affect his relationship with Nike. The Beaverton, Ore.-based athletic firm has said as much in a statement, confirming that the beleaguered star and his family have the brand’s full support. Timothy Robinson, managing director of the branding agency CoreBrand, told Insider the situation may cause some conversations when it’s time to re-up contracts, but in the end, is much ado about nothing. “They might be reexamining the morals clause in those contracts and whether he’s living up to those, but I don’t think he’ll lose any sponsorships,” Robinson said. “He’s no Charles Barkley or Dennis Rodman. This is a relatively minor event that will blow over and just be a blip.”

The streets around New York’s Rockefeller Center were blocked off last Wednesday night for the annual Christmas tree lighting, and the hundreds of police officers checking for access passes didn’t make it easy for footwear folk to make it to the Bruno Magli cocktail party. But the persistent prevailed, and by the time Insider made it past security, the party was well under way. “It’s not a quiet time in New York,” Ernesto Esposito, the brand’s women’s designer, said of the swarms of sightseers gathered to catch the tree lighting. But Esposito lucked out and didn’t have to fight the crowds for a glimpse of the tree. “[The night before] they were testing the lights when we were walking past,” he told Insider. “We saw it before anyone else.”

Looks like next year will be a good time for children’s shoppers. Nike-owned Cole Haan is stepping into the kids’ market for the first time this fall via a licensing agreement with Synclaire Brands Inc., while Aerosoles is introducing its first collection for girls. Dansko also is back in the kids’ business after a two-year hiatus with the introduction of a girl’s line set to debut for fall. — With contributions from Jennie Bell, Regina Smith Popp, Lindsay E. Sammon, Barbara Schneider-Levy and Marcie Young