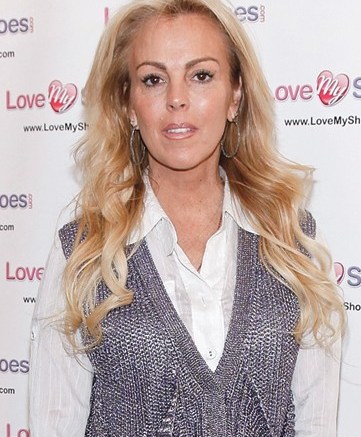 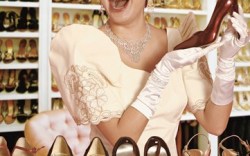 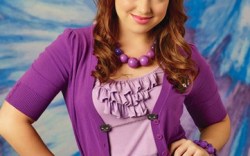 La Vida Lohan
Lindsay Lohan has a leggings collection, a line of sunless tanning lotions and an artistic adviser gig at Ungaro, but leave it to her mom, Dina, to take on footwear. The stage mom, who found fame on the heels of her daughter’s celebrity, announced last week she will launch a collection of footwear for “hot moms” just in time for Mother’s Day. “Some of the heels Lindsay gives me, I’m like, ‘I can’t wear that,’” Dina Lohan said of the 5-inch stilettos her daughter sports. “It’s kind of cheesy for a mom. I’m not a 23-year-old!” The collection — jokingly dubbed “Shoe-han” while Lohan name hunts — is a collaboration with Long Island, N.Y.-based retailer Love My Shoes and will debut with about 35 styles of flats and heels, all priced below $100. But until her line hits the market, Lohan said she’ll rely on her own wardrobe of Gucci, YSL and Prada shoes, as well as selected styles she finds in Lindsay’s, and even younger daughter Ali’s, closets. “We’re all the same size,” she said. “It’s so nice.”

Imelda Baby
If you’re naming your musical “Imelda” — and you’re taking for your subject the former first lady of the Philippines — then you’ve got to give some serious consideration to the shoes. So Ivy Chou, costume designer for “Imelda: A New Musical,” now playing at the Julia Miles Theatre in New York, put in the legwork. To chart the course of the woman whose shoe collection was famously estimated at 3,000 pairs (later found to be a still-hefty 1,060 pairs), Chou sourced styles from eBay, vintage shops, costume departments and a ballroom dancing shop. The final wardrobe for the titular heroine (above) includes gold snakeskin heels, glittery silver stilettos, rhinestone-buckled satin pumps and pointy toe mules. And while the production by the Pan Asian Repertory Theatre aims to take a more complex view of Marcos than just her celebrated love of heels, footwear is still front and center. “You can’t take the shoes away from Imelda,” Chou said. While the New York production of “Imelda” closes this Sunday, Tisa Chang, artistic producing director of Pan Asian Rep, said the company is looking into a touring version — though the wardrobe might be sacrificed in the process. “We want to take the whole thing to Manila, to the cultural center that Imelda built,” she said. “Now, if we could sell some of these shoes …”

Teen Talk
Jennifer Stone, the 16-year-old Disney darling who plays Harper Finkle on Disney’s “Wizards of Waverly Place,” was in New York recently and caught up with Insider to talk fashion and shoes. While visiting “The Today Show” as a Jumpstart Ambassador to promote reading among kids, Stone (below) was doing good while looking good, donning black suede booties from Topshop. “I’m ready to cut my feet off, but I love [these shoes],” she laughed. “No pain, no gain, right?” The actress also has a passion for high-end looks. Stone scheduled in a quick face-to-face meeting with Ruthie Davis while in town. “She gave me the shoes I wore to the Teen Vogue party,” Stone gushed. “And after I saw those shoes, I said, ‘This is a woman that I have to meet!’” — With contributions from Lindsay E. Sammon and Marcie Young