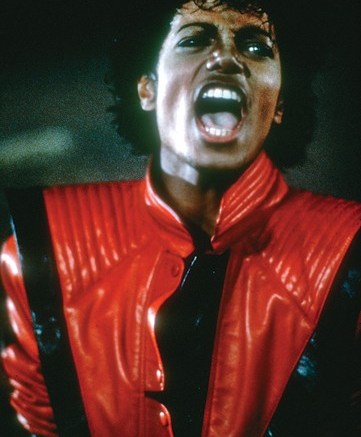 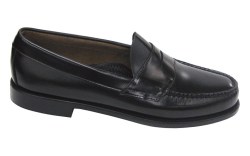 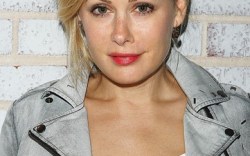 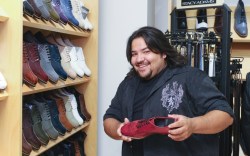 Over his more than 40-year career, Michael Jackson did some fancy footwork. While his moves were his own, classic footwear brand Bass can take fashion credit for the black penny mocs he wore in the opening sequence of his legendary 1983 “Thriller” music video. According to Sal Agati, then-EVP of footwear operations for the company, “It was a huge kick for us. We did so much business after that.” For fans who want to walk in Jackson’s shoes, they can snag a pair of the Logan mocs (at right) from G.H. Bass, now under license to Harbor Footwear Group. In the late 1980s and early 1990s, the King of Pop even had his own line of shoes under an agreement with L.A. Gear, then headed by Skechers CEO Robert Greenberg. As Footwear News reported at the time, the short-lived — and poor-selling — line eventually beat it when L.A. Gear filed a breach of contract lawsuit against Jackson after the entertainer failed to produce a new album, which was part of his endorsement agreement.

Friends of 36-year-old designer Tara Subkoff (below) have organized a benefit to raise money for the Imitation of Christ founder, who has been diagnosed with a benign, though potentially fatal, brain tumor. The event will take place at Deitch Projects in New York on July 15, from 5 p.m. to 10 p.m. A silent auction will include artwork from local artists and 200 of Subkoff’s one-of-a-kind Imitation of Christ couture pieces. Proceeds will be used to pay uncovered costs of surgery, as well as to assist with expenses during Subkoff’s post-op recovery, which could take as long as a year.

Friends for the Lonely

A recent trip to Milwaukee provided Los Lonely Boys with more than just an opportunity to perform at the Summerfest music festival — the rock band also got a sneak peek at new Stacy Adams footwear at the headquarters of parent company Weyco Group Inc. Los Lonely Boys, famous for their hit “Heaven,” toured the Stacy Adams showroom and met with the brand’s senior designer, Matthew Drazic, who showed off spring ’10 footwear styles. Although lead singer Henry Garza couldn’t make the visit, his brothers, drummer Ringo (below) and bass player Jojo, customized their own shoes and grabbed several pairs of classic black-and-white Daytons to wear during their Summerfest performance later that night. Kevin Schiff, VP of Stacy Adams, told Insider that the Boys have long been fans of the brand, even singing about it in their song “Friday Night.” Said Schiff, “In an industry where so many people go out and buy celebrities, it’s meaningful to us that they reached out to let us know they were huge fans.”

Kmart is counting on its star basketball shoe to hold court at Sears this fall. The company is expanding its value-priced Protégé line into select Sears stores and is adding a higher-priced product to the collection, called Protégé Edge. “The ethos of this brand is to support financially challenged American families,” said Nick Grayston, SVP and president of footwear for Kmart and Sears. To support the rollout, the company will also launch a summer tour this month, in partnership with the NBA, WNBA and D-League. Protégé will stage 32 events in inner-city communities around the country “to bring a bit of fun in some difficult economic times,” said Grayston. The events, in New York, Detroit, Miami and other cities, will feature fit clinics and appearances by NBA stars, including, of course, Protégé’s NBA frontman, Al Harrington of the New York Knicks. — With contributions from Jessica Pallay and Barbara Schneider-Levy