Insider: Fit for a Queen… Rapper Request… By Design… 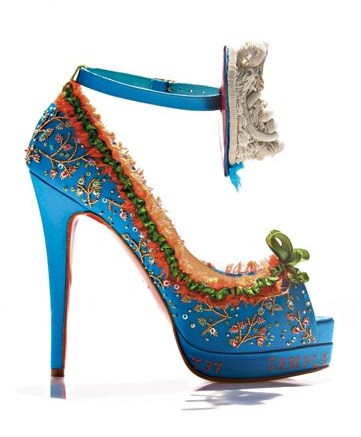 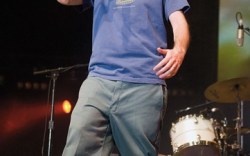 Fit for a Queen
Christian Louboutin has a lot of love for Marie Antoinette and for Sofia Coppola, who wrote and directed a movie about the let-them-eat-cake monarch in 2006. That affection took shoe form with a 36-pair, limited-edition collection made with renowned embroiderer Jean-François Lesage. “She was the last queen of France, and the colors are dedicated to the Sofia Coppola film about Marie Antoinette,” Louboutin told Insider. “I loved her movie.” The $6,295 shoes previously were available only in Europe, but will finally hit the U.S. Feb. 23 at Louboutin’s South Coast Plaza boutique in California, and will drop in New York Feb. 26 at the Madison Avenue store.

Rapper Request
Eric Dreyer, VP of brand management for Airwalk parent company Collective International, said Airwalk’s new “Breaking the Mold” shoe initiative was kicked off by a request from Beastie Boy Adam Yauch. According to Dreyer, the rapper asked the company last year if it would consider making more of his favorite shoes: the Desert Boot, an Airwalk style made from 1993 to 1995. The company’s answer: “Yes, absolutely.” The boot was reintroduced late last month at a party at New York’s Hotel on Rivington that featured drinks, art, music and 150 giveaway pairs of the limited-edition style — the only way to get them. Dreyer said it would be the first of a series of shoes and events surrounding the program. Look for the next archival shoe re-release and party to take place in August or September, either back in New York or possibly in Southern California. As for Yauch (better known as MCA), Dreyer said the Beastie is fully stocked with his favorite style. “He should be good on Desert Boots for a long time,” he said.

By Design
At a time when many retailers are having a tough time getting consumers into stores, Alife Rivington Club is generating buzz through a collaboration with New Balance. It’s part of NB’s new Partnership Program, which allows retailers to work with regional New Balance factories to produce exclusive collections. The shoes, an updated version of the classic M13000 running shoe, were slated to drop Feb. 7, and Alife co-owner Treis Hill said enthusiasm — and pre-orders — were already high for the $165 sneaks. “We’ve had a great response,” he said. “It’s exciting for us and for New Balance. We get to bring to the consumer something different and more exclusive.” Hill is already in talks with NB to produce a more technically driven shoe and apparel collection for spring ’10. And for his part, Luis Navarro, New Balance’s lifestyle product manager — and the man behind the program — said the concept is a win-win for retailers and based shoe factories. “Domestic manufacturing has long been a pillar Balance’s business, and we are excited to incorporate that into the Partnership Program,” he said. “As we manufacture additional collections, we will extend [our lifestyle division’s] global reach and continue to increase our influence within this category.”