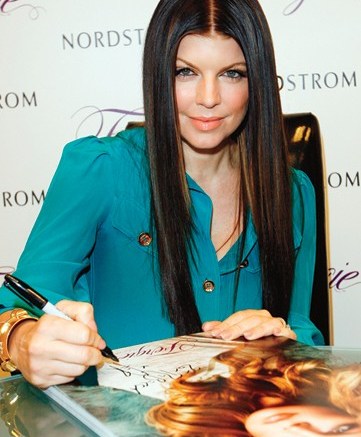 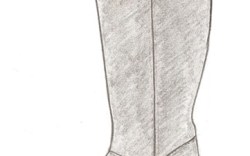 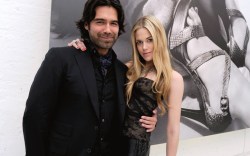 Fergalicious
Insider caught up with Stacy Ferguson (a.k.a. Fergie) just before her in-store appearance and signing at Nordstrom at L.A.’s The Grove to promote her new shoe line with Brown Shoe Co. And while the songstress said she hasn’t yet spotted fans wearing her styles, she’s excited to see the designs she helped develop in action. “It will be such a big deal. I think I’ll squeal,” she said. Of course, the Duchess has a lot to be excited about these days: In addition to her new shoe line and her January marriage to actor Josh Duhamel, she’s prepping for the June 9 launch of the new Black Eyed Peas album, “The E.N.D.,” followed by a year-and-a-half-long tour. She also is gearing up for the release of her upcoming film musical “Nine” (currently in post-production), where she met ­— and shared the screen with ­­— her fashion idol, Sophia Loren. “She’s amazing,” Fergie said. “Just watching the way she came to rehearsal every day — she’s always flawless.”

Taylor Tours
Taylor Swift kicks off her “Fearless” concert tour later next month, and the country cutie will be taking some appropriately daring footwear along. Reps for Everybody Footwear told Insider that Swift (and her stylist, of course) asked the Boston-based brand to produce its Fargo boot in metallic gold and silver (sketched at right — samples are still in production) for her on-stage wardrobe. Swift is already a fan of the low-heeled style — Insider’s source said the songbird owns the boot in brown, gray and black, which she wore for her performance with fellow teen queen Miley Cyrus at this year’s Grammy Awards.

Armour Amps Up
Nike has ’em, Adidas has ’em, and now Under Armour seems to be diving further into the athlete spokesperson game. (An occasionally risky endeavor, considering the recent brouhaha over Under Armour’s potential involvement with recruiting at the University of Maryland.) But the brand is plowing ahead: At an advance peek for its fall ’09 cleat-and-trainer combo pack, to be sold with a coordinating receiver’s glove, brand reps told Insider the company was actively looking to add to its spokesperson roster. However, they wouldn’t give up the name of the wide receiver who would be associated with the new fall product. Could this be the first of many such deals for Under Armour? “We’re about speed and power,” Insider’s source said. “As we build our footwear brand, we need to deal with male and female athletes who represent that.”

Role Playing
Designers, celeb-status socialites and other fashion players gathered at New York’s Openhouse Gallery on March 19 to fête “Role Play Rene,” designer Brian Atwood’s racy coffee-table collaboration with model/actress Rene Russo and photographer Tony Duran. Although Russo was not in attendance, Atwood (at right with party co-host Byrdie Bell) told Insider: “It was so organic working with [Rene] and Tony. It’s amazing how she put on a shoe and it changed her whole personality — and we just kept capturing that. It’s about the allure that shoes have with women.” Kelly Killoren Bensimon (of Bravo’s “The Real Housewives of New York”), designers Richard Chai and Erin Fetherston made an appearance, while footwear designer Tania Spinelli chatted with Lucy Sykes and showed Insider new Blackberry pictures of “Gossip Girl” Taylor Momsen wearing her styles. Only 1,000 hand-stamped copies of Atwood’s book — which show off the designer’s 1970s- and 1980s-inspired spring collection — were distributed to friends and colleagues.

Faryl Flies
At RunningWithHeels.com’s one-year anniversary party last Wednesday at Walter showroom in New York, Faryl Robin Morse dished about her summer vacation plans — or lack thereof. “I’m having a staycation this summer,” she said with a laugh. “Honestly, we’re so busy. Taking time to go away somewhere would be really hard.” What could be taking up all of her time, you ask? Insider has learned the designer is in talks to join the team at a popular/populist U.S. retailer. Stay tuned.

In Roads
Rough Justice’s Bodo Loerke is in demand. The company co-founder said his brand was one of 10 picked to make a special trip to Endless.com’s headquarters next month to show off their designs.