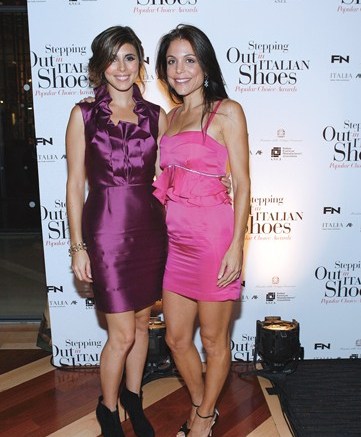 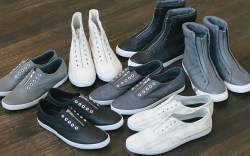 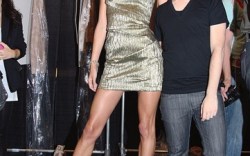 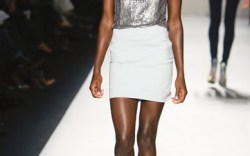 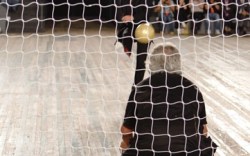 Jamie-Lynn Sigler is getting a new fashion persona. “She’s very goth, very Lower East Side,” Sigler told Insider about Natalie, the character she’s playing right now for “Ugly Betty.” Which means what, shoe-wise? Lots of boots and lots of height. Sigler changed her own shoes during a busy party night: She started in Stuart Weitzman booties for the “Stepping Out in Italian Shoes” bash — sponsored by Footwear News, the Italian Trade Commission and ANCI to honor Italian-made shoe designers — before heading out in Stuart Weitzman heels to present at the VMAs. At “Stepping Out,” Sigler introduced winners Claudia Ciuti, Casadei, Franceschetti, Giorgio Fabiani and Roberto Guerrini, who mingled, drank cocktails and noshed on appropriately Italian fare at Manhattan’s Montenapo restaurant. Also at the soirée was New York “Housewife” Bethenny Frankel (at left, with Sigler), who said that never paying full price was her fashion secret. “They’re Jimmy Choo sample sale,” the “Naturally Thin” author boasted of her heels, hauling them up to show off the price tag on the sole. “I’m fashion’s nightmare, I really am. Everything is on sale.”

High-low mixing? That’s the fashion prescription for success, according to “Project Runway” mentor and Liz Claiborne chief creative officer Tim Gunn. Insider caught up to the fashion world’s favorite guru at the Christian Siriano show, where the front row was A-list (Mena Suvari! Alessandra Ambrosio!) and the shoes were vertiginous, or, as the designer (above, with Ambrosio) described them, “glamorous, but for the cool, downtown-edge girl.” But Siriano’s pairing of couture gowns with shoes from his Payless ShoeSource collaboration was the latest in modern fashion thinking, according to Gunn, the most mobbed man on the scene. “I love it!” he said. “And we have the first lady to thank for it. She popularized it and said that it’s OK.” Post-show, Insider met with Saks Fifth Avenue exec Ron Frasch and learned two things: One, Fashion’s Night Out was a major win for the retailer, with sales up and Frasch eager to do it again next year. And two, he is a big Siriano fan. “Some of those dresses were amazing,” Frasch said. Could they have a place at Saks next year? “Maybe even in the window,” the president and chief merchandising officer said with a grin.

Just hours after his collaboration with Pro-Keds and Keds hit the New York runway, designer Richard Chai was already fielding desperate pleas for a pair of his high- and low-top zippered sneakers (below). “I was at the Marc Jacobs and Lady Gaga party the night after my show, and people were coming up to me, asking, ‘Where can I get them? Could I maybe just borrow a pair for a while?’” the designer dished to Insider. Chai worked closely with the Keds team to create the looks, which incorporated textiles from his men’s apparel collection. So far, the kicks are slated to hit retail in spring ’10, but Keds President Kristin Kohler Burrows said a distribution plan is still being ironed out. “Our focus is the premium and pinnacle accounts,” she said. “For the relaunch of the brand, we felt it was important to elevate it right out of the gate before rolling it out to a larger audience.”

At Y-3, a celeb-packed crowd (well, make that just plain packedpacked, although Rufus Wainwright, Leigh Lezark and Russell Simmons were among the attendees) watched designer Yohji Yamamoto’s athletically inspired spring ’10 Adidas collection. And the fashion fans got a little taste of the sporting life when, for the finale, Yamamoto sent out six models with soccer balls and dropped an enormous “net” in front of the photographer’s pit. After the models fired off penalty shots, Yamamoto and special guest Zinedine Zidane (above) took turns as well.

Kara DioGuardi was just a little bit excited to be at the Nicole Miller fashion show (at left). “I’ve never been to a fashion show and I was smiling so much that I thought someone was going to think something was wrong with me!” the American Idol” judge told Insider at the show. “Watching these shows is like watching performance art.” Dressed in a red Nicole Miller frock and black platform Tory Burch heels, DioGuardi revealed some of her other fashion favorites. “I do like Christian Louboutin, but can’t really move in his shoes,” she said, adding, “I’m a huge Alexander McQueen fan.” Lacoste and Badgley Mischka rounded out DioGuardi’s Fashion Week to-do list.