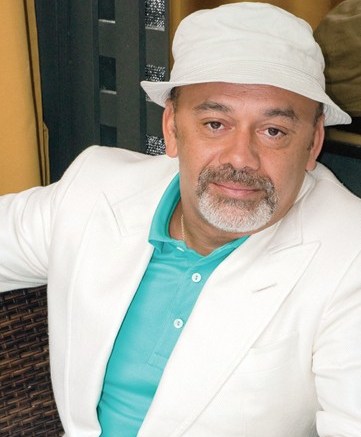 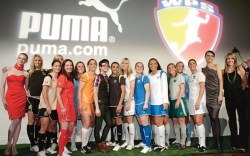 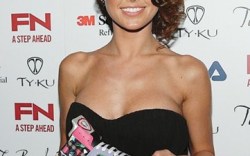 The red-sole king has found a true queen. Christian Louboutin told Insider at an event last week at his South Coast Plaza boutique in California that he was amazed at the brisk sales of his $6,200-a-pop Marie Antoinette shoes. “I did this [collection] to have a very precise illustration of what I can do,” he said, adding that the shoes were only meant as a showpiece. But the response has been overwhelming: 30 pairs have been pre-sold, with just six more up for grabs. The designer said he chose the South Coast location as the U.S. launchpad for the royal collection to highlight his newest boutique. “This is the first time I’ve really spent some time here, so I wanted to do something special,” he said. Louboutin also said his L.A. boutique, which will relocate from its current location on Burton Way in Beverly Hills to a two-floor store on Robertson Boulevard, is slated to open in July. While the store will carry over many design elements from existing locations, Louboutin said it would incorporate a distinctive “Hollywood feel.” Meanwhile, among the throngs of fans waiting for the designer to ink his name on their red soles was actress Samaire Armstrong, formerly of “Dirty Sexy Money” and “Entourage.” Armstrong said she was thrilled to meet Louboutin — “This is a monumental day for me” — and dished to Insider on how excited she was to be working again with the producers of “Entourage,” this time on “How to Make It in America,” which begins filming in September.

Puma took to a turf-covered runway in Manhattan last Tuesday to show off the uniforms and cleats the Boston brand has designed for its partnership with the Women’s Professional Soccer league, which will play its first game this month in Los Angeles. Paul Gautier, global head of international marketing for Puma, told Insider the partnership with the league (Puma is a founding sponsor) would be a key way to reach women. “Women are very important,” he said, adding that in the future, the consumer for the WPS product could “[transition] to other products.” The marketing for the line will feature WPS players in their new uniforms and will coincide with the launch of the league. But future spots will include players in other Puma looks. Also on hand for the event was diminutive designer Christian Siriano (above, center), who sent “home-and-away” cocktail-party ensembles inspired by the new uniforms down the same runway.

Footwear brands were in the mood to party at the Magic show in Las Vegas. Fila celebrated the launch of its fall collection with an FN-sponsored bash at The Bank in the Bellagio, hosted by Audrina Patridge of “The Hills” (at right). Creative Recreation took to the new club XS in the Encore, while Project threw its party at Lavo in the Palazzo. Adidas headed to the Peppermill Fireside Lounge in honor of the new season’s Originals by Originals collection, featuring designers Jeremy Scott, Kazuki and James Bond for David Beckham. Kazuki and Bond were both on hand to celebrate. “[Beckham] loves white sneakers, so we did a premium white leather,” said Bond, co-owner of the Undefeated streetwear chain. “Victoria really wanted a trainer that had flash to it, so we did the ZX in a couple of crazy colors.”

Insider is making the leap from weekly to minute-by-minute on Twitter. Get as-it-happens event coverage and links to online-only reports at Twitter.com/FNInsider.