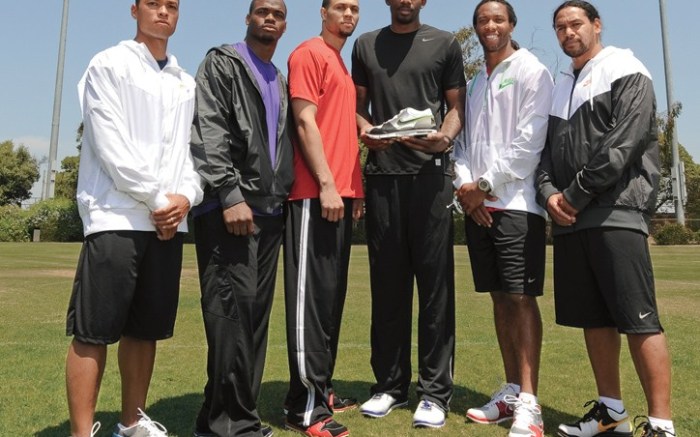 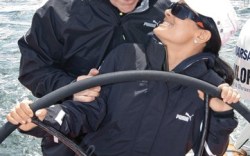 Christian Chaos
Fashionistas went recessionista with a vengeance at the Christian Louboutin sample sale in New York last week. Reps on site told Insider that the first fans showed up at 6:30 a.m., in advance of the sale’s 9 a.m. start. (Insider saw one waiting customer e-mail a friend that the line was horrendous, but that “beggars can’t be choosers.”) But with heels starting at $150 (not bad for designs that generally retail well north of $600), some of the ladies were ferocious as they hunted. “We threatened to kick some of [the shoppers] out,” Shawna Rose, the brand’s U.S. director of communications, told Insider. “These are expensive shoes, and people [were] just throwing them around!”

Fleet Feet
Nike fielded a team of some of today’s best athletes when it held the Trainer 1 Media Summit at the University of California-Irvine May 14-15 to introduce the new training shoe. In between talking about their specific training regimens and, of course, pitching the new shoe, the athletes shed some light on the importance of their lower extremeties in their profession. “My feet are my life,” said Bryan Clay, who won the gold medal in the decathlon at the 2008 Summer Olympics. “A blister can be the difference between winning the gold medal or not winning.” Phoenix Suns star Amar’e Stoudemire said that beyond the physical demands of basketball, the biggest challenge for him is psychological. “It takes mental toughness to want to get up early every day to train [during the off season],” he said, adding that if he wasn’t an NBA star, he’d like to try soccer, where he might be the only 6’ 10” player in the history of the sport. But Pittsburgh Steelers safety and recent Super Bowl champ Troy Polamalu scored the biggest laughs of the day when he took a friendly swipe at Nike rival Adidas and fellow attendee — and Super Bowl foe — Larry Fitzgerald of the Arizona Cardinals. “When Larry ran past us during the fourth quarter [of the Super Bowl], it’s because I switched shoes from Nike to Adidas,” he quipped. Also on hand to celebrate the release of the new Nike shoe were Minnesota Viking Adrian Peterson and Portland Trail Blazer Brandon Roy.

Party Time
Tickets are still available but going fast for FFANY ’s June 10 opening night party, held at the Empire Hotel Rooftop. And in case you need an extra excuse to grab a drink with fellow shoe peeps, remember: A portion of ticket sales will benefit Shoes that Fit, a charity that provides new shoes for children in need.

Flower Power
Basking in the success of Soles4Souls’ first International Shoes & Champagne event, held during the Canadian Tulip Festival on May 8, nonprofit founder Wayne Elsey is already planning follow-up events in the States. “There are a lot of synergies we can do with celebrities in Los Angeles, and with the fashion world in New York,” he said. “I’d like to do events in both.” Nearly 1,000 attendees turned out for the Canadian soirée, which raised “tens of thousands of dollars,” Elsey said, though the final tally was still being calculated at press time. In tandem with the event, the charity also donated 100,000 pairs of shoes to a government organization in Niger. Soles4Souls also announced last week plans to donate 50,000 pairs of shoes to the needy across the U.S. as part of its second-annual Barefoot Week, running June 1-7.

SEEN
Newlywed actress and activist Salma Hayek, taking a spin on Puma’s Il Mostro boat in Boston with husband François-Henri Pinault. Pinault is head of Puma parent company PPR, and Hayek is Il Mostro’s godmother — she christened the boat at its launch last year … Paris Hilton in Le Silla limited-edition, crystal-embellished heels at the premiere of the second season of “My New BFF” in Los Angeles — and again in Cannes hitting the party scene. (Guess they pack well.)