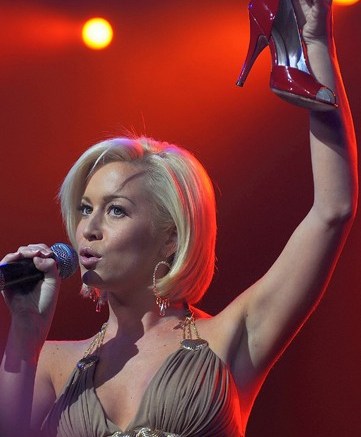 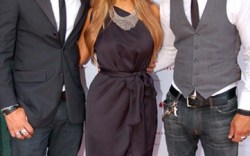 Star Power
Soles4Souls is attracting some serious celebrity muscle to its cause. CEO Wayne Elsey told Insider that the charity would introduce a new celebrity spokesperson every four to six weeks to help raise consumer awareness about the organization and the need for donated shoes. “It goes back to our strategic direction to get individuals to engage [with Soles4Souls] and get plugged in,” he said. Next up is Kellie Pickler, who is performing at Madison Square Garden with Taylor Swift on Aug. 27. Prior to the event, Pickler will promote Soles4Souls and the shoe drive tied to the concert during her appearance on “The Today Show.” Elsey said he hopes to gather 75,000 to 80,000 pairs of shoes at the show. Pickler follows in the footsteps of “Scrubs” stars Zach Braff and Donald Faison, who earlier this month collaborated on a video for 50000shoes.com, a drive to collect 50,000 pairs of shoes.

Kitchen Chic
Libby Edelman is cooking up good things with her spring ’10 footwear collection. The designer connected two of her favorite things — good food and stylish shoes — in a trend report given to retailers and others scoping out her line during the recent FFANY show. “Life is centered around food,” she told Insider, noting that each of the inspiration points in the spring shoe line was matched up to a recipe from her own repertoire. On the Edelman menu? White gazpacho (for the collection’s white shades), Moroccan chicken (paired with the exotic-print styles), quinoa salad (for the hippie-chic bohemian looks) and chocolate-chip cookies (for the all-American sandals). Delish.

Dressing for Success
Detny twins Shane and Shawn Ward hit the Big Easy last weekend, bringing their shoes to a benefit for women’s nonprofit Dress for Success. The Wards told Insider that the event — with special guest Kim Kardashian (sporting her post-breakup blonde locks) — raised more than $85,000 for Dress for Success. Icing on the cake? The twins surprised the staff by announcing that they would donate 100 pairs of shoes to the group’s New Orleans boutique.