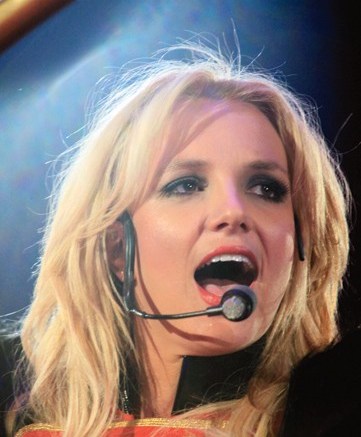 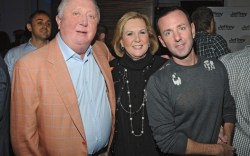 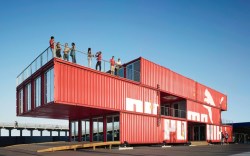 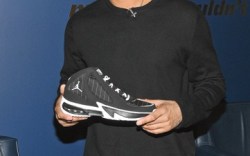 Britney’s Sweet Side
Insider had a ringside seat — literally — for Britney Spears’ much-anticipated homecoming concert in Los Angeles. The new face of Candies had Tinseltown in a frenzy, and the Iconix Brand Group marketing team set up shop in the concert hall to capitalize on their star’s sold-out run.

At the plush, pink-and-white Candies VIP lounge on opening night, Insider was greeted by a DJ and a selection of sweets that rivaled Dylan’s Candy Shop. The pre-concert party was just starting to groove, when security abruptly cleared the room (except for Insider) for a surprise appearance by the revitalized pop tart herself. Sporting dark glasses and the ultimate accessory — her two adorable tykes, in matching fedoras — Brit casually strolled in wearing her pre-concert makeup and street clothes.

Ringed by a couple of bodyguards and under the watchful eye of her very serious father, Jamie, the star, looking healthy and fit, toured the lounge as dad pointed out new shots on display from the just-launched Candies/Kohls campaign, while she fed white chocolate to little Shawn Preston and Jayden James. When the DJ pumped up the volume (Madonna and the guest of honor herself made the playlist), Spears plunked the boys down on a couch and entertained them with some impromptu dance moves before borrowing a camera to record the moment. Britney promised the Candies team she would return the next night with her dance troupe and then headed upstairs to take the stage. Her boys, ensconced in the sound booth with grandpa and the omnipresent bodyguards, were riveted to the stage as mom raised the roof with a circus-themed show that didn’t exactly conform to Disney standards. When Spears slowed things down with a ballad to close the first act, Jamie brought the kids to the edge of the stage, so the newly reformed mother could sing directly to them. After the last note, Spears swept them up and escorted them backstage (and then to home?), a well-timed move considering that the show then veered into decidedly more adult themes and costumes for what turned out to be a triumphant return for the once-troubled singer.

‘Dance’ Break
Before the Brit-a-thon, Insider visited the set of “Dancing with the Stars.” This year, both “American Idol” and DWTS are being shot at CBS Television City, putting two of TV’s most powerful franchises in side-by-side soundstages. The frenzy hits a peak each Tuesday, when DWTS’ results show overlaps with Idol’s first show of the week. Needless to say, the film lot was teeming with fans of all stripes (and crazy outfits) amid tightened security in the wake of the Shawn Johnson stalker situation earlier in the DWTS season. Insider watched as Carmen Electra took three takes to get her pre-taped dance segment in the can, and Rascal Flatts performed two big numbers for later broadcast. Seen in the crowd: Jewel cheering on hubby Ty Murray, and “The Real Housewives of New York” star LuAnn de Lesseps (better known as The Countess), who took to the DWTS ballroom floor during a taping break for a little dancing of her own. Auditioning for next season, perhaps?

Music & Matisse
The same week, Matisse’s Michelle and Michael Katz opened the doors of their Brentwood manse for a small dinner that included West Coast PR firm SNL Communications’ co-founder, Staci Levine, among others. The Katz’s neighbor, Cheryl Hines, star of the new ABC series “In the Motherhood,” dropped by during cocktails, while Michael K. led guests on a tour of the Architecture Digest-worthy house. At dinner, Michelle discussed the launch of her new T-shirt line, Jude, and Michael told Insider he recently helped The Jonas Brothers find a neighborhood field for playing soccer. In return, the pop trio granted the Katz’s three young daughters a private audience. Later, Michael showed off his own musical talents, jamming on an electric guitar in the game room, as guests sang 1970s rock tunes.

Fashion Still Cares
It  was a family affair last Wednesday at the sixth annual Jeffrey Fashion Cares benefit, organized by philanthropic retailer Jeffrey Kalinsky. Kalinsky’s parents, Morris and Sybil (above at left, with Jeffrey) of Bob Ellis Shoes in Charleston, S.C., made the trip up north to show support. “He’s unbelievable,” Morris said of his son, who managed to rally a crowd of 800 despite the turbulent financial times. Fashion folk kept the live bids coming for lavish vacation getaways, while a silent auction of luxe merchandise helped raise $450,000 for Lambda Legal, The Hetrick Martin Institute, Gay Men’s Health Crisis and The Point Foundation. Wrapping up the event was the hotly anticipated fashion show featuring some of the top male models — including Madonna’s boytoy, Brazilian Jesus Luz.

Crate Expectations
After making the long trip from Spain, Puma’s shipping-crate-based nightclub, Puma City (below), is up and running in Boston to celebrate the arrival this week of the Volvo Ocean Race. Puma chief marketing officer Antonio Bertone told Insider the 6,000-sq.-ft. installation will play  host to a street race with gold medalist Usain Bolt this weekend, a bicycle weekend, DJs and personal appearances from Puma’s sailing and local Women’s Professional Soccer athletes. The setup has been tweaked both for  the new location and to make sure the structure accomodates what Bertone calls “all of Boston’s crazy regulations,” but the essense — retail space, viewing areas, bar — is the same. “It’s basically the same kick-ass structure,” Bertone said. The party will last until May 17, when the fleet departs for leg seven of the trip, headed to Ireland. But Bertone said this won’t be the end for the space. “We are thinking of other events and places to build Puma City. Next up will likely be South Africa for the World Cup.”

Jeter at Eight
After a 14-inning win last week against the Oakland A’s at the Bronx Bombers’ latest home, New York Yankees marquee player Derek Jeter met the press at the stadium’s tony NYY Steakhouse to show off his latest signature shoe (his eighth) for Nike’s Jordan brand. While Jeter (below, with his shoe) said he will miss the old digs, the new park is none too shabby. “It’s the best stadium in the world,” he said, predicting both fans and players will be spoiled by the 12 dining options and 56 luxury suites. (Although how many people will be able to take advantage of the $900 to $2,500 premium seats these days?)

— With contributions from Meghan Cass and Barbara Schneider-Levy