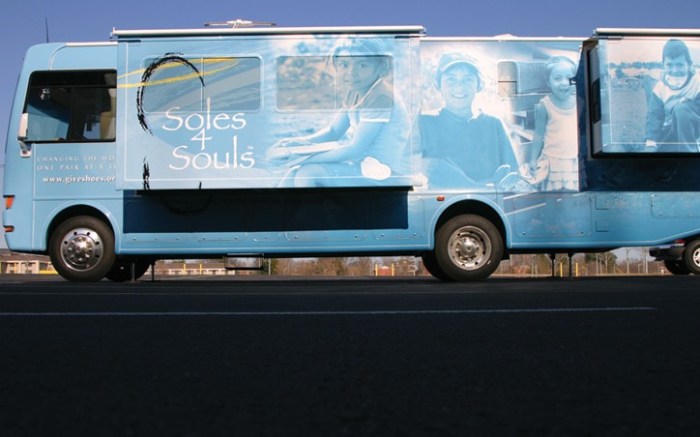 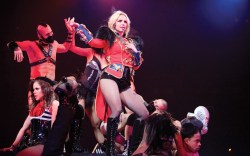 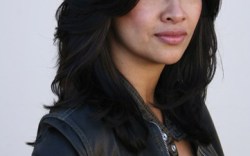 Soles4Souls is refocusing its efforts to help American communities battered by the economy. Founder and CEO Wayne Elsey told Insider the charity had launched a March4ward program that will deliver new shoes to needy people in some of the nation’s most hard-hit areas, including Stockton, Calif.; Flint, Mich.; Memphis; St. Louis; and Elkhart, Ind. In all, Elsey said, the organization would give away hundreds of thousands of shoes over the course of the 60-day program. The charity also announced last week the yearlong Soles4Souls North American RV Tour, which will be featured at events across the country. “We want to engage people and get them plugged in and to do something [about people in need of shoes],” he said. Among the highlights of the tour is an 18-day stop at the Canadian Tulip Festival, starting May 1, when Soles4Souls will be the official benefiting charity for the event.

Last week, Devani Footwear designer Carol de Leon (below) hit Micam to prove she can produce Italian-quality shoes in China. It’s an uphill battle, of course, but de Leon said the dismal economy and the moderate price points she’s able to offer (at $140 to $300) are opening doors and refocusing consumer attention on quality, not region of production. “We have to get the consumer past the ‘Made in China’ and ‘Made in Italy’ labels and judge by the quality of the product,” she said. “Even when I show the quality to my Italian friends, they are amazed.” Still, de Leon admitted that the working structure in China is different from Italy’s organization. “In Italy it takes one prototype because they can interpret the shoe,” she said. “In China it usually takes six prototypes, but the quality is the same.”

An innate ability to party longer and harder than mere mortals appears to be closely linked to the affinity for skateboarding, so perhaps it isn’t surprising that things got a little rowdy at Lake Forest, Calif.-based Sole Technology’s media retreat held last month. Insider got the details last week at a cocktail hour thrown by the company (parent to the Etnies, Emerica and eS brands) in NYC from SVP of marketing Don Brown. One evening of the three-day event ended with an all-out food fight. But the final icing on the cake? Later that evening, Brown got picked up by the police — but Sole Techers added Brown was on time and on point the next morning.

Reps for Milan-based DSquared confirmed to Insider that, yes, the fierce footwear (including the iconic knee-high lace-up boots shown here) Britney Spears is sporting for her current “Circus” tour is the brand’s handiwork, just like the over-the-top costumes.