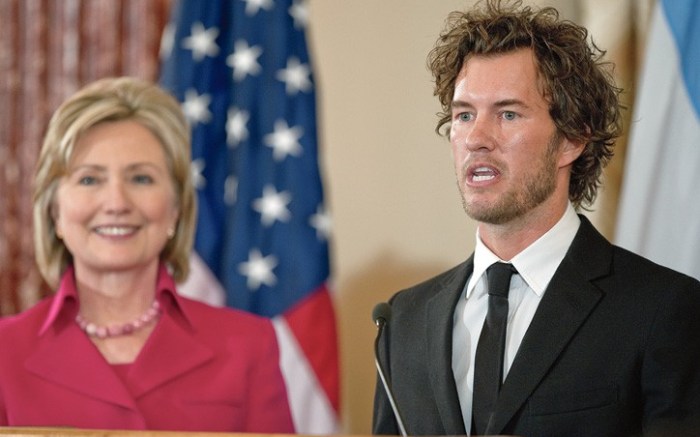 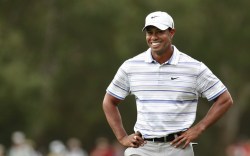 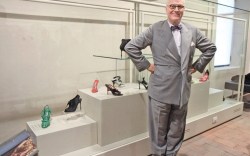 Mr. Mycoskie Goes to Washington
Leave it to Blake Mycoskie to grab the attention of the Secretary of State. Hillary Clinton herself bestowed the Toms Shoes founder with one of two 2009 Awards for Corporate Excellence in Washington, D.C., last Wednesday. “Well, you don’t get the chance to do this every day,” a proud Mycoskie said during the ceremony, held in the Benjamin Franklin room at the State Department. Clinton applauded Toms’ global efforts and huge impact before going off-script to add, “They’re also really comfortable shoes. So the more shoes you buy, the more shoes Toms can give away.” And in a particularly emotional moment, Clinton invited Mycoskie’s family, including parents Mike and Pam and grandfather Bernie — who had not visited the capital in 50 years — to the stage for a photo op. Mycoskie also got a chance to give a shout-out to his business partner (and Toms minority owner) Alejo Nitti, who watched the ceremony live from Argentina. “Sitting here, I was thinking how the past three-and-a-half years really changed my life forever,” Mycoskie told Insider at the event. “I have felt so blessed to have such great friends and family around me during this incredible moment.” Indeed, some famous friends were in attendance, including Zac Hanson of 1990s boy band fame.

Tiger Tales
The many woes (and alleged many women) of Tiger Woods are still dominating headlines, but while his once-sterling reputation may be sinking lower every day, experts maintain that his contracts should stay intact. Mike Paul, president of MGP & Associates PR, told Insider that Woods has nothing to worry about — so long as he still brings value to the sport. “[Sponsors] choose not to [drop him] right now because the economics haven’t hit a tipping point,” he said. “He is not a third-string player; he is the most recognized athlete in the world right now.” Matt Powell, analyst at SportsOneSource, agreed. “I don’t think people bought Tiger Woods merchandise because he was faithful to his wife,” he said. “People gravitate to him as a marketing spokesperson because of his incredible ability to dominate on the golf course.” BrandIndex, a company that tracks Nike, saw a slight change in buzz (the number of respondents who have heard positive or negative news about the brand) since the incident: The score dropped among women and increased among men, according to BrandIndex global managing director Ted Marzilli. (Nike, one of Woods’ most prominent sponsors, still declines further comment beyond its statement of support for “Tiger and his family,” issued immediately following the car crash.) Overall, sources told Insider that once Woods gets back on the course, the commotion will blow over. “He needs to play and win some golf tournaments, and then all will be right with the world,” said Kate Newlin, principal of Kate Newlin Consulting. So what will change? Marketers may decrease his presence for the time being, according to Powell. “It wouldn’t surprise me if they pulled back on his image a little bit during this fire storm,” he said. “Once a few months roll around and he starts playing golf again, I think we’ll see marketers use him.”

B-Bailing?
Kevin Plank, CEO of Under Armour, was pressing the flesh and making the scene at the opening party for the Baltimore brand’s new pop-up shop in Manhattan last week, and Insider grabbed the exec to find out what the athletic company had in store for 2010. Plank told Insider not to look for any new segments in the New Year: “[We’re going to be] expanding in the categories we’re already in,” he said. So what does that mean for the basketball line, an entity that has been rumored to be just around the corner almost since the debut of the running shoes (no doubt fueled in part by the company’s sponsorship of Milwaukee Buck Brandon Jennings)? Are they on the way? “When a pirated version of the shoe goes for $1,000 on eBay, then we’ll think of doing them because the technology will be right,” Plank said with a smile. “Actually, maybe $2,000.”

Soccer Shopping
The World Cup cometh, and to prepare, Nike opened a new soccer shop-in-shop in the Manhattan Niketown earlier this month, where consumers can use NikeiD to customize their own soccer boots. Landon Donovan — a Los Angeles Galaxy player and member of the USA National team — was on hand to generate buzz and excitement surrounding the opening. Donovan said the iD process made one of the perks of being a pro available to anyone. “We have the opportunity to do this because we are elite athletes and we need our shoes to be specific to us,” Donovan said. “[But] as a kid, this is like a dream, like a kid in a candy store.” So what does Donovan wear when he’s not on the field in Nike gear? “I do wear a lot of Cole Haan shoes. Actually, that’s still Nike, sorry,” he joked.

Manolo Moment
“Wear what you want — fashion shouldn’t be dictatorial,” Manolo Blahnik told a frenzy of fans at a Dec. 3 appearance in the Italian town of Vigevano, one of the country’s main footwear manufacturing hubs. The designer, who was the guest of honor at a celebration for the city’s recently expanded footwear museum, greeted the crowd in his signature bow-tie and slipper loafers, signing autographs in front of the display dedicated to his shoes. He told Insider he was pleased with some of the styles in the exhibit, including an emerald-green sandal. But he intentionally stood in front of his black patent style to cover it. “I love colorful shoes. I don’t really like black patent,” the designer said. The museum is located in the 15th century castle that belonged to the Sforza family, an Italian ruling family. It features one-of-a-kind items, ranging from the 1400s-era wood-and-leather shoe worn by Milanese duchess Beatrice d’Este to the first stilettos created in Vigevano to original Roger Vivier pumps. “We have more than 2,500 pieces, but have room to exhibit only 350 at a time,” said Armando Pollini, curator of the museum.

Shanghai Baby
Jean-Michel Cazabat doesn’t sit still for very long. Though the jet-setting designer was in New York last week to show off his interim fall ’10 line, he had no plans to stay put for the holidays. “I’m on my way to Italy next and will spend Christmas with my family in the [French] Pyrenees,” he revealed to Insider during a party at his Soho loft and showroom, which also serves as his home when he’s in the Big Apple. Cazabat is still firming up plans for ringing in the New Year but has a short list of cities he’s looking to visit. The top contender? Shanghai. “It’s like New York of the 1980s,” he said. “So much fun.”