Insider: Behind the Scenes in Vegas and New York 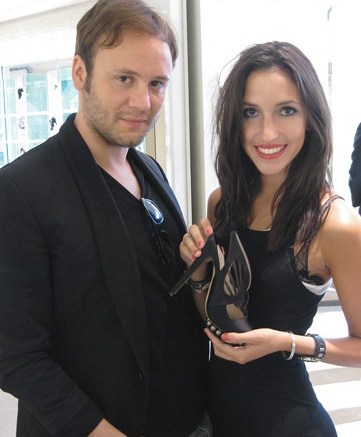 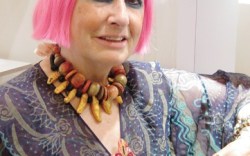 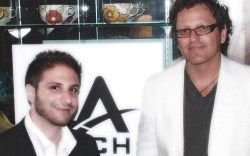 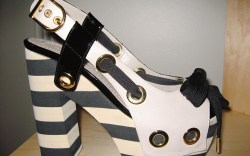 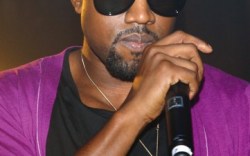 “I literally wake up thinking about these shoes,” gushed Parsons School of Design student Kayla Marmillion during Nicholas Kirkwood’s personal appearance at In-Step in the Wynn Encore on Aug. 1. Marmillion (at right, with the designer) and her mom, Raimee, were ecstatic when they checked into the hotel and discovered that the designer was in the house. The very fashionable duo (Kayla said her mom climbs mountains in heels) spent more than an hour mingling with Kirkwood and Wynn fashion director Todd Hanshaw, in between trying on nearly all the styles on offer. The Marmillions happily walked away with two pairs each. All told, Kirkwood, who visited the store as part of a larger event at the Encore that also drew House of Deréon’s Tina Knowles, helped sell 39 pairs of his luxe designs.

Is a Kanye West/Vince Camuto deal in the works? Camuto’s team was tight-lipped on the topic, but did tell Insider that the hip-hop star stopped by the company’s New York offices during a FFANY-week cocktail party. After talking a bit of business with Camuto, the always fashionable rapper toured the showrooms, looking over product from all the Camuto labels, from Jessica Simpson to Kensiegirl.

Insider got a chance to talk with “American Idol” winner David Cook at New York’s new JCPenney store last week. Hundreds of fans waited in line for hours to get Cook’s autograph, but the crooner (and Skechers spokesman) said he doubted that his personal style is what attracted fans. “I’ll wear something because it’s comfortable before I’ll wear something because it looks good,” Cook said. So what’s next for the rising star who considers function before form? “A few Grammys would be nice.” Cook is scheduled to perform concerts in Tennessee, West Virginia, California, and Washington state in the coming weeks.

For footwear designer Zandra Rhodes, pink has never gone out of style. The eccentric Brit, who debuted her spring ’10 shoe line with Strutt Couture at The WSA Show, has been dying her once-brown locks hot-pink for nearly three decades and has no desire to return to her natural hair color, she said. “I’ve been dying it since 1980, and I always will,” said Rhodes, who is in her 60s. “It’s gray under there now.” But pink hasn’t always been her go-to hue. Early on, the neon locks were streaked with bursts of green, she recalled.

Salespeople on the shoe floor at Barneys in the Las Vegas Venetian were already nostalgic for the spending mood at WSA of just a couple years ago. “I remember when [one New York-based executive] came in and spent $16,000 in one day,” one salesman told Insider on a quiet Saturday night in the department store. But that doesn’t mean people aren’t interested in studying the designer stilettos and tall boots, he explained. “Now, they just try to take pictures.”

Velvet Angels is all about the rock ’n’ roll lifestyle. The Los Angeles-based brand, which has been spotted on rocker chicks from Pink to Katy Perry and made three straight appearances on “American Idol” last season, is in talks with an undisclosed record company to escort musicians to their shows in a specially outfitted Velvet Angels limo, according to founder and CEO Jeff Yarchever. Though nothing is finalized, Yarchever said that if a deal goes through, musicians and their bands would roll up to their concert venues in an ultra-chic black van ­­sporting the Velvet Angels logo and outfitted with a fully stocked bar and a bed for when the party dies down. Yarchever added that he’s also in talks to have popular singers design limited-edition, Velvet Angels shoes.

Sonia Rykiel borrowed a nautical palette and lacing details for her spring ’10 collection to pay homage to the 40th anniversary of Sebago’s Docksides style [see page 24 for more on the milestone]. Opened-up styles in pink, red and fuchsia were reminiscent of classic boat shoes, although, set atop chunky wooden platforms, the feeling was all fresh.

Technology may do a lot of good, but Ernesto Esposito is bemoaning the disappearance of the neighborhood record store. The designer, who was in New York for FFANY showing off his first full spring collection for Bruno Magli, hit the city streets in search of the new Whitney Houston album, “I Look to You,” but he couldn’t find a music shop in any of his usual go-to locations. “Tower, Virgin, Sam Goody — they’re all gone,” he told Insider. “How do you buy CDs in New York?”

Insider caught up with Rockport prez Michael Rupp at a press preview for the spring ’10 line last week in Manhattan, and Rupp said the economic hard times have continued to pay off in at least one area: real estate deals. A new Rockport shop will open next month in Las Vegas’ Fashion Show mall, he said, and the company has signed leases for several new doors, some debuting before the end of the year.

At a Vegas soirée for LA Gear and the return of its lighted footwear, attendees wondered if the label would ever revive the Michael Jackson collection, which it produced during the late 1980s and early ’90s. Sportie LA co-owner and brand partner Isack Fadlon (pictured with LA Gear’s Lance Jackson) said it could happen, but not in the immediate future. “We were discussing this even prior to his passing,” he said. “As far as I know, he only did two endorsement deals — one with Pepsi and one with LA Gear.” Still, Fadlon said the time might not be right for the collection’s return, given that so many companies have tried to find ways to connect their brands to the media hype surrounding the singer’s death. “Right now, it might look somewhat opportunistic with his passing, and we don’t want any part of that.”

“It’s like Oprah on steroids … it has changed the face of our company,” said Pete Ferrer, VP of sales for Toms Shoes, regarding the AT&T commercial … DSW has not only added Gucci (as if that weren’t news enough), but is selling the luxe brand for as much as 60 percent off in 14 select stores.