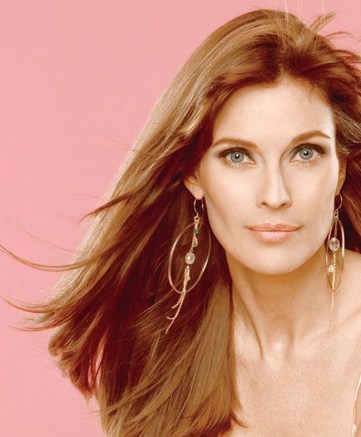 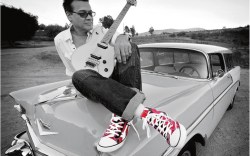 Novel Advice
Model, actress and author Carol Alt doesn’t have too much sympathy for the runway models who strutted — and sometimes stumbled — on sky-high heels this past season in Milan and Paris. “Oh, come on, it’s not that hard to walk down the runway in heels,” she told Insider. “In this economy, anyone who is working is very lucky.” Alt (at right) is offering up sage advice to budding models in two new novels. “This Year’s Model” is already on book shelves, and signed copies will be given away April 25 at Bloomingdale’s Roosevelt Field mall in New York, when customers purchase a pair of Taryn Rose shoes as part of a special shopping event. (Alt is also Taryn Rose’s current “Woman of Substance” honoree.) Alt’s second novel, “Model, Inc.” will hit the shelves in August. “I thought, in an entertaining kind of way, I could teach these girls the basics of how to run a business,” said Alt, who recently appeared on Donald Trump’s “The Celebrity Apprentice.” “It’s a fictional character in a real situation — based on my life. I’m trying to get girls to understand that this is a business and not just one big party.” Business also is the focus of Alt’s latest venture, a reality TV show on Bravo called “Secret Life of Supermodels,” which follows Alt, Maggie Rizer, Frederique van der Wal, Mariel Hemingway, Irina Pantaeva and Patricia Velasquez in their pursuits and passions outside the modeling world. The series begins taping this week.

Running with the Devil
He has toured the world, topped the charts and lived the rock ’n’ roll dream, so what could Eddie Van Halen possibly have left to accomplish? Shoes, naturally: The guitar impresario’s signature line of unisex sneakers has just been unleashed. “Since I had a break from touring, recording and launching my musical equipment, it just felt like the right time to come out with the EVH signature striped sneakers,” the rocker (at left, in his new kicks) told Insider. Van Halen said demands for a version of his formerly homemade sneaks led him to add them to his roster of signature products, which includes guitars, amps and accessories. “I wouldn’t make them if people didn’t ask for them,” he said. The $52 to $58 high-top and low-top canvas styles, which mimic the stripes on his legendary guitar, Frankenstein, are available at EVHGear.com, as well as at select boutiques. Could more footwear from the “Hot for Teacher” artist be in the works? Van Halen isn’t ruling it out. “I have considered it,” he said, “but I’m just taking it one step at a time.”

Helping Heels
Charles David is lending a hand to disadvantaged women. The Culver City, Calif.-based brand has teamed up with Dress for Success Worldwide for a shoe donation drive in 24 Charles David boutiques across the country. From May 7-10, shoppers who donate a pair of gently worn professional shoes will receive a 25 percent discount on their purchase. Charles David has also committed to a matching donation of 1,275 pairs of new shoes to the nonprofit group, which provides women in need with professional attire, as well as career development tools to help them achieve economic independence. “We were looking for a charity that was particularly geared to women,” retail director Joelle Malka told Insider. “Times are particularly hard right now, with people out of work and searching for new jobs.” To promote the event, the company has partnered with shoe blog Runningwithheels.com to produce a video, which will be shot at Charles David’s Short Hills, N.J., boutique on May 7. The video will be posted on the Website.

Boat Race
Look out, prepsters and fashion hounds: Sperry Top-Sider is coming for you. Last Tuesday evening Sperry president Craig Reingold announced that the boat shoe brand (a division of Lexington, Mass.-based Stride Rite Corp., itself a division of Topeka, Kansas-based Collective Brands Inc.) would be sponsoring the New York Yacht Club’s new international amateur race, the NYYC Invitational Cup. The announcement came, naturally, at a cocktail soirée at that downtown Manhattan, nautical outpost. The multiyear deal, Reingold told Insider, will kick off with the race this September in Newport, R.I., where the brand will unveil some ultraperformance, spring ’10 boat looks developed in conjunction with the U.S. sailing team. But it’s not just yachters the company is after: Reingold said he expects the race to help bolster the lifestyle cred of the brand, a major focus over the past few seasons.