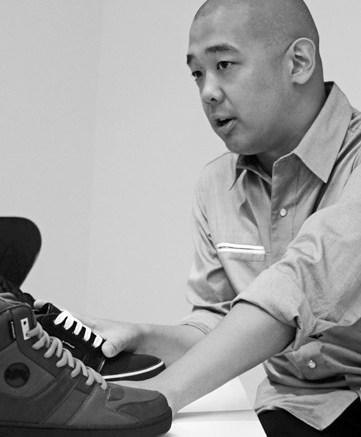 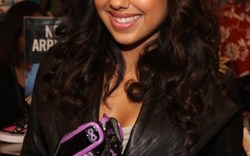 Wardrobe Staples
Designer Jeff Staple — of Reed Space fame and the man behind some of the best-selling sneaker collabs of all time with Nike, New Balance and others — likes a challenge. At a party Tuesday night to celebrate the Aug. 11 release of his nine-style collection with Airwalk, Staple told Insider that designing shoes for the brand to retail at Payless gave him the opportunity to think about design in a new way. “I’m very used to designing 100 shoes for one store in Manhattan. That’s easy,” Staple said. “[For the Airwalk collaboration], I had to think about what would work in Chicago, Denver, Los Angeles, for men and women — something that would resonate with all people.” Did the price constraints (no shoe in the collection goes above $50) add an extra challenge? Staple laughed. “Shoes in my market wholesale for more than $50,” he said. “I had to be educated on what materials would work.”

Of course, that isn’t to say Staple has abandoned the niche genre entirely. In May, 110 specially designed Airwalk styles labeled with NCC-1701 (the Enterprise call number) were given to Reed Space and distributed to the cast and crew of J.J. Abram’s “Star Trek” film to celebrate the movie’s release. And this fall, to commemorate the DVD release, select Payless shops around the country will have the same silhouette — but this time, the mass version will use the three main colors (gold, blue and red) of the original uniforms instead of being done in burnished silver metallic (like the hull of the Enterprise).

Singing in the Rain
Insider felt the beat last week during an event promoting up-and-coming singer Kristinia DeBarge at the Journeys store in New York’s Herald Square. On Monday, DeBarge (daughter of James DeBarge of the 1980s music group DeBarge) made an in-store appearance for Baby Phat shoes, signing autographs for her young fans — who came out strong, despite heavy rain — and held a raffle for two tickets to an upcoming concert. Kristinia just released her debut album and will tour with Britney Spears and Ciara later this year. Her famous family is already giving her advice on how to survive on the road. “They just tell me to be myself, stay close to my family and friends and people who will keep me grounded, and to keep God first,” DeBarge said. Want to see more of the “Goodbye” songstress? The 19-year-old shows off her kicks in a Baby Phat ad in the September issue of Teen Vogue.

Daffy’s Days
As previously reported, discounter Daffy’s is celebrating the grand opening of its new Soho location by giving away a luxury New York apartment — for a discounted price, natch. The company kicked off the giveaway at an event hosted by Katrina Bowden from NBC’s “30 Rock,” where shoppers had the chance to see the new store and submit videos explaining why they should be the lucky winner. “I love expensive shoes, but I also like stores like Daffy’s that offer a good selection,” said Bowden, who wore Nine West platform sandals to the event. The winner will be announced in late August or early September.