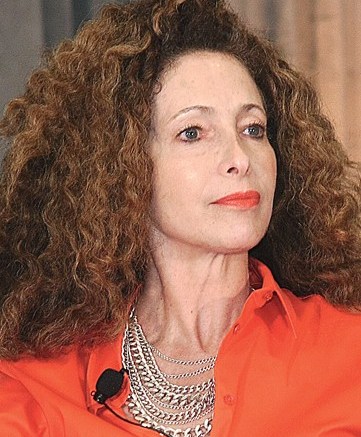 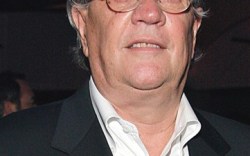 Next year’s conflicting WSA and FFANY shows could pose significant challenges for many footwear players.

The Las Vegas-based WSA Show announced recently it had shifted its dates to the same three-day period as New York-based FFANY during February and August 2010 — and potentially for 2011 and 2012 — causing many industry execs to say they will have to choose between the two shows.

In a major shift, WSA will now be held each year during the first week of February and first week of August, each year and will be housed under one roof on a permanent basis.

ENK President Tom Nastos said the new WSA dates are the show’s “historical” dates and have been in place since before FFANY decided to hold four shows a year. “We want to support FFANY in June and December,” Nastos said.

In February, WSA will take place at the Mandalay Bay Convention Center (with the Collections at the Hotel at Mandalay Bay).

Starting next August, the show will move to the Sands Convention Center and Venetian Suites on a permanent basis (for details, see chart below).

“What everyone wanted was the right dates under one roof, so now we’re making these moves,” said ENK founder and chairwoman Elyse Kroll, noting that ENK had moved quickly to meet the demands of the industry. “It’s the beginning of some monumental changes.”

For his part, FFANY President Joe Moore said he was surprised that WSA had changed its dates without discussing the change first with his organization, and said the move would inevitably create a divisive situation.

“The vendors are not all capable of showing in two places,” Moore said.

While Kroll acknowledged that the dates would now overlap with FFANY in New York, she remained confident that WSA was the right platform for the market at large.

“I’m not asking people to choose [which show they will attend] … but FFANY is a small segment of the market. We serve the entire industry,” Kroll said. “Hopefully, we will get our fashion people to participate.”

“[The fashion segment] shows a little bit in Vegas, but they debut their new shoes here,” Moore said. “That’s what’s been happening the last several years.”

As of now, WSA and FFANY could also potentially be held during the same dates for three of the four shows in 2011 and 2012.

“FFANY’s Executive Committee has met to review the situation, and within a short time, the full FFANY Board will be consulted to review [our] planned 2011 and 2012 markets and determine whether any changes are warranted,” Moore said.

“The pure logic of having every category and every gender twice a year under one roof [at WSA] is massively important,” said H.H. Brown CEO Jim Issler, who also serves on the FFANY board.

“FFANY is a very important instrument to this industry to implement fashion goods and to show them first. You need both of these shows. Temporarily, there will be some overlap, but that will work itself out. WSA has new management and they’re trying to get their dates right.”

Larry Tarica, president and COO of Jimlar Corp. and chairman of the FFANY board, had a different opinion.
“We consider it unfortunate that WSA has chosen to secure and announce dates that are exactly the same as FFANY’s,” he said.

“As a result, wholesale and retail companies are going to have significant choices to make as to which trade fairs to attend … specifically for 2010, where FFANY’s contracts have been executed and we have firm space. A company like ours will have to make the choice to show at WSA or FFANY, when in the past we showed at both.”

Moving forward, Tarica said, “FFANY and many individual companies will have to make some decisions about what [the trade show landscape] is going to look like in the future.”

The situation is even more complicated for some companies.

“We’re not pleased at all,” said John Lagrotteria, an account executive at Bruno Magli, which showed at both WSA and FFANY this time around.

“The purpose of the shows is to be convenient to our customers. I don’t know if this is a power struggle, but it doesn’t make sense.”

“It’s craziness,” added Jerry Turner, president and CEO of American Sporting Goods. “At the end of the day, FFANY will win out over WSA. A lot of the department stores will go to FFANY. I don’t think it’s good for either of [the shows].”

Designer Donald Pliner said he “absolutely” will not attend WSA if it takes place at the same time as FFANY. He added that Magic might become a bigger industry player as a result of the situation. “Maybe Magic will come back to where it was 20 years ago,” he said.

Designer Bettye Muller said her small brand does not have the staff to send salespeople to both WSA and FFANY. Instead, she plans to focus on FFANY. “I can’t be in two places at once. How will that work?” she said. “I will always do FFANY. New York is back to being No. 1.”

Muller added that she wants to debut her product in New York. She is, however, considering exhibiting at Magic, which has been dramatically upping its footwear offering. “The only thing I have to be convinced on is that my customers and [similar] brands will be there,” she said.

The retail divide between the trade events has become more apparent during the last several seasons. While large department stores have attended FFANY, independents, for the most part, still favor WSA.

“For independent retailers, it’s so important that they have a national show,” said Chuck Schuyler, president of the National Shoe Retailers Association, adding that the majority of NSRA members attend WSA.

“We met with [WSA] and they assured us that they are strongly committed to independent retailers and having them be an integral part of the show,” said Schuyler, whose organization holds its biannual conference at WSA.

“We’re thrilled with the dates and the one location. That’s so important. Any time that’s lost traveling between venues costs [retailers] a lot of money.”

Isack Fadlon, owner of Sportie LA in Los Angeles, said his team attends WSA and occasionally FFANY, so it  “won’t have a huge impact.” He praised ENK’s decision to move the show under one roof. “That’s fantastic. It means they are listening,” he said.

For other independents that cater to a fashion-driven audience, the situation is more complicated.

Even though Las Vegas is closer to David Beren’s home base in California, the owner of Arthur Beren Shoes said he would opt for New York because of the mix of fashion brands. “We can accomplish more here,” Beren said while attending FFANY last week.

Others were less certain about what they will do.

“The question for me will be, which should I attend?” said Tarek Hassan, co-owner of Boston-based The Tannery. “Coming from the East Coast, it’s is always nice to go to warmer weather in February and, of course, have everything under one roof. However, [the most recent show] didn’t leave a good taste in anybody’s mouth.”

For her part, Kroll said the most recent show, held in Las Vegas from July 31-Aug. 2, had been better than expected. While attendance was down, she said the companies that were showing had a productive show. “People were writing orders,” she said.

Kroll acknowledged that some major department stores did not attend the latest event, but said she would work to get them back into the mix. Department store execs, including Nordstrom, Macy’s and Neiman Marcus declined to comment on the issue last week.

However, David Z owner David Zaken observed that FFANY was more significant for the majors, giving FFANY a potential edge in the date overlap. “New York is a bigger market,” he said.

For new designer Jerome Rousseau, the decision is simple: “I’ll go where the buyers go,” he said. “The buyers will make that decision for me. That’s it.”

At the end of the day, both shows need to tweak their strategies and communicate more effectively, said Bob Goldman, CEO of Chinese Laundry. “Fighting [between shows] is a problem,” he said. “Unfortunately, I don’t think anyone is talking. I know the shows are businesses, but there has to be some industry group put together to really straighten it out.”

Moore said WSA had contacted FFANY to schedule a meeting to discuss the situation this week.

Said Nastos: “We want to work with FFANY. We’re looking forward to addressing these issues with them. As we develop the dialogue and discussion, I’m very confident [this will work itself out]. If we show everyone what we’re looking to do, it will be much more beneficial to the industry.”