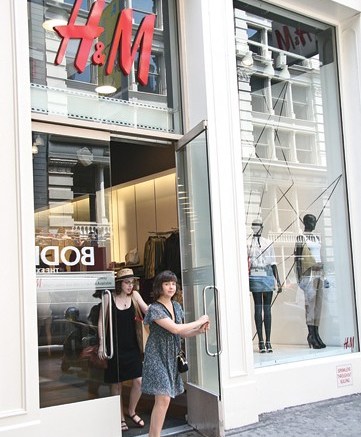 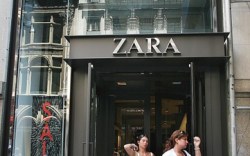 To capture the attention of teen girls, independent retailers are up against some stiff competition. Fast-fashion chains, including H&M, Forever 21, Zara and Uniqlo, are attracting young shoppers in droves. With their ever-changing mix of on-trend merchandise, low prices and easy-to-shop, self-serve formats, they make it difficult for smaller retailers to keep pace.

And the proof is in the numbers: According to a 2009 report by Piper Jaffray & Co. that surveyed 8,000 students of an average age of 16 across nine U.S. cities and online, fast-fashion clothing chains are preferred by females, with an 18 percent share.

And as fast-fashion retailers continue to ramp up their shoe offerings, teens are steadily drifting away from smaller shops, independent retailers said. This year, in particular, fashion chains have continued to expand their store assortments. H&M, for instance, debuted a shoe wall in their 51st Street store in New York, and announced a collaboration with Jimmy Choo late last month.

Marshal Cohen, chief industry analyst for Port Washington, N.Y.-based NPD Group, attributes that to teens’ preference for the self-service format. While most footwear independents pride themselves on offering superior service, that’s not what teens are after, he explained. “One of the things teens care the least about is customer service,” said Cohen.

In some cases, young shoppers are intimidated by sales associates at smaller stores, based on unpleasant past shopping experiences, pointed out Jessica Lynn, owner of Boston-based boutique Leokadia. “I remember shopping in a store when I was a teenager with my parents, and salespeople were so rude to me. I finally said to myself, ‘I don’t want to shop in these stores anymore.’ Even to this day, when I walk into some independents, I just don’t understand [the attitude],” she said.

According to Cohen, the quick merchandise turnaround at fast-fashion retailers is another big draw for teens, who want the hottest trends right away. “To the teen, image is everything,” he said. “Fast-fashion [retailers] offer value and tend to not have as much of a certain item, so you don’t walk around looking like everyone else. The customer typically only has about a three-week [window] to be able to buy something.”

Teens’ lack of brand loyalty is another problem for independents, which often rely on unique labels to set themselves apart from larger retailers. “They’re not going after brands like they used to,” said Fraser Ross, owner of the Los Angeles-based Kitson boutiques. “They want the look more than [they want] the brand.”

Independents also typically have a tough time competing against fast-fashion retailers on price. A few seasons ago at Leokadia, Lynn was having success with a Dolce Vita orange patent pump, but was disappointed to discover a similar style in the local H&M at a lower price. “People are tightening their purse strings right now, and if teens can achieve that same look for less, they absolutely will go it,” she said.

Although they realize it is an uphill battle, independents are fighting back, looking for ways to capture their share of the lucrative youth market. Establishing a hip environment is one way, said Kitson’s Ross, whose store is popular in entertainment magazines. “We’re at that pop-culture level where people want to have stuff [bearing the Kitson] brand,” he said. “Also, celebrities shop here, and we have Nicole Ritchie’s line, so those things are exciting to customers.”

Lynn said building relationships with teen girls and young women in her city helps keep them coming to her boutique. “I get a lot of 18- to 24-year-old college students, and I’m still connected to Northeastern University where I went to school, so I do things with their local papers to bring them in,” she said. For Lynn, it’s all about being creative. “I’ve even gone to nightclubs to hold a fashion show and meet customers. The hardest thing to gain with someone young is loyalty, so you have to develop a relationship with them early.”

Jeff Greenberg, owner of Lloyd’s Shoes in Carmel, Calif., attends career days at the local high school to meet teenagers and talk about being a retailer, which helps expose his business to potential new customers. He also educates himself on what teens want by going straight to the source. “I have young women working for me, and I often ask what interests them, what types of shoes they want. I look for those styles in the market and see if there is a place for them in my store,” he said.

To promote store events targeted to a younger crowd, Greenberg said he also has changed his advertising focus, skipping regular newspapers and instead running ads in Monterey County Weekly, a local newspaper popular among teens for its entertainment listings. In addition, he’s planning to put the store on Facebook. “In this age group, news is spread by word of mouth,” he said.

Nurturing a personal connection with customers is another advantage independents can wield over fast-fashion stores, Cohen said, especially since this connection becomes more important as teens get older. “The convenience factor and the trust are just some of the ways for the smaller retailer to resonate with the teen consumer,” he said, noting that establishing relationships with not only the teen but the teen’s parents is beneficial.

Through his research, NPD’s Cohen has come across customers who have set up a monthly budget for their kids at a retail store. “It’s a great way for parents to be able to allow their kids to shop, but also keep it under control and keep it local.”