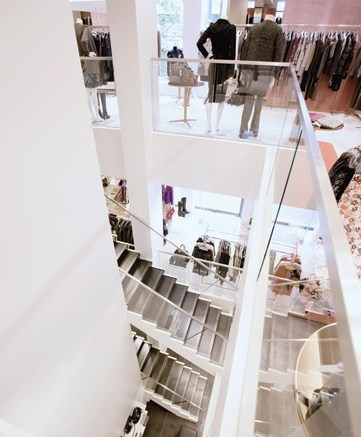 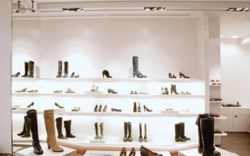 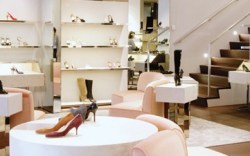 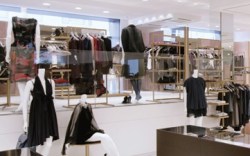 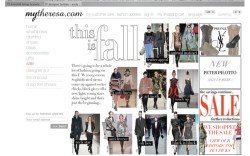 NEW YORK — Even in the toughest of times, opportunity can still knock.

Although 22-year-old Munich-based luxury retailer Theresa has lately seen consumers spending less in its 16,000-sq.-ft. shop, its Website has experienced 50 to 60 percent growth per year since its launch in 2006, said owner Christoph Botschen, who runs the business with his wife, Susanne.

“People are ready to shop online and spend more money online,” he said. “We’re treating it very seriously, and the business is taking off internationally.”

The Website, which includes footwear from designers including Christian Louboutin, Miu Miu, Ugg and Marni, and apparel from brands such as Marc Jacobs, YSL, Anna Sui, 3.1 Philip Lim and Juicy Couture, is operated entirely in-house and features a gift-guide area, a “Shop the Shows” section highlighting pieces straight from the runway and a trend-scouting feature that educates consumers on how to match pieces together.

Though the Botschens also own a small men’s store in Munich, Theresa Men’s Fashion, which stocks high-end apparel and footwear from brands including Balenciaga, YSL and Lanvin, their Website caters only to the women’s market.

Half the sales from the site come from German-speaking markets — mainly Germany, Austria and parts of Switzerland — while the other half comes from customers abroad, including Americans.

“Strangely enough, we don’t do much advertising or marketing in the U.S., but we continue to grow there,” he said, noting that luxury labels, such as Halston, Lanvin and Prada, tend to sell better internationally than in Germany.

At both the online and brick-and-mortar women’s store, shoes have been a sweet spot during tough times. When Theresa opened in 1987, it stocked a small footwear offering to complement the clothing, but having the space and chance to expand, the retailer has continued to add luxe lines.

Now footwear styles from Balmain and Christian Louboutin are selling briskly, while ready-to-wear apparel and handbags have taken a hit.

“Shoes are still okay. They’re at the same level [of sales] they were at last year,” Botschen said, adding that the average price of a pair of shoes ranges from 350 to 450 euros, or roughly $500 to $630 at current exchange.

To fuel sales within the tougher apparel category, the retailer will be making some changes, adding more bridge collections as a response to consumer spending habits.

“We have to react,” said Botschen. “We cut our budget for this spring and again for the upcoming fall, and we’re planning to change the assortment for spring ’10. We will still carry designer lines — that is what we’re known for — but we’re looking more and more for good prices. People are more aware of prices than they used to be three-quarters of a year ago and they’re getting more and more into the bridge collections.”

Theresa also will aim to buy closer to season to avoid early discounting on merchandise in the store.

“We started a sale [in the beginning of June] because we got new merchandise for winter in May, which is insane for us,” Botschen said. “We’re trying to go back to the way it used to be, starting a new season at the end of June, which still is early, but it’s not overwhelming.”

Unlike apparel, the shoe mix is not undergoing a major revamp. “In shoes, we’re more sophisticated, more high-end,” Botschen said, noting that Celine is the newest brand to join the footwear assortment.

Andrew Stewart, commercial director at Rupert Sanderson — which has been working with the retailer since 2006 — lauded the retailer’s diverse footwear mix.

“We particularly like the way Susanne and Christoph interpret the collection and often come up with an interesting colorway or material combination that really gives a new dimension to their buy,” he said. “They are also refreshingly straightforward to work with and approach their Website with an international point of view rather than domestic.”

The Botschens travel abroad several times a year to make sure the store maintains a global mix. “My wife is the fashion [expert], and I’m the numbers man,” Botschen joked. “We attend the fashion shows in Paris and Milan, which are very important, and we see a little bit of London. We always go to New York and the Coterie show there.”

Today, the couple devotes much of their time to scouting brands for the online site and brick-and-mortar store, which attracts mainly 25-to-45-year-old, fashion-savvy professional women.

Botschen said Theresa, situated on a busy shopping street in Munich, continues to stand out among tourists and locals, thanks to its exclusive product mix. For instance, the store is one of only five retailers in Germany to carry Christian Louboutin, and it stocks styles that can’t be found elsewhere.

Theresa also has a long-standing relationship with Prada. It features more of the brand’s footwear styles than even the Prada stores in Munich, and Prada does several exclusives for the store each season. In addition, roughly 10 years ago, the Botschens opened a Prada franchise store in Munich, but returned the shop to Prada Group only a few years later to focus on Theresa.

Those close relationships with vendors proved invaluable when the company decided to venture online.

“There are not a lot of high-end online retailers in Europe because brands don’t want to overdistribute on the Internet,” Botschen said. “They believe it’s dangerous for the label. But we have a good reputation with these brands.”

That said, the Botschens plan to budget funds for online marketing over the next two years to continue to grow their Internet business and compete against other e-tailers such as Net-a-Porter.com.

“Net-a-Porter is very strong, but they’ve got a British fashion taste and [are consistent] with all the magazines. We’re retailers who see the market from a wider European point of view,” Botschen said.

“It’s a big future and I’m happy that we’ve started it,” he said of the Website’s strong start. “It’s a good way to expand into another direction.”